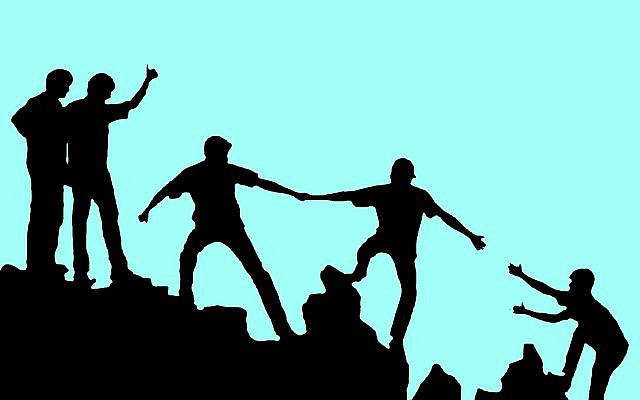 The vicissitudes of our history as Jews have consisted of moments where horror eclipsed the possibility of survival and moments where the sun never seemed to set on our joyous days. What do we take from those experiences? How do we, on both an individual and collective level, internalize the feelings and lessons from those highs and lows? In Parshat Mishpatim, this very question is brought up in the topic of our treatment of a ger (Jewish convert).

Contextually, this parsha follows our treacherous slavery in Egypt, our glorious freedom, and our receiving of the Torah from Hashem. Being mindful of these events makes the idea even more powerful. The pesukim say, “You shall not wrong a stranger or oppress him, for you were strangers in the land of Egypt…If you do mistreat them, I will need their outcry as soon as they cry out to Me” (Shemot 22:20 and 22).

There is a twofold message we can immediately decipher: we should not victimize the vulnerable, as we can personally empathize with their insecurity and isolation, and if we do prey on the weak, Hashem will stand, on their side, so to speak, always fighting for the defenseless.

Nehama Leibowitz notes that the Torah warns against distressing a ger no less than 36 times (Bava Metziah 59b). A daf earlier, the Gemarah denounces one who berates a converted Jew for studying Torah by reminding him of his history (58b). Just from these two instances, we see how seriously the Torah and Chazal (our sages) take oppressing a ger.

The Ramban similarly comments, as we noticed before, that we were once victims at the hands of the Egyptians, but Hashem was our ultimate savior. Now, if we were to harass or belittle the ger, the most vulnerable amongst us, Hashem would surely be his savior.
Significantly, the Ramban is pointing out an uncomfortable irony in that we, Jews who have suffered as a nation and as individuals, could turn to the ger and spit in his face, leaving our history and slavery in the past.

Rav Soloveitchik captures the powerful, eye-opening meaning found in this pasuk. “Our nation was born in the crucible of exile, bondage, and suffering…If our morality had to be one of kindness and chesed, it could not have been formulated for people who knew not what suffering is. Only people in exile could understand and appreciate a morality of kindness” (Abraham’s Journey, p. 197).
The Rav shows us that our history was fundamental to us being moral people of kindness and chesed (charity); we know what suffering looks like, so why would we bring it into the world?

Our Jewish values are supposed to shine through our attitudes and our actions, illuminating the world around us with Hashem’s goodness and instilling divinity into everything we encounter. However, when we act demeaning, spiteful, or selfish, we close the blinds on the burning lantern of our neshama (soul) and allow darkness to conceal the godliness in both the world and ourselves.

When we oppress the ger, when we become the bullies we once feared, we essentially deny Hashem, goodness, and justice entryway into this world. We must always stand by our morals.