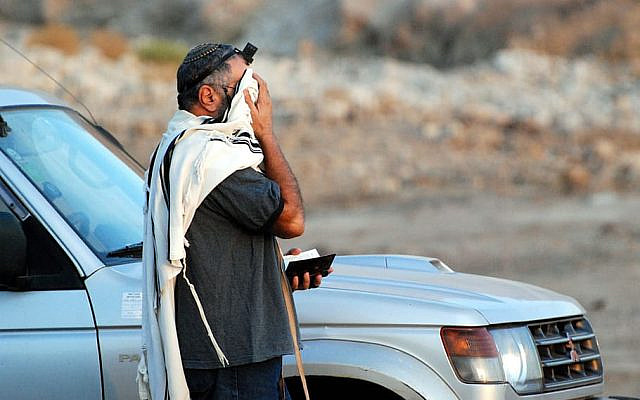 When we speak to Hashem, whether in the form of tefillah (prayer) or an “off-the-cuff” conversation, we can feel a sense of relief and empowerment, finding solace in our unique, individual relationship with Him. Yet, when all is said and done, it can sometimes feel like all we did was leave a heartfelt voicemail, absent of a callback. While this feeling can be discouraging and even exhausting, the truth is that if we want to hear Hashem speaking to us, we just need to tune in.

At the end of Parshat Naso, the Torah recounts that “When Moses went into the Tent of Meeting to speak with Him, he would hear the Voice addressing him from above the cover that was on top of the Ark of the Pact between the two cherubim; thus He spoke to him” (Bamidbar 7:89). On this pasuk, Rashi notes that “the Voice” mentioned was the same voice that Bnei Yisrael heard at Har Sinai when we received the Torah.

The Torah’s description and Rashi’s elucidation depict something really phenomenal: When Moshe entered the Ohel Moed (Tent of Meeting), he attained an awareness and consciousness so pure and perfect that he heard Hashem speaking to him with the identical revelatory status as we experienced at Har Sinai.

Moshe’s capability of speaking with Hashem does not come as a great surprise. At the end of Sefer Devarim, the Torah says, “Never again did there arise in Israel a prophet like Moses—whom the LORD singled out, face to face” (34:10). Moshe Rabbeinu was the greatest navi (prophet) in our history, so in-touch with himself and Hashem that he was privy to the highest form of nevuah (prophecy), the clearest and most direct “reception” when Hashem spoke to him.

Moshe’s prominence as a navi is wonderful, as he spoke to Hashem and heard Hashem speaking to him; so much so was this the case that when Moshe went into the Ohel Moed, as the parsha says, he heard the same voice that Bnei Yisrael heard at Har Sinai!

How, then, does this­ — or can this — apply to our own lives? Must we strive for the impossibility of matching Moshe in order to hear Hashem speaking to us? Rabbi Tzadok Hakohen answers this question beautifully, offering a paradigm-shifting insight that completely revolutionizes our relationship with Hashem.

Rav Tzadok writes that the voice of Hashem — the same voice that Bnei Yisrael heard at Har Sinai— is still “alive” today. Hashem speaks to everyone, Rav Tzadok says, and His voice is heard by those who want to listen; it comes from the depths of our soul, the essence of ourselves. Anytime that we have an inclination, a thought, or an instinct to do good, we are hearing the voice of Hashem, the Soul of our souls and the Source of ourselves (Tzidkat HaTzadik 221).

We are in constant dialogue with Hashem. Nevuah, as Moshe Rabbeinu mastered, is the heightened state of awareness that allows one to clearly hear Hashem with the greatest “reception.” Whenever we have a thought or urge to return to our truest essence and bring Hashem’s goodness into the world, as Rav Tzadok said, we are hearing the voice of Hashem; the question is not whether or not He is answering us. The reality is that Hashem is always talking to us, even at this very moment; the question is whether or not we are listening.