Naso continues with the head count of the Tribe of Levi and their duties in the Tabernacle, and the census concluded “as directed by the Lord” (Numbers 4:49).

This portion refers to three situations related to “leprosy” (tzaraath), unfaithfulness (sotah) and total dedication (nazir) to divine service. In the first case is a reminder that the metzorah (see our commentary on parshat Metzorah) must be expelled from the community.

“Both male and female you shall banish; you shall send them outside the camp, and they not defile their camps, in which I dwell among [in] them.” (5:3)

It is reiterated the Creator does not dwell with anything different from His ways and attributes, hence our attachment to these must be permanent.

If we chose to live in illusions such as evil talk, pride, greed, avarice, and negative patterns, we are the ones who expel ourselves from the oneness that represents God and His people. Let’s remark again that there is no revenge or retaliation for the negative things we do because these are direct consequences of our actions.

Love does not expel us for our negative choices, we expel ourselves from love by choosing ego’s fantasies and illusions. Love dwells among us when we follow God’s ways. We say that love is about trust, and trust comes with loyalty and faithfulness.

We also mention that God and Israel are united in marriage, and such as it is sustained in trust, loyalty and faithfulness.

“When a man or woman commits any of the sins against man to act treacherously against God (…)” (5:6)

Here is clearly stated that transgressing against our fellow man or woman is a direct transgression against the Creator. Again it is indicted that the high priest atones for our transgressions. He is the one in charge to elevate our actions in order to become the vessels of God’s ways and attributes, after we confess and restore or compensate our victims for the damage caused by our negligence or negative behavior.

Regarding transgressions our sages say that “a person does not sin unless a spirit of folly enters into him/her.” (Talmud, Sotah 3a). This teaches that we have to be constantly vigilant against what lures us into ego’s illusions and a negative approach to life.

The portion continues referring to the laws of the nazrite, the person who dedicates himself entirely to the service of God, temporarily or permanently (6:2-21). Then it states one of the most important passages of the Torah. 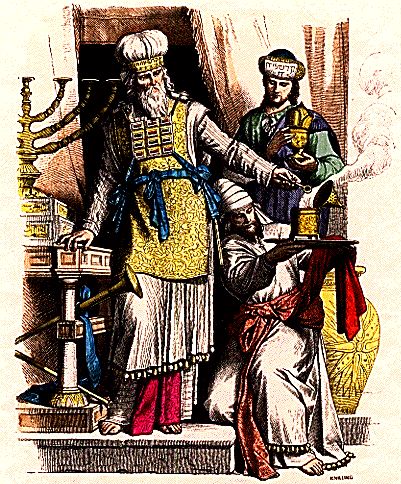 Again the high priest and his descendants, who represent our permanent connection with the Creator, are in charge to fulfill the commandment to bless Israel. Let’s be aware that Israel is the vessel that encompasses our individual and collective traits and qualities, and also our potentials to fulfill the mission to create a place for the Creator to dwell in this world.

Let’s put these blessings in the context of God’s love.

And the blessings are also received by those who put the holy Name upon the children of Israel.

“(…) so that I will bless them (the Priests)” which means that the awareness of our permanent connection to God is also blessed with every blessing bestowed in every aspect of our consciousness, as well as in every quality and trait we have to serve Him.

Interestingly this passage ends with the following verse.

As we see, the priestly blessings are the culmination of the dedication of the highest level of consciousness, the tabernacle, as our permanent connection and unity with God’s love.

The portion continues with the offerings presented by the leaders of Israel on behalf of their tribes. The detailed offerings (all exactly the same) of each are mentioned twelve times.

Why the offerings are repeated if they were all the same? Our sages explain this saying that, although they were the same offerings, each one was presented in every tribe’s own way. This emphasizes the fact that each tribe is different and diverse as our individual traits are. 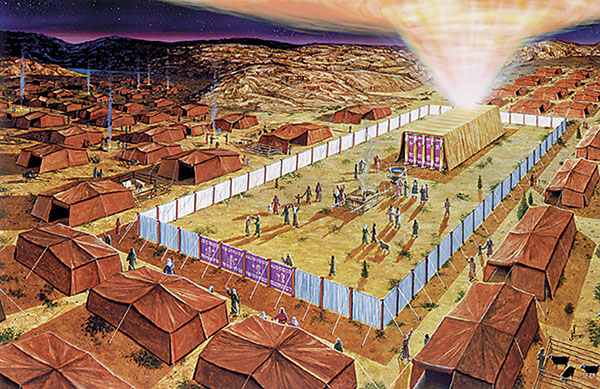 No matter how distinct they are, all have their own abilities and qualities that combined are the perfect vessels to fulfill God’s ways and attributes, in order to reveal His presence in the world.