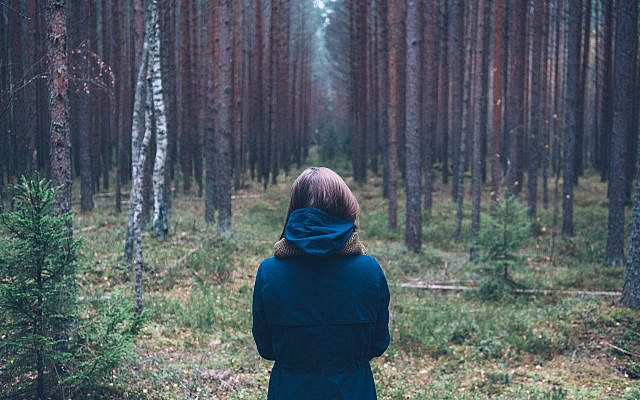 When a doctoral student nears the end of their research, to receive their Ph.D., they must defend their dissertation — the culmination of their work over many years — before a committee. While the committee members throw their questions, the student must stand and defend themselves and their work, for a few hours. Throughout this defense, the student stands, and the significance of that is by design.

Who, some may ask, is this student to stand before a committee of top-tier academics and bear the nerve to suggest that they are worthy to respond to them? While standing surely represents respect, which is a more humble attitude, it also represents a brazen chutzpah (audacity). In Parshat Nitzavim, the Torah highlights this very idea.

Moshe Rabbeinu tells Bnei Yisrael, “You stand this day, all of you, in the presence of Hashem your God — your tribal heads, your elders and your officials, all the men of Israel, your children, your wives, even the stranger within your camp, from woodchopper to water drawer — to enter into the covenant of Hashem your God” (Devarim 29:9-11).  If we can understand the power of a Ph.D. student standing before a high-brow committee, how much more so for Hashem Himself?

Many people perceive Hashem through that idea: He is the Unapproachable, the scary King before whom none can dare to stand. The Gemarah also recognizes the problem of such a mindset. Speaking about the Shemoneh Esrei prayer, in which one is “standing before Hashem,” Masechet Berachot teaches that if one bows too much, others should teach him not to bow (34a). Rabbi David Aaron explains that this is meant to prevent the dangers of self-deprecation in relation to Hashem. In fact, Rav Aaron says, it highlights the power Hashem gives to us, allowing us to approach Him one-on-one and stand before Him, acknowledging us as people of worth, respect, and His love.

Standing before Hashem, however, is not limited to just some instances in life. In actuality, it’s something that occurs well before our lives even begin. According to the Zohar on Parshat Vayechi, before Hashem put us, as souls, into bodies, we stand before Hashem. He shows us the roadmap of our lives, and we commit ourselves to living a life aligned with His will, which, in truth, is our deepest will. Here, even before we exist as humans, Hashem allows us to stand before Him and relate to Him personally and importantly.

Rav Kook understood that people can have, as Rav Aaron often says, a faith that makes or breaks their lives. “Honoring God can lead to either empowerment or weakness,” he writes. “Giving honor to God should give birth to an inner courage within man … But there are people who in their fear and anxiety do not dare to contemplate and investigate the concept of God … Serving God is then the fulfillment of a selfish demand from a Being that desires endless honor” (Middot Hareiyah, “Kavod” 3).[1]

We see from Rav Kook that Hashem is trying to empower us, not embitter us. That’s why in Parshat Nitzavim, we stand before Him, the same way we stand in tefillah (prayer). When we stand before Hashem, He, in a way, becomes our audience. Hashem loves us and wants to hear from us. Hashem sees all our worth and potential — it’s why He lets us stand before Him.

[1] As translated by Rabbi Ari Ze’ev Schwartz in “The Spiritual Revolution of Rav Kook,” p. 43-44