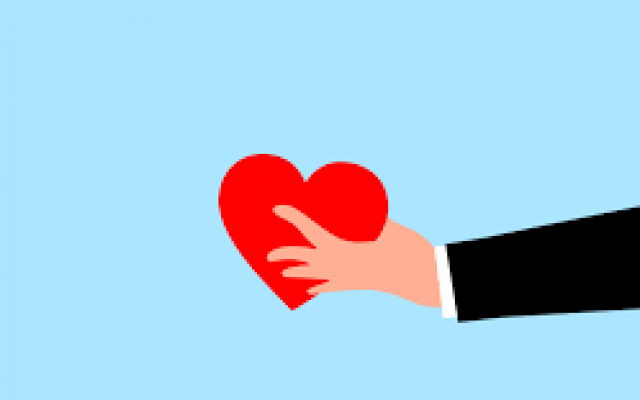 We have all experienced moments of vulnerability and shame. Whether opening yourself to judgment, sharing an insecurity with someone, or asking for help, it’s not easy to show that you need something from someone — whatever that may be. Nearly every time we are in that situation, fear and angst seem to consume us, and we desire more than anything that the moment passes and we receive what we need. However, in those situations, when the roles are reversed and we hold the power, how do we act?

In Parshat Re’eh, Moshe Rabbeinu speaks to Bnei Yisrael about such instances, and his words, while at first glance not particularly novel, signal a deeply important message.  “If, however, there is a needy person among you,” he says, “one of your kinsmen in any of your settlements in the land that the Hashem your God is giving you, do not harden your heart and shut your hand against your needy kinsman. Rather, you must open your hand and lend him sufficient for whatever he needs” (Devarim 15:7-8).

Before breaking this down, it’s critical to understand the framework of Moshe’s words. This is not merely an encouragement of ethical guidance for philanthropy. Rather, this is the mitzvah (commandment) of tzedakah, or charity. The same way we have mitzvot of Divine service, eating kosher, celebrating Shabbat, and the like, Hashem commands us to engage with those in need through charity that stems from loving-kindness.

Simply looking at Moshe’s words, we see an expansion on this idea of charity that connects to our initial point. The goal is not merely to transfer funds to another person but woven into that obligation is to do so with love, authenticity, and respect. Most interestingly, Moshe tells us “do not harden your heart,” implying that, intuitively, our heart is primed to not just give tzedakah, but in its natural state, the heart is “soft,” so to speak; people are intuitively good and compassionate, but the issue becomes when those same people restrict their own natural kindness, when they “harden their hearts.” This epitomizes Hashem’s direction for Bnei Yisrael: It’s not solely about doing the good, rather it’s also about what the good does to you.

In that way, we can channel Hashem’s attributes to reflect His compassion. As we say about Him, “You give it openhandedly, feeding every creature to its heart’s content” (Tehillim 145:16). The Torah emphasizes us “walking in all [Hashem’s] ways,” being a conduit for His light in this world (Devarim 11:22). This connects us with our truest selves as souls, expressions of Hashem’s Endless Light. The greatest proof of that in the realm of science is found in the countless studies about the relationship between giving and one’s own happiness. In two particular studies — one published in Nature Communications in 2017 and the other from the Harvard Business School in 2008 — the research revealed that generosity, specifically with money, actually makes people happier; this was in comparison to those who spent money solely on themselves.

Helping people is excellent, but Hashem challenges us to take that to another level. Instead of focusing only on the effect of our actions, we should also notice the energy of those actions: Are we resentful? Joyful? Disgruntled? Willing? Whenever we bear the upper hand, it’s important to make sure that hand is not just open, but it’s welcoming and happy to help someone in need.