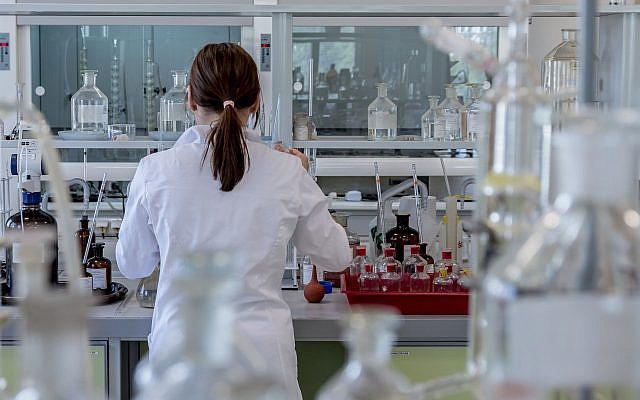 Instinct can be a precarious thing to rely on. On the one hand, our moral barometer can assess and guide us onto a just path, but on the other, our default inclinations can be animalistic and, while natural, at odds with where we need to be going. This duality is difficult to maneuver, and while successful navigation of our initial desires and inclinations can prove them pure and appropriate, the faulty direction can bring dire consequences, as seen in Parshat Shemini.

In the third aliyah, the Torah recounts, “Now Aaron’s sons Nadab and Abihu each took his fire pan, put fire in it, and laid incense on it; and they offered before the LORD alien fire, which He had not enjoined upon them. And fire came forth from the LORD and consumed them; thus they died at the instance of the LORD” (Vayikra 10:1-2). The question surrounding what exactly the problem was with Nadav and Avihu’s action is a common one, and Rav Soloveitchik offers a weighty insight for an answer.

Regarding their action, Rav Soloveitchik discusses a dichotomy of approaches in “religious” living, one Jewish and the other pagan. The former, the Rav explains, requires us to align our will with Hashem’s, awaiting the fulfillment and meaning afterward. A pagan attitude, however, is the antithesis of Torah, beginning with instinct and pleasure, ending with “sin and disillusionment.” Regarding Nadav and Avihu, they deviated on a path of their own will and their own ideals, dooming themselves to failure (Darosh Darash Yosef, p. 223-226).

Nehama Leibowitz expresses a similar perspective as Rav Soloveitchik, writing that Nadav and Avihu “sinned by reaching for God through the dictates of their own hearts rather than the path set by God” (New Studies in Vayikra, p. 124).
The Rav and Nehama Leibowitz have revealed an essential principle to living a life in accordance with Hashem’s will as expressed through the Torah: one cannot follow their own precepts of what is correct, striving after fantastical ideals one created in their mind.

Simply put, the idea contends that actualizing our connection to Hashem through religious actions cannot be based on subjective understandings. More effectively, this teaching explains that goodness is not determined by human perceptions of the world, nor by emotional impulses one feels drawn towards. “Good” is objective, actualized through values and performances that Hashem outline in the Torah.

On a deeper level, as Rabbi David Aaron often explains, if we want to channel goodness and justice through our actions, we need to consciously connect ourselves to Hashem, reclaiming our identity as neshamot (souls) through the Torah’s guidance. In this regard, our instinct has value, but it must be rooted in the ideals of the Torah, striving to follow in the ways of Hashem.

When Nadav and Avihu offered the “alien fire” to Hashem, they approached spiritual growth and development through, as the Rav describes, the “pagan approach.” Life cannot be lived through subjective pursuits of attaining the fluid description of what is good. The Jewish approach urges us to return to our truest essence through Hashem’s wisdom in the Torah; good is a science, and if we want that as our result, then we need to follow the divine formula.