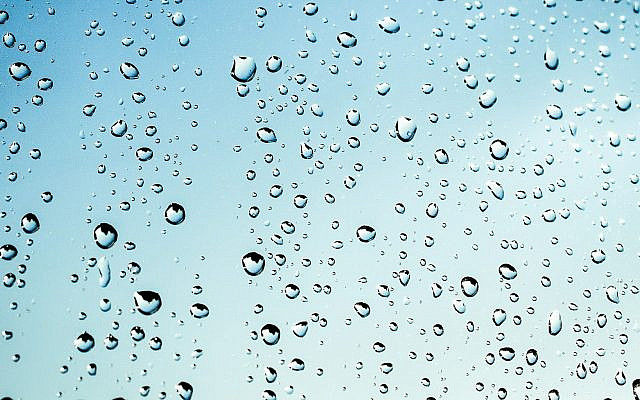 Water has the potential to channel chaos or calm, a duality found throughout the world. Torrential downpours and raging waves are water manifested in mayhem, but still, seas and gentle drizzles represent the opposite. While this divergence of expression may exist with other elements, water can embody either of these states in natural ways. Rather than merely being a cool observation, this idea can deepen our understanding of a mitzvah that plays an active role in Jewish living today: mikveh immersion.

Near the end of Parshat Shemini, the Torah mentions the qualifications for a mikveh, used to immerse and purify oneself or particular items: “However, a spring or cistern in which water is collected shall be pure” (Vayikra 11:36). Discussing the specifics, Rambam writes in Mishneh Torah that a space must be filled with enough water for an individual to completely immerse themself. The space, he explains, was determined to be at least one-by-three cubits, holding at least 40 seahs — about 60 gallons — of water. Elsewhere in Mishneh Torah, Rambam discusses something that perhaps enters the mind of most: What is going on with the mikveh? For Rambam, the answer is that we cannot fully understand it. These are “not things which the human mind can determine; they are classified as divine statutes,” he explains. “So too, immersion as a means of ridding oneself from defilement is included among the statues.”

Rambam goes on to explain that impurity and defilement, in the Torah sense, are not physical, rather they “depend on the heart’s intent.” He notes that if one immerses in a mikveh without a conscious intention to do so, it is meaningless. But Rambam believes that there is a meaning within the mikveh: “Just as one who sets his mind on becoming clean becomes clean as soon as he has immersed himself, even though nothing new is produced in his physical being, so one who sets his mind on purifying himself from all the spiritual defilements, namely wrongful thoughts and evil traits, becomes clean as soon as he made up his mind to abstain from those notions, and brought his soul into the waters of reason.” Our intention can transform an action from human to holy, taking the mikveh from meaningless to meaningful. In another view, however, there is more buried within the mikveh.

The Midrash writes that the mikveh has an innate connection to the spiritual. The Torah connects it to a spring because “just as a spring is made by heaven, so a mikveh must be made by heaven” (Sifri, Shemini 9:1). What could it mean for a mikveh to made from heaven? Perhaps we can understand this from a comment by Rebbe Nachman of Breslov. In Likutei Moharan, he writes that the mikveh can save one from “all their troubles.” He goes on to explain that, in the depths of a mikveh, is “supernal lovingkindness.” This may be where we can understand why the mikveh is to be “made from heaven.” Our conception of the Divine is that ultimate cleansing, which in this case can be thought to be an immersion in a love so benevolent and genuine that it completely cleans one of all their sin. There almost seems to be a contradiction in that process, that something so pure and holy can clean off, so to speak, the impure and unholy without damaging itself in the process. This relates to our original idea of water.

Water can harness the center between calm and chaos — being the calmness of purity and the chaos of impurity. Immersion in the mikveh is like a return to the Divine womb, a place in which we can find pathway between the two. Like life itself, that journey requires an all-in mentality. 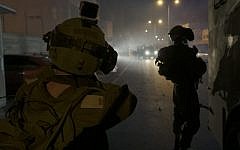