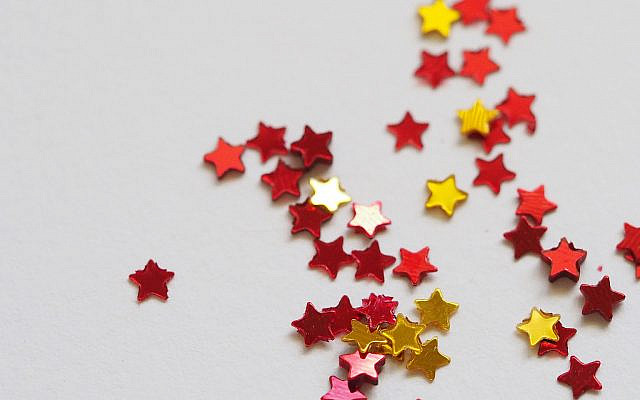 This week begins a completely new book of the Torah. But, from the first few pesukim, it’s hard to tell. This new sefer begins by repeating what we already know. “These are the names of Bnei Yisrael who came to Egypt with Yaakov, each came with his household” (Shemot, 1:1). The pesukim then proceed to list the names of the shevatim. Just in case we had forgotten. Why?

Rashi, quoting the Shemot Rabbah, explains that the repetition shows how beloved the shevatim were – that they are named again (Rashi, Shemot, 1:1). The Torah is not quite ready to let go of these characters – and, as the foundation of the Jewish nation, their names and presence do hover over the rest of Jewish history. Rashi continues, comparing the tribes to the stars: just as Hashem numbers and names each star (Isaiah, 40:26), He again numbers and names each of the sons of Yaakov. The Gur Aryeh clarifies that the names of the tribes are repeated again specifically because the tribes are compared to stars (Gur Aryeh, Shemot, 1:1). The Gur Aryeh quotes Shemot Rabbah: “twelve tribes parallel to the twelve star signs” (Shemot Rabbah, 16:6).

This midrash echoes another time the twelve brothers are compared to stars. In Yosef’s second dream, his brothers become stars bowing down to him. However, eleven are the stars in Yosef’s dream (Bereishit, 37:9), not twelve. And this dream leads to animosity between the brothers, “they were jealous of him” (Bereishit, 37:11). This dream triggers the brothers selling Yosef; this dream triggers hatred and slavery and exile and mourning. When there are eleven stars, it leads to trouble. But now, at the beginning of Shemot, there are twelve names. Yosef is mentioned separately to his brothers, because he was already in Egypt (Shemot, 1:5). But apart from this geographical separation, the brothers are united; we saw their complete reconciliation after Yaakov’s death last week. The midrash talks of twelve brothers parallel to twelve star signs. When there are twelve brothers, there are twelve stars, and Hashem counts them and lists them repeatedly because they are beloved in their unity.

Each brother is named; each brother is important. This is something Miriam teaches in this week’s parsha – the importance of every single person. The Gemarah tells us that Amram separated from his wife Yocheved after Pharoe’s decree against baby boys. The men of the generation followed his example. Until his daughter Miriam intervened. “Your decree is harsher than Pharoe’s! Pharoe decreed against the males but you are decreeing against the males and the females!” (Sotah, 12a). Consequently, the pasuk tells us “a man from the house of Levi married the daughter of Levi” (Shemot, 2:1). Amram and Yocheved got remarried. Every child is important.

At times, this week’s parsha seems to be full of characters who are only Moshe’s supporting cast: anonymous midwives, Miriam, Aharon, Yitro, Tzipporah, Bat Pharoe. Some of these characters develop more fully as the weeks go on, some we never see again, some are not even named by the pesukim. Yet each one of them is important. Without each one of them, there would have been no Moshe. Moshe’s name itself, the name Hashem calls him (Shemot 3:4), is the name given to him by the unnamed daughter of Pharoe. Each person is important, each person has a role to play. Each person has a lasting impact.

And the decision is in our hands. When Hashem first appears to Moshe, at the burning bush, “He called to him from the middle of the bush and He said ‘Moshe, Moshe!’ and he said ‘here I am’. He said to him ‘do not come closer. Take off your shoes from your feet because the place on which you are standing is holy ground.’” (Shemot, 3:4-5). If the ground was so holy, if there was such urgency to take off his shoes, why did Hashem not give Moshe this command immediately, instead of waiting for Moshe to reply first? Rav Shimshon Raphael Weiss offers the following answer: perhaps the ground only became so holy once Moshe replied “here I am”, once Moshe answered the Divine call, once Moshe realised his importance and chose to be part of history.

It is up to us too to answer the call. We are all special, we are all important. But we all decide what impact we will have.