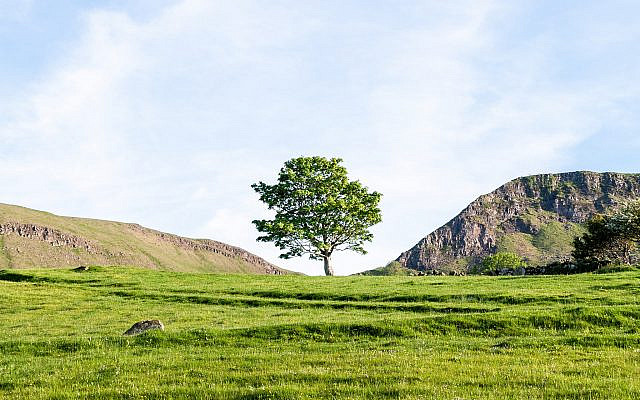 Photo by Dimitry Anikin on Unsplash

At the end of this week’s parsha, Moshe juxtaposes two strange and seemingly totally unconnected commandments. First Moshe tells the Jewish people that when they go out to war and destroy a city, “do not destroy its trees… you may eat from them but you may not cut them down. Are people trees of the field to run before you into the besieged city?” (Devarim, 20:19). Immediately following this instruction, Moshe addresses the laws of the eglah arufah. This was a ceremony carried out “if you find a corpse… lying in the field and the identity of the murdered is not known” (Devarim, 21:1). In such a case, the elders of the city nearest to where the body was found would take a cow (eglah) and break its neck (arufah). The Torah tells us that this ceremony had to occur specifically by “an ever-flowing stream which has not been ploughed or sown” (Devarim, 21:4).

The Gemarah first suggests that perhaps it means the person did not have any children, but then rejects that suggestion because it would mean that in the case of a person who couldn’t have children the eglah arufah ceremony would not be carried out. Rather, the fruit is a metaphor for mitzvot. The person who was murdered was robbed of the opportunity to continue doing, to continue acting and having an impact on this world. This connection between a person’s actions and their offspring also occurs in Bereishit: the pasuk tells us “these are the generations of Noach – Noach was a tzadik” (Bereishit, 6:9). All the commentators are puzzled as to why the Torah introduces the generations, the children, of Noach and then proceeds not to list his children but to tell us about his deeds! Perhaps it is because of this, because a person’s children and their actions are connected. Children and actions are both offspring, the “fruit” a person produces. They are the ways in which a person has the biggest impact on this world and is able to effect change.

Perhaps this is also the symbolism of the commandment not to cut down fruit trees. Rambam explains that one of the reasons for this mitzvah is to prevent unnecessary destruction (Mishneh Torah, Hilchot Melachim 6:8). Specifically, this is applied to trees that produce fruit, that produce offspring. Moshe is highlighting the importance of our actions in this world, and warning against actions which minimise the fruits produced – either by a tree of by a person.

This is an important message for us as we enter Rosh Chodesh Elul. Moshe juxtaposes these two ideas to show us the importance of our actions and the power we have to impact this world. As we approach Rosh Hashanah and begin to think about our actions and impacts over the past year and areas in which we can improve, this is something important to focus on. The reason we are judged is because our actions have power. Are we acting correctly?