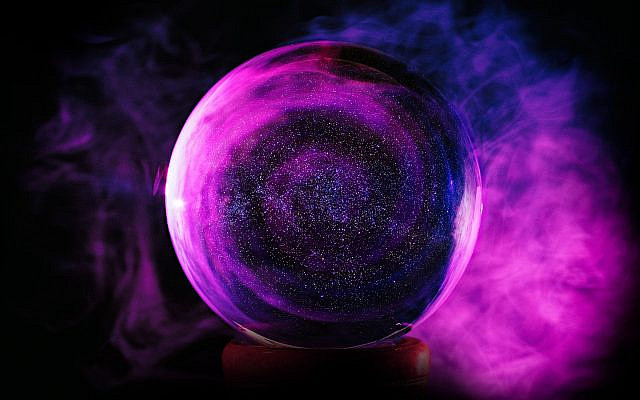 If someone could tell you your entire future, would you listen to them? On the one hand, there’s something enticing about knowing what awaits us, relieving ourselves of the stress of the unknown. On the other hand, it also seems like there’s a certain dullness waiting to cloak our lives, eliminating all the risk and excitement that comes with uncertain decision-making. In Parshat Shoftim, the Torah warns us of and forbids us from chasing after this unassuming danger.

Moshe tells Bnei Yisrael, “When you enter the land that Hashem your God is giving you, you shall not learn to imitate the abhorrent practices of those nations. Let no one be found among you who consigns his son or daughter to the fire, or who is an augur, a soothsayer, a diviner, a sorcerer” (Devarim 18:9-10). Rashi explains that each of these types of people tries to predict and intuit the future through different forms of witchcraft.

Commenting specifically on the diviner, the Midrash explains that this is one who takes a stick in their hand and says, ‘Shall I go, or shall I not go?’ (Sifrei Devarim 171:6). They assign a certain divinity or prophetic insight to a stick, prescribing a god-like status to something rather arbitrary. The prophet Hoshea recounted this issue in his time, saying, “My people: It consults its stick; its rod directs it. A lecherous has made them go wrong, and they have strayed from submission to their God” (4:12).

Obviously, there is something very problematic and idolatry-like about sorcery, especially when it so explicitly proclaims a prophetic and divine status to sticks. However, it is also important to explore what can be so dangerous about trying to predict the future through witchcraft and sorcery. The question stands whether or not one assumes this is trickery posed as holding legitimate powers or actual powers that misappropriate celestial and divine means.

The Tur HaAroch assumes that, generally speaking, every person naturally desires to know the future, to know what awaits them in one day, one month, one year; the uncertainty is unsettling. However, the Tur HaAroch says, the reason why it’s forbidden for us, the Jewish People, to even engage with these sorcerers is because Hashem already gave us the prophets. They reveal to us all that is necessary to be known to us — the ruinous consequences of our harmful actions or the coming of Mashiach in the future with our third Beit HaMikdash. Anything more than that oversteps what is meant for us to know. The Rashbam agrees with this position, adding that these means completely sidestep Hashem from the dilemma, so to speak.

Of course, there’s something to be said about the definite and guaranteed closure during a difficult time. Yet, as the above opinions said, if we needed to know something about the future, then the prophets would tell us, and even then, it would be a mere glimpse. Perhaps, underlying this prohibition we can identify a fundamental tenant of Judaism: We don’t want spoilers.

When we go to watch a film or read a book, we can usually intuit that it all will “work out” in the end, but would we want someone to spoil the next scene or chapter? Such an approach stands in direct opposition to the entire experience! The same is true for life: Life was meant to be lived. While the unknown can be disconcerting, it is necessary for the world. Hashem created life with great risk but even greater reward. He wants us to maximize the love, passion, excitement, and power that comes with it all, and to do that, we can’t accept any unplanned spoilers.