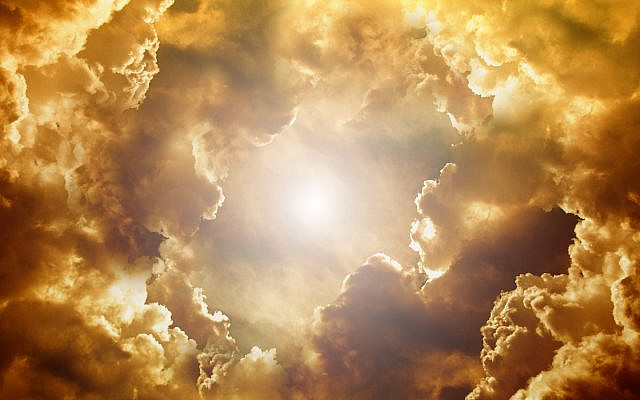 Is physicality in opposition to spirituality? Our personal experiences suggest the answer is a resounding yes. We “feel spiritual” doing things saturated with emotional and experiential power rather than those doused in materialism. This may be what we are familiar with, but that does not necessarily make it so. One area where this may apply is regarding our dress. Clothing is thought to be, by some, as the epitome of superficiality, in line with vain beauty. This view attributes it to a worldly definition: Garments do not inherently reflect upon one’s character or anything else about the self — it is meaningful insofar as others perceive it. But how true is that?

From Parshat Tazria, we can see that physicality does not oppose spirituality. It complements it. The parsha largely discusses the biblical skin-disease known as tzaraat, which was born from one engaging in prohibited speech (gossip, slander, libel, and the like. The Torah details how this speech causes the birth of tzaraat, and the “recovery” process is meticulous and complex. Most relevant to our discussion is when the Torah speaks about tzaraat occurring not on someone’s skin but on someone’s clothes: “And a garment in which the plague of tzaraat occurs, whether of garment or wool … it shall be shown to the kohen” (Vayikra 13:47,49). Tzaraat is a spiritual disease, not a medical one. That already categorizes it as an oddity, but that it can even affect articles of clothing makes it even stranger.

Ramban’s comment on that first pasuk introduces an answer that we will flesh out. He says that there is nothing natural about tzaraat, adding that it never occurred outside of the land of Israel, but then he veers into an incredible note. “When Israel is wholly for Hashem, His spirit is always upon them,” he explains, “to maintain their bodies, clothes and houses in a good appearance.” Thus, when tzaraat appears upon one’s clothes — or even one’s home — it is a sign that Hashem has turned away from them. Clearly, in Ramban’s view, there is a powerful linkage between the physical and the spiritual, at least in the case of tzaraat. Still, there is missing information.

Rebbe Nachman of Breslov’s in Likutei Moharan 75:11, writing can fill the gaps. “As a result of the shattering, sparks fell into all things, into food, into drink, into clothing, and into all the pleasures of the world,” he says. This “shattering” refers to the Kabbalistic idea of Shevirat Hakeilim, the Shattering of the Vessels. For our purposes, the relevant information is that when Hashem created existence, He created 10 “vessels” to receive His Endless Light. Ultimately, they could not, and the vessels shattered, and our world is gradually mending those vessels to completion. Rebbe Nachman is pointing to the idea that after this “event” (put into quotes because it holds deep allegorical and literal significance), Hashem’s light was spread throughout the world as sparks of Godliness, contained in everything. Thus, Rebbe Nachman believes “the pleasure that is gained when we eat, drink, and the like, this is from the sparks that fell there.” Our clothes can contract tzaraat because our clothes contain sparks of Godliness. When those sparks shine, our clothes will shine; when those sparks die, our clothes will die.

The idea of divine sparks adds an important foundation to Ramban’s comment in our parsha. But more importantly, it lays a foundation to answer our initial question: No, physicality is not in opposition to spirituality. Everything has the potential for immense spiritual expression, including something as “superficial” as our clothes. The divine sparks are waiting to rise, waiting to shine across the world. The onus is upon us to do so, to find the spiritual in the physical.