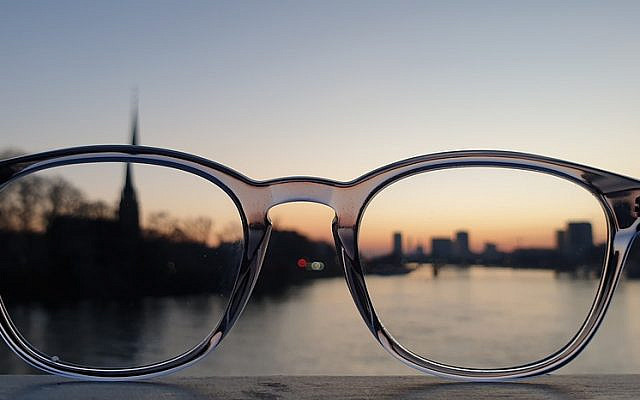 Glasses with a skyline view (Pixabay)

In Parshat Toldot, a saga of sibling-rivalry, deception, and covenantal destiny takes place. The Torah begins with Rivka’s pregnancy of Esav and Yaakov, as Hashem tells her: “two nations are in your womb… and the older shall serve the younger” (Bereishis 25: 23).

Fast forward some time later, and Esav—tired and hungry—trades his birthright with Yaakov for red lentil soup. Following Rivka’s advice, Yaakov impersonates Esav and has their blind father Yitzchak grant him the firstborn blessings. Esav becomes distraught by this, vowing to kill Yaakov once Yitzchak has passed.

Classically, the model of Yaakov and Esav is taught quite simplistically: Yaakov was good, and Esav was bad. However, few things in life are black and white, and I believe this parsha is no exception. Yaakov receiving the blessings from Yitzchak and Esav’s subsequent reaction are more complex and nuanced than seen from the first glance.

Nehama Leibowitz compiled many commentaries on the question of Yaakov’s deception to accept Esav’s blessings.

Garbed in Esav’s clothes and added hair, Yaakov came to his bling father with a prepared dish to his liking. The ensuing dialogue shows Yaakov lie or maneuver his word choice (depending on the textual understanding) to be perceived as his older brother.

HaKetav VeHaKabbalah reads that when Rivka told Yaakov the plan, through his language, he exhibited a great reluctance towards outwitting his father. This is one route of praise, as other commentators understand that Yaakov’s dishonesty was necessary.

Nehama interestingly notes of the motif of deceit present throughout Yaakov’s life, such as when his sons later mislead him with Yosef’s bloodstained, multi-colored coat, or when he is tricked into marrying Leah, the sister of his true love, Rachal.

After the trade of soup for birthright, Rashi comments on “thus Esav despised the birthright” that the Torah is testifying to Esav’s wickedness that he despised serving Hashem (Bereishis 25:34). Here, Esav is seen in the more traditional sense that he embodies evil.

Rabbi Jonathan Sacks also shows some complexity by depicting Esav’s discovery of his loss of the firstborn blessings in a candid, heartfelt perspective. He highlights that the Torah uncharacteristically details Esav’s emotional state, trembling, sobbing, and pleading for Yitzchak to give him a blessing. Granted that he traded his birthright for a bowl of soup, we can still sympathize with Esav in this deeply emotional moment (Covenant & Conversation: Genesis).

The above ideas were not presented in order to reach a definitive understanding of Yaakov and Esav as figures in the Torah; we can see, however, that neither of them—nor their choices—cannot be simply categorized into camps of good or bad.

Nothing in life is black and white. It’s a cliché, but that does not diminish its significance. We often find ourselves labeling places, experiences, and people with absolute terms, but life is more nuanced than that.

People have backstories, experiences have circumstances, and places have histories. Whether your sibling yells, the waiter acts rudely, the concert gets cancelled, or the community seems unfriendly, remember that things are more complex than your limited experience.

Your sibling failed his test; the waiter’s mother is sick; the performer’s bus broke down; the community suffered a great loss. Life is filled with nuance; nothing can be seen through black or white lenses.