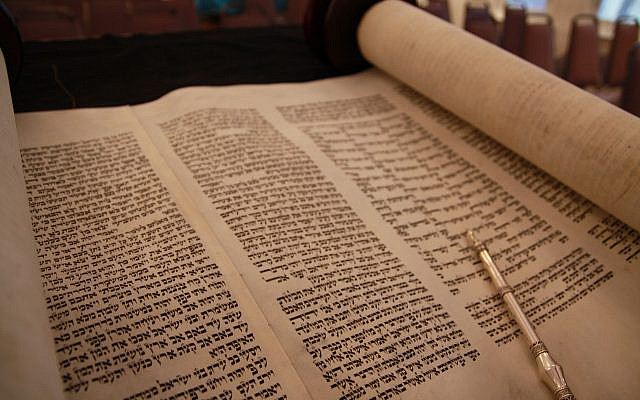 Anyone who reads the Torah will know that there is one recurring character who dominates the dialogue, action, and plotline: Hashem. It’s strange to associate Hashem with the mundanity of characters in a novel, but that idea is important when reading and understanding the Torah. This is because, as Masechet Berachot tells us, “The Torah spoke in the language of man” (31b), which the Rambam understand to mean that God’s description in the Torah is not literal.

There are many layers to this idea. For phrases that write about Hashem’s body parts, such as His “strong hand,” we find them easier to identify as metaphors; of course, Hashem does not have a physical hand or arm. But other areas are murkier. One recurring example is the different names the Torah attributes to Hashem, and the beginning of Parshat Vaera particularly points to this.

The parsha begins with Hashem telling Moshe, “I am YHVH. I appeared to Avraham, Yitzchak, and Yaakov as El Shaddai, but I was not known to them by My name, YHVH” (Shemot 6:2-3). The name “YHVH” is the non-pronounceable Tetragrammaton, spelled yud, hey, vav, and heh.

Hashem is telling Moshe something fascinating: Not all people “see” Him the same way. Avraham, Yitzchak, and Yaakov were limited in their perceptions and relationships to Hashem. This can be likened to one’s relationship to an individual. Those who interact with that person as a co-worker, child, spouse, or friend will see and relate to that individual through those limited contexts. Names are like titles — different names represent different titles, which represent different relationships. Thus, Hashem tells Moshe, “I am YHVH,” but the forefathers did not relate to Me as such. What, then, does “YHVH” connote?

In Moreh Nevuchim, Rambam writes, “It is well known that all the names of God occurring in Scripture are derived from His actions, except one, namely, the Tetragrammaton … It is the distinct and exclusive designation of the Divine” (1:61). El Shaddai, Elokim, Adonai, and the like are some of Hashem’s many names the Torah uses, and according to Rambam, they are each only titles, singular aspects of Hashem. That is like a woman Chana called “mother,” “doctor,” “friend,” etc. Each title signifies a different function of the essential Chana.

In that vein, Rambam says, YHVH is the essential name of Hashem — it is the core name that most wholly identifies Him. Naturally, the next question is: Who is Hashem?

It would be quite audacious to suggest that anyone could understand or know Hashem in an objective, complete way, as Hashem tells Moshe, “for man may not see Me and live” (Shemot 33:20). What we do know, however, is that Hashem is surely not the character portrayed in the Torah. As the gemarah said, quoted above, “The Torah spoke in the language of man.” That means that when Hashem is portrayed as a Being Who is angry, jealous, vengeful, forgetful, or bound by any singular emotion, the Torah is telling us something metaphorical, not literal.

As seen with Hashem’s names, there are different doors to accessing the Divine. Some are through specific metaphors, and others are through specific relationships. The important point is that we don’t lose sight of the analogy and take it as the reality. Hashem is, as He told Moshe, YHVH. His other names signal specific “roles” He plays, and similarly, our descriptions of Him capture deeper ideas we are meant to understand. So, when we read the Torah, we must heed Hashem’s words and think: How will we let Him be known to us?