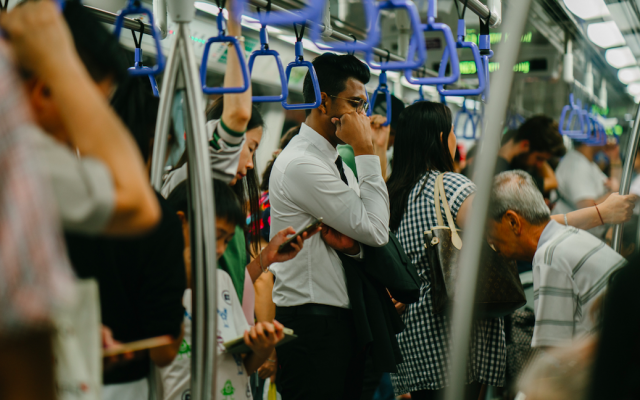 Private moments hold an intimate quality to them. Privacy is born from seclusion—whether by intent or chance—from others. In that space, where two selves face one another, the intense presence felt between them is intimacy. The conversations, the laugh, all of it, are created in secrecy. Those in the public cannot know what occurs in closed quarters unless someone discloses that information. And if they do, it begs the question why. For Moshe, that question emerges in Parshat Vaetchanan.

Devarim as a whole is by Moshe’s account. He decides what to include, how to frame it, when to say, and how to share it. Moshe is, as it were, the writer, speaker, and editor. Many things occurred during his trek through the desert with the people, surely in the decades spent in the wilderness. In the parsha, Moshe offers a gaze through the window of his memories into a rather private conversation he had with Hashem.

“I pleaded with Hashem at that time,” Moshe recounts to the people. “Please, let me cross over and see the good land on the other side of the Jordan, that good hill country, and Lebanon.” The response was swift and forceful: “Enough—never speak to Me on this matter again.” Then, Hashem tells Moshe that he will never pass beyond the Jordan, reminding him that Yehoshua will lead the people when he passes (Devarim 3:23-28). This could not have been easy on Moshe. One can imagine how his world collapsed, his hope, over his dreams which lay as fragmented shards before him.

Contemporary Torah scholar Dr. Avivah Zornberg asks a critical question: Why does Moshe share this with the people? The Torah made no mention of it earlier, and without his disclosure, it would forever remain a private, intimate moment between him and Hashem. Yet, he opens himself before the people in deep vulnerability. Why?

Dr. Zornberg points to a powerful Midrash. Rabbi Tanchuma says in Devarim Rabbah 3:11 that Moshe was implicitly telling the people, “You are crossing over. I am not crossing over.” It opened a door for them, that they should daven for God’s compassion and mercy upon Moshe, as he had done endless times. But “they did not understand.” No prayers were made, no petitions sent, no tears shed. “To what is this compared?” Rabbi Tanchuma asks. It’s like a woman whose husband informs her that he will marry another. She gathers their children and asks them: Have you heard that your father will take another wife to be your mother? Are you sure you can work with her? Their reply is a simple yes. They, the Midrash, says, “did not understand.”

Had the people davened for Moshe, sought to transform themselves and thereby transform his fate, the story may have ended quite differently. Maybe he would have seen the good land. Perhaps he would have breathed the Promised Land’s air. His dreams could have found actualization. What must it feel like to see your dreams, just beyond your grasp, only to dissipate before your eyes? Moshe knows.

Moshe turned to the people with his intimate moment to evoke their concern and, thus, their prayers. He needed them to see him in his vulnerability, to see the hidden tears of a longing soul breathing its last breath, then something could have changed. The task for ourselves, then, is to see one another in our vulnerability—to not merely look, but to see. Kind eyes and a loving heart can open doors to unfathomable possibilities. They could have done so for Moshe, now, for us.