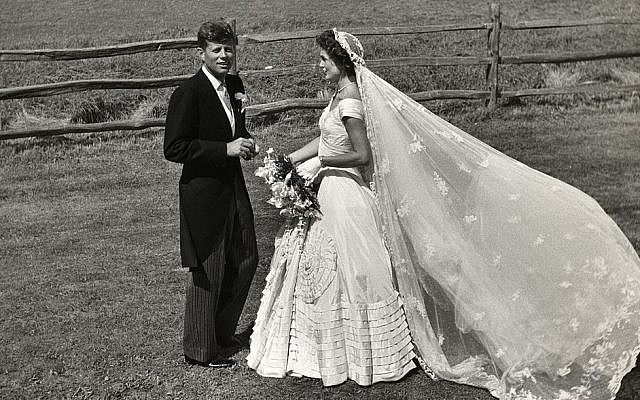 The socialite event of the season was held on September 12, 1953. The marriage of 24-year-old Jacqueline Bouvier and newly elected Massachusetts senator John F. Kennedy was celebrated by some 700 guests at the ceremony in St. Mary’s Church in Newport, Rhode Island, and 1,200 at the reception.

As the photos of the big day show, the bride’s dress was magnificent. The New York Times at the time described it as made:

Of silk taffeta, with a fitted bodice embellished with interwoven bands of tucking, finished with a portrait neckline and a bouffant skirt.

Recently Elle described the gown as “one of the most iconic wedding-day looks of all time.” 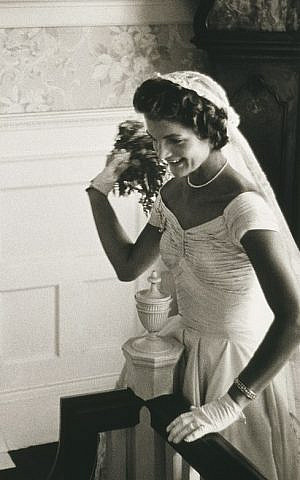 The dress was designed by Ann Lowe, who had designed dresses for the most fashionable, elite families in America – including the du Ponts, the Roosevelts and the Rockefellers. Jackie’s mother, Janet Auchincloss, loved Lowe’s designs, and had already ordered several dresses from her for herself and her daughters.

Lowe was born in rural Clayton Alabama in 1898. She learned dressmaking from her grandmother, the daughter of a slave woman and the plantation owner. Both Lowe’s grandmother and mother were seamstresses to the wealthy Alabama upper crust.

Lowe’s mother died when Ann was only 16, while still making four ballgowns for the governor’s wife. Anne finished the order and took over the business.

When she was 18, Lowe was accepted to the New York fashion school, S.T. Taylor Design School. It was only when she arrived to take up her place in the school that they realized she was black, and they forced her to take the classes in a separate classroom to keep her segregated from the white students.

After graduating, Lowe moved to Tampa, Florida, where she opened a very successful salon, catering to the glitterati. In 1928, she moved back to New York. For a while she worked on commission for such upmarket stores as Henri Bendel, Chez Sonia, Neiman Marcus, and Saks Fifth Avenue. She designed the dress that Olivia de Havilland wore to accept her Academy Award in 1947, though the name on the label read “Sonia Rosenberg.”

In 1950 she opened Ann Lowe Gowns on Lexington Avenue. She was very selective in who wore her dresses, describing herself as “an awful snob.”

I love my clothes and I’m particular about who wears them. I am not interested in sewing for cafe society or social climbers. I do not cater to Mary and Sue. I sew for the families of the Social Register.

Creating the wedding gown for the future first lady and her entourage was perhaps the most high-profile and ambitious project Lowe had yet worked on. She and a team of seamstresses, designers and assistants spent two months turning the 50 yards of silk taffeta into the iconic dress.

But, 10 days before the wedding, a water pipe burst in Lowe’s studio, ruining the bridal gown and several of the bridesmaids’ dresses.

Lowe’s biographer, Julia Faye Smith, described the incredible dedication that, despite the setback, allowed the designer to deliver the dresses on time.

Wiping tears away and calling on her intrinsic gumption, Ann purchased more of the exquisite fabrics, hired extra help to help her staff, and they all worked night and day to, once again, complete the wonderful assignment.

Instead of earning $700 for her work, the Kennedy wedding dress ended up costing Lowe over $2,000. But she never told the bride or her family. She told herself it didn’t matter that she lost money on this dress, because after the wedding, her name would be known throughout the country, and her fame would bring in many more commissions and even greater profits.

When she went to Newport to deliver the dress, staff told her to use the servants’ entrance at the back. Reportedly, she replied, “I’ll take the dresses back if I can’t go through the front door,” and walked straight in.

The wedding and the dress were covered extensively in the American press and around the world. But when reporters asked Kennedy who made her exquisite dress, she replied, “a colored dressmaker did it.”

Although deeply hurt, Lowe continued to work with Kennedy. Years later, when Lowe’s eyesight and business were both failing, an anonymous benefactor stepped in to save her. She always believed that person was Jackie Kennedy.

Today, some of Lowe’s dresses are on display in Metropolitan Museum of Art and the Smithsonian Institution’s National Museum of African American History and Culture.

However, when Lowe died on February 25, 1981, she was virtually unknown. Her designs had by then gone out of style, and she never got the recognition she deserved for her work.

The first of this week’s two Torah readings, Vayakhel, describes the construction of the Tabernacle and its utensils. 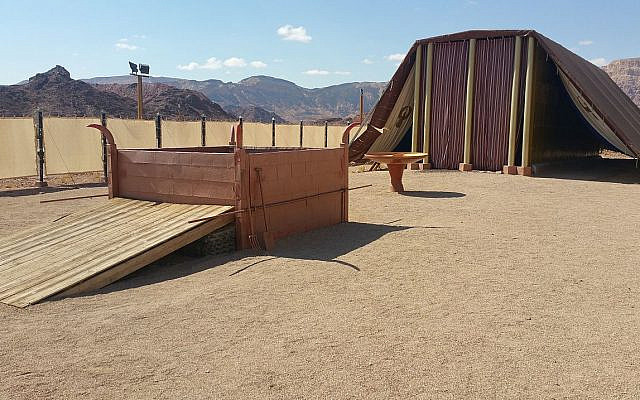 The Tabernacle was two tents of woven material. The inner fabric, that was only visible to the priests who entered inside, was beautiful, twinkling like the stars at night.

The Torah (Exodus 35:25) describes how the inner fabric was woven:

Every wise-hearted woman spun with her hands.

The fabric was made of blue, purple and crimson wool, spun together with white linen threads and gold. The Talmud (Yoma 72b, based on Exodus 26:1) explains the intricacy of the work. It was woven in such a way that on one side there was a picture of a lion but seen from the other side it was an eagle.

It was covered with another tent made of coarse goat hair, as stated in Exodus 35:26:

All the women whose hearts inspired them with wisdom, spun the goat [hair].

Rashi (based on Shabbat 74b) explains that the women had such incredible skill that they were able to wash, clean and spin the goat hair while it was still on the backs of the goats. 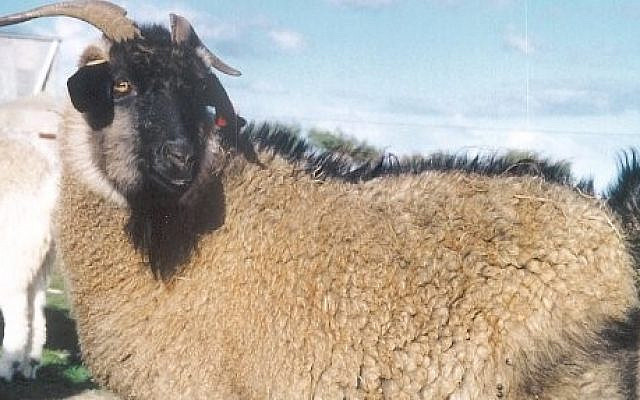 The Talmud (Shabbat 99a) explains that the skill required to spin the outer goat hair fabric was even greater than that necessary to make the multicolored inner material.

The rabbis of the Talmud understood the phrase, “whose hearts inspired them” to denote a superior level of ability.

It is nice that the Torah and the Talmud give recognition to the women who made the Tabernacle. Unlike Lowe, who was spurned by Kennedy, the women’s contribution to the construction of the portable Temple is specifically noted.

But the question remains, why did the construction of the Tabernacle require greater effort and skill to make the plain, coarse, outer tent, which was mainly just to provide protection to the beautiful inner fabric?

Nowadays, there is no Tabernacle and no Temple. But the modern analogy is to the home.

Perhaps the message here is that we expend a huge amount of effort making the inside of our homes beautiful. We try to interact with those around us in a way that spins together many threads, and often we need to show two opposite faces – that of a lion and that of an eagle.

But it takes even greater skill to wrap up the beauty of the home and protect it from the outside. To weave and spin a layer around the home that ensures that we can maintain everything within.

As we sit inside our homes, confined by a deadly disease, we have the opportunity to focus on creating the beauty of the Tabernacle and seeing it from the inside, while ensuring that we protect ourselves from the outside dangers.

I first heard about Ann Lowe and Jackie Kennedy’s wedding dress on a wonderful podcast from The Memory Palace. Check it out.