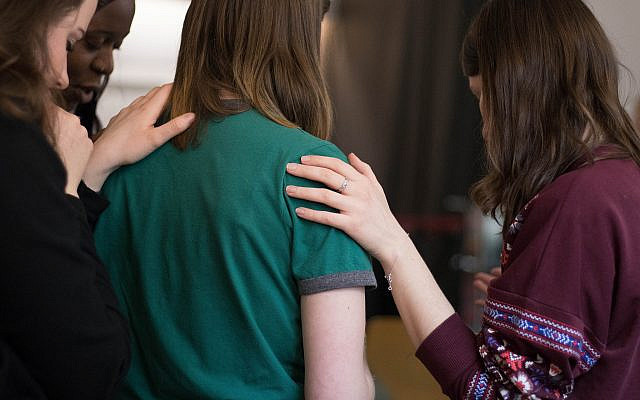 Photo by Rosie Fraser on Unsplash

Ironically, given the circumstances, this week’s parsha begins “and Moshe gathered all the congregation of Israel” (Shemot, 35:1), in order to give them the commandments regarding Shabbat and the building of the Mishkan. No social distancing there. But the whole of this week’s double portion seems insistently focused on notions of community: building the Mishkan was a national project, which all of the Jewish people worked on together, collaborating to create a dwelling place for Hashem. At the end of this process, the Torah tells us: “just as Hashem commanded Moshe, so Bnei Yisrael did all this work. Moshe saw all the work that they had done – just as Hashem commanded, so too they did, and Moshe blessed them” (Shemot, 39:42-43). All the Jewish people gather around Moshe. Moshe blesses the entire nation. And Hashem comes to rest amongst them.

But what can these parshiyot, so invested in ideas of community and collaboration, teach us at a time of social distancing, isolation and quarantine? When guests are cancelling and being cancelled, when shuls are closing down, minyanim are not running and we are being advised to stay at home, away from everyone else?

The pesukim tell us that Moshe blessed Bnei Yisrael when they finished building the Mishkan. Rashi, quoting the Sifra, tells us what his blessing was: “May it be Your will that You rest the shechina in the work of their hand. And may the favour of Hashem, our G-d, be upon us” (Rashi, Shemot, 39:43). The Ktav Sofer asks why Moshe’s bracha was necessary at all. Previously, when Hashem originally commanded the Jewish people to build a Mishkan, He told them “make for Me a Mikdash and I will live in it” (Shemot, 25:8). Why did Moshe decide to bless the people with something that Hashem had already promised them?

The Ktav Sofer (Shemot, p.143) explains that Moshe was not blessing the people that Hashem should rest His presence in the Mishkan. Instead, he was blessing the people that Hashem should rest His presence in the “work of their hand”. Bnei Yisrael threw themselves into this project, donating and contributing both physical building materials and their time, talents and efforts. That was why Hashem rested His presence in the Mishkan. Not because it was made of gold and silver and precious stones. Because it was the product of a nation doing exactly what their G-d commanded them. The promise that Hashem made in Parshat Terumah – “and I will live in it” is literally translated as “and I will live in you”. The initial promise Hashem made to the Jewish people was not that He wanted to rest in a palace. Rather, perhaps the essence of the Mishkan was a physical representation of the message that Hashem lives within each of us, and rests His presence within all the works of our hand – be that building the Mishkan in the desert, or any other act of avodat Hashem performed throughout our daily lives.

Therefore, whilst there is an obvious communal element to these parshiyot, there is another underlying message: that we can each carve out a space for Hashem within ourselves, and that Hashem’s presence can rest within any action that we do leshem shamayim. Davening with a minyan, inviting guests and going out into the world to have a positive impact on it are all mitzvot. But we are also commanded about the mitzvot to “live by them” (Leviticus, 18:5). We are also commanded that “you should not stand idly by the blood of your neighbour” (Leviticus, 19:16). We are also told of the importance of pikuach nefesh (Sanhedrin 74a). Hashem doesn’t want us to do communal mitzvot at potentially the expense of someone else’s life. However hard that is, it is leshem shamayim. And so may Hashem also rest His Presence in all the works of our hand, even when we feel alone. And may He send a refuah sheleima to all those who need it.