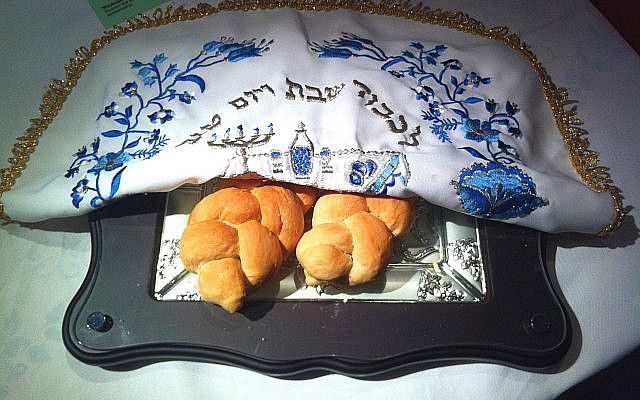 On the sixth day of every week, we leave our offices and our daily routines, and we prepare for the summation of our week: Shabbat. From family seudot (meals) to communal minyanim (quorums), Shabbat makes for a fantastic experience, the ultimate day of rest. Additionally, Shabbat also requires us to cease from certain activities, characterized as the 39 melakhot, or forms of work. Rav Adi Krohn, my rav from Yeshivat Orayta, suggested a profound idea on the nature of melakha and Shabbat.

In the beginning of Parshat Vayakhel, Moshe Rabbeinu says, “On six days melakha (work) may be done, but on the seventh day you shall have a Sabbath of complete rest, holy to the LORD; whoever does any melakha (work) on it shall be put to death” (Shemot 35:2). Easily translated as work, melakha incorporates complex nuances as to which types of “work” actually fit the category.

Rav Adi raises an intriguing question on this: We derive the 39 melakhot— or most of them — from Torah SheB’al Peh (oral law), namely using a juxtaposition between Shabbat and the Mishkan (Tabernacle), but why doesn’t the Torah delineate the details of melakha? There is significant time dedicated to detailing the intricacies of, say, korbanot (offerings) and tzarat (leprosy), so why is melakha different?

Before arriving at a possible answer, there is important context to establish. Shortly after Hashem created the world, the Torah says, “On the seventh day God finished melakhto (his work) that He had been doing, and He ceased on the seventh day from all melakhto (his work) that He had done” (Bereishis 2:2). This can be used as a parallel model for our question about melakha’s undefined nature in the Torah.

Rav Adi explains that we can only identify Hashem’s “work” after He ceased from doing it; melakha implies the completion of something, and we saw that with its first usage in the Torah. In this effect, our value of trying to “go in [Hashem’s] ways” and imitate Him can be actualized, as we stop our work like He stopped His (Devarim 28:9).

Now, we can return to our original question: why does the Torah leave melakha undefined, requiring Chazal (the sages) to work in defining it for us? Rav Adi suggests that if Hashem were to explicitly define melakha for us, we would eternally be constrained to rigid forms of purposeful work. When we learn that we cannot do melakha on Shabbos, we as the Jewish People first need to ask: what exactly is melakha?

Leaving melakha undefined in the Torah forces us to reflect upon the nature of what we do for six days of the week: are we doing what we need to be doing? What exactly should we be doing? Essentially, we are critically thinking about what our purpose and responsibilities are– not on a subjective, individual basis, but rather as a collective nation.

Every time we celebrate Shabbat, we must feel that we are ceasing from our melakha, our purposeful work. Hashem gave us a week with Shabbat at its end; the first six days are imbued with an active significance towards our mission, and by celebrating Shabbat, we ensure the work done throughout the weekdays is meaningful.
We see, then, that in pursuing a definition of melakha, we discover the value of our work.