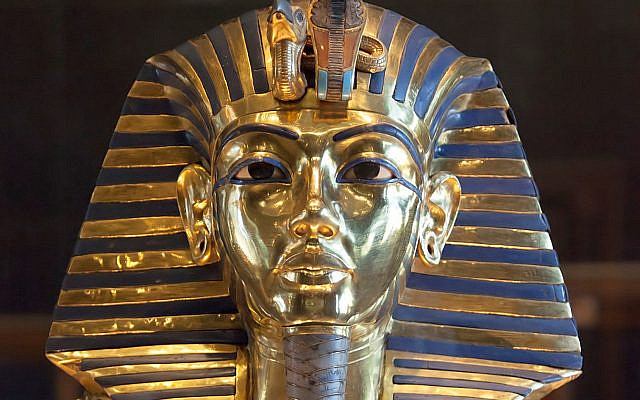 The Treasures of Tutankhamun display toured the world in the late 1970s, and was probably the first time I saw photos of a mummy and understood what it was (I just checked online and it turns out that the Wellington museum did have one mummy on display at the time – the remains of an Egyptian girl named Mehit-em-Wesekht, but that was nowhere as exciting as King Tut).

Most museums have mummies (which raises an interesting halakhic issue for kohanim like me). But I’d like to write about the unknown number of mummies that we no longer have and what happened to them.

— Actually, I should warn you now. Please don’t read this if you are squeamish, or if you are eating right now. Maybe just skip to the Torah part at the end. –-

Okay, you’ve been warned. So what happened to many of the mummies that are not in museum displays?

We ate them. Well, not you or I, obviously. But from the 15th century until as recently as 1924, powdered Europeans prescribed mummy as a cure for a range of illnesses and conditions. The Elizabethans took “mumia” for everything from skin diseases to headaches to jealousy. They also used it to make a brown paint or dye called Mummy Brown. Shakespeare played on both those themes when he has Othello describe the magic powers of a handkerchief:

‘Tis true. There’s magic in the web of it. A sibyl, that had numbered in the world The sun to course two hundred compasses, In her prophetic fury sewed the work. The worms were hallowed that did breed the silk, And it was dyed in mummy which the skillful Conserved of maidens’ hearts.

Samuel Johnson, in his 1755 dictionary, defined “mummy” as a medicinal product.

We have two different substances preserved for medicinal use under the name of mummy: one is the dried flesh of human bodies embalmed with myrrh and spice; the other is the liquor running from such mummies when newly prepared, or when affected by great heat, or by damps: this is sometimes of a liquid, sometimes of a solid form, as it is preserved in vials well stopped, or suffered to dry and harden in the air:

It is hard to know how many mummies were lost to medicinal cannibalism. At various times people disposed of their mummies in other ways – the Victorians held “unwrapping parties” which sounds as gruesome as it was. Sometimes spare mummies were burned in place of firewood. Young gentlemen would tour Egypt and bring home a millennia-old mummy as a souvenir, which would often be tossed out when it was no longer interesting.

But using mummies as medicine was certainly widespread for a very long time. Ambroise Paré, was a 16th century French barber surgeon to kings Henry II, Francis II, Charles IX and Henry III. He is considered one of the founders of modern surgery. He wrote that mumia was “the very first and last medicine of almost all our practitioners” for bruising.

Michel de Montaigne (1533-1592) in his Essay “On Cannibals” pointed out the irony that Europeans considered eating human flesh to be barbaric when practiced by other nations, while they themselves consumed corpses.

I am not sorry that we should here take notice of the barbarous horror of so cruel an action, but that, seeing so clearly into their faults, we should be so blind to our own.

The high demand for mumia led to a thriving trade in fake mummy too.

Here is Johnson again, including anti-Semitism in his dictionary:

What our druggists are supplied with is the flesh of executed criminals, or of any other bodies the Jews can get, who fill them with the common bitumen so plentiful in that part of the world. and adding aloes, and some other cheap ingredients, send them to be baked in an oven till the juices are exhaled, and the embalming matter has penetrated so thoroughly that the flesh will keep.

Even though all the sources I saw said that the medicinal use of mummies only began in the 15th century, I found a Mishna (3rd century) which may allude to a similar practice. In describing the minimum quantities of certain items that impart impurity, the Mishna (Keilim 17:12) states:

A spoonful of rotted corpse means the quantity of a large physicians’ spoon.

With advances in science and medicine we are no longer prescribed mummy for our ailments. But the belief in the healing power of dead Egyptian nobles was not something invented during the Renaissance. The ancient Egyptians themselves also believed that their deceased had mystical beneficial powers, which is one of the reasons they mummified them.

In this week’s Torah portion of Vayechi, it describes the deaths of first Jacob and later Joseph.

Jacob gave his final blessings and instructions to his sons, then passed away. Then the Torah uses Jacob’s other name, Israel, to describe what happened next (Genesis 50:2-3):

The Torah here matches with what we know about ancient Egypt. The traditional time for embalming mummies was a total of 70 days, to allow the body to dry out completely.

Mummification goes against modern halakha which requires burial as soon as reasonably possible after death and does not allow anything to be done to the body. However, Joseph had several overriding motivations for embalming his father.

He wanted to take his father for burial in Israel, in the Hebron cave where the other patriarchs were buried. The only way for the body to survive the long journey through the desert was to first embalm it.

Furthermore, as an Egyptian nobleman, Joseph had to show his father the same respect that Pharaoh would show to his ancestors. To not mummify his father would have been disrespectful to Jacob and to the Egyptians who held Joseph and his family in high esteem. To not follow the Egyptian customs of preparing the body for the afterlife would also have appeared as a rejection of the World to Come.

But Jacob also became somewhat of a deity to the Egyptians. And also to the Jews throughout the ages. Embalming him showed he was mortal. However this did not end the speculation that Jacob was eternal. The Rabbis of the Talmud (Ta’anit 5b) discussed this.

Jacob was dead. The public embalming, mourning and burial clearly demonstrated this. Yet he lived on for the Egyptians and for the Israelites. To this day, Jews feel the spiritual power of Jacob and the other patriarchs in their national destiny.

And the Torah ends the book of Genesis, the book of creation, with the death of Joseph (Genesis 50:26).

Joseph died at the age of 110, they embalmed him and placed him in a coffin in Egypt.

The book that began with creation ends with death. But the mummification of Joseph shows his continued life after death. Jacob ben Asher (Ba’al Haturim on Genesis 50:26) points out that the word Joseph has the same numerical value as the word Nile. There is a midrashic tradition that Joseph’s coffin was buried in that river, the source of life to Egypt.

As we leave the secular year 2020 which has brought so much death and division, we look forward to the healing powers of a new beginning. May the coming year bring us all success, happiness and healing.

I’m giving a nine-part series at WebYeshiva on “Rabbis of the 19th Century.” You can listen to the live or recorded Torah classes by registering on the website. I’ve also started sharing more of my Torah thoughts on Facebook. Follow my page, Rabbi Sedley.