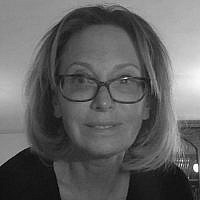 The Blogs
Devora Leah Renert
Apply for a Blog
Please note that the posts on The Blogs are contributed by third parties. The opinions, facts and any media content in them are presented solely by the authors, and neither The Times of Israel nor its partners assume any responsibility for them. Please contact us in case of abuse. In case of abuse,
Report this post.

“Perception” is the way we see or experience the world; it is the way we discern reality. It is “our” truth.  Perception is awareness gained through the senses i.e., what we know based on our senses–such as what we see or hear; but, it also takes into account our psychological makeup, our family, and the narratives that we choose to be a part of as well as the narratives we choose to reject.  Our perception encompasses our biases, our prejudices, our beliefs, our fears, and our dreams. Perception incorporates our intuition; perception is our interpretation of reality.

But what we so often forget is that perception may be a partial truth but is not the same as Truth–or the total Truth.

In parshat Vayeira we find a multitude of examples of confusion between perception and reality.

In Bereshit 18:1 the Torah tells us that HaShem appears to Avraham while he is sitting at the entrance of his tent; however, what Avraham perceives (18:2) is three men, three potential guests coming in his direction for whom he hopes to be able to provide hospitality.

In Bereshit 18:10 an angel tells Avraham that Sarah will give birth to a son; and, upon hearing this Sarah laughs (18:12) as she and Avraham are old and past normal childbearing years. However, God’s will is otherwise; and, in Bereshit 21:1-3, Sarah does in fact give birth to a son.

In ch. 19:2 Lot, who sees two people arriving in his direction, is actually encountering two angels (19:1, 19:15) but he is unable at least initially to comprehend the situation correctly.

Then Lot, like Avraham, appears based on his hospitality offer to be quite virtuous (19:3, 19:7) but then proceeds in 19:8 to essentially throw his nameless virgin daughters to the wolves by offering them over to the people of Sodom to do with as they please.

In Bereshit 19:30-32 Lot’s daughters perceive that the destruction of Sodom and Gomorrah has left them essentially alone in the world, without husbands with which to marry and procreate. Therefore, they feel compelled to engage in incest with their father in order to propagate the species. The reality is that the world outside of Sodom and Gomorrah does still exist.

In 20:2 Avraham tells Abimelech, in an attempt to safeguard his own life, that Sarah is his sister; the reality is that Sarah is Avraham’s wife as well as his half sister.

Then, we have a noteworthy foil: In 20:11 Avraham explains to Abimelech that he was afraid to risk telling him and the Philistines that Sarah was his wife because “There is no fear of God in this place…”  Interestingly, later, towards the end of the event of the Akedah (ch. 22:12) an angel of HaShem will say to Avraham “…now I know that you are a God-fearing man, since you have not withheld your son, your only one, from Me.” Is it so abundantly clear, then, who is in reality God-fearing and who is suspect?

In ch. 21:9-10 Sarah appears cruel as she insists that Avraham send away Hagar and son, Ishmael. Yet, in ch. 21:12 God tells Avraham to listen to all that his wife Sarah says and that his spiritual destiny is through his son Yitzhak.

In ch. 21:15 Hagar perceives that she and her son will die in the desert due to the lack of water until God shows her water and she is able to understand that her son will actually become a mighty nation (21:18).

Then in Bereshit 22:5, just proceeding the Akedah, Avraham tells the young men accompanying him to Moriah that “we will worship and we will return to you.” The question is: Was this deceptive language on Avraham’s part since God commanded him to sacrifice Isaac (22:2) or was it “nevuah” or prophesy? What was Avraham really thinking?

Finally, there is the Akedah where (22:2) God tells Avraham to offer his son Isaac as an offering;  so, when an angel of HaShem (22:11-12) stops Avraham from killing his son, it is understandable that he must be called by name twice before he stops himself; after all, is his perception of hearing the angel’s command to cease in fact real or is it perhaps wishful thinking in his head?

So, in the end, perhaps it behooves us to ask ourselves: Am I in fact perceiving reality correctly?

Could I perhaps also view a given situation through a different lens?

Perhaps, Truth includes multi facets, multi perspectives, multi narratives; and, as a human being, can I be privy to The Truth?

Perhaps being a human being should best be a lesson in humility.

I will conclude with a famous midrash–Bereshit Rabba 8:5  quoted here from Abraham Joshua Heschel’s “A Passion For Truth”, p.12-13:

Rabbi Shimon said: When God was about to create Adam, the ministering angels split into contending groups. Some said, “Let him be created!” while others cried, “Let him not be created!” This is why it is written: “Mercy and truth collided, righteousness and peace engaged in a clash” (Psalms 85:11).

About the Author
Deborah was born in Morristown Tennessee and went to college at Brandeis, JTS, and Yeshiva University. She has an MS in Jewish education, an MA in Judaic studies, and an MSW in Social Work. She has also taken courses at Brovender's, Drisha, and Nishmat. She has worked for NYANA, served as Director of Senior Services at the Riverdale YMHA and has worked at the Claims Conference with holocaust survivors. Most recently after studying at the Pardes Institute Kollel she successfully completed Yoreh Deah studies with Rav Daniel Landes.
Related Topics
Related Posts
Comments