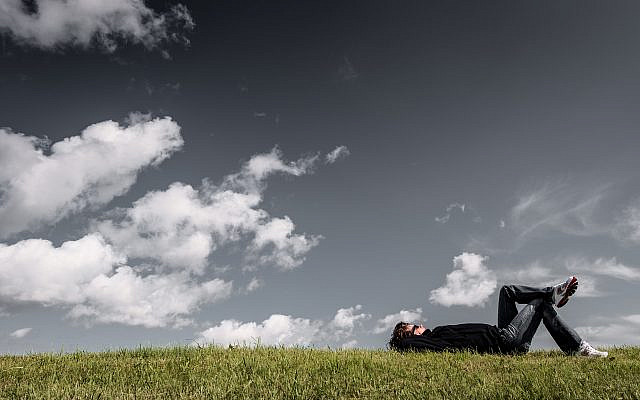 A man lying on the grass (Pixabay)

Swept away into the depths of our mind, we spend our nights dreaming. We dream of the possible and the impossible, the existent and the nonexistent. Are dreams merely the internal TV channel we use while sleeping? The Rambam writes, “Our sages say that dream is the sixtieth part of prophecy” (Guide for the Perplexed, 2.36). His comparison between these seemingly disparate areas recognizes something deeper about the nature of dreams.

In Parshat Vayeishev, dreams are a common theme. Yosef shares his dreams with his brothers; he tells of his family members, in the forms of wheat or the sun moon, and stars, bowing down to him. In response, his brothers express contempt for him, asking, “Do you mean to rule over us?” (Bereishis 37:8). Even his father Yitzchak retorts in a similar manner.
After Yosef’s brothers sell him to a passing caravan, Yosef finds himself in Egypt where he slowly climbs the ranks, eventually landing in prison from false accusation by his master’s wife.

While imprisoned, Yosef is accompanied by Pharaoh’s former cupbearer and chief baker, both of who informed him why they were jailed. One night, they both had a dream. The cupbearer’s dream was of a vine with three branches, used to give Pharaoh wine, while the baker dreamt of birds fetching bread from a basket on his head. Ultimately, Yosef correctly interpreted that the cupbearer would be released in three days while the baker would be impaled at that time.

Each of the dreamers—Yosef, the cupbearer, and the chief baker—articulated their dreams from their minds and into reality. Yosef’s retelling to his brothers caused hostility and conflict; the cupbearer grew optimistic for his future of freedom; the chief baker became worrisome about an unfortunate end.

Regarding the Rambam’s aforementioned idea on dreams in comparison to prophecy, my focus is not to make claims about dreams and their status as prophecy, rather it is about the effects they practically have in our lives.

Dreams are what we make of them. The meaning we ascribe to the imaginative faculties of our mind can actualize itself into our reality.

“The innocent awakenings of the soul that come from the purest and most natural part of the spirit must be respected,” Rav Kook writes. “Yet at the same time, we must be careful to nullify any distorted alien influences” (Shmoneh Kevatzim, 351). The paradigm of dreams is deciphering where each one is a dangerous fallacy or a precious epiphany. Recognizing it in either form offers insight into a powerful truth.

Yosef, the cupbearer, and the baker changed something when they accepted their dreams as something more than mere fantasy. Through verbalizing their dreams to others, they opened themselves up to interpretation and insight.

Our dreams tell us truths about ourselves we may never fully understand, but they tell us something nonetheless; our dreams emerge from a truth within us, as seen when Yosef, the cupbearer, and the baker sought the deeper meaning of their dreams. Now, we must ask ourselves: When will we begin to interpret the meaning of our own dreams?