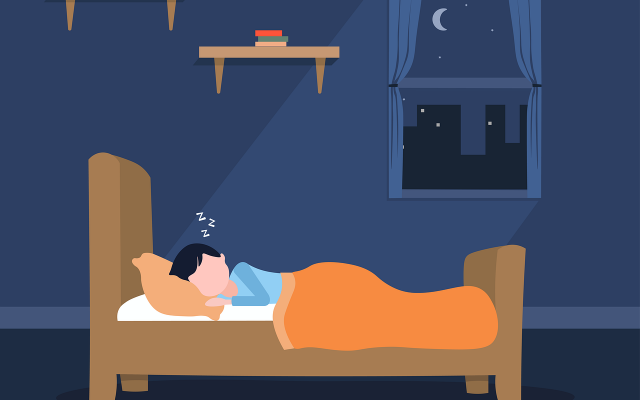 In times of despair and distress, whether physically, mentally, or spiritually, we need a recharge. Those restorative moments are catalysts not just for a return to stability, but they can often propel us to new heights and peaks of growth. At the onset of Parshat Vayeitze, as Yaakov begins his journey out of Beer Sheva and toward Charan, he stops to rest, and through a prophetic experience from Hashem, he internalizes a deeply empowering truth about reality and life.

Once Yaakov goes to sleep, the Torah recounts his multi-layered, confusing dream: “He had a dream; a stairway was set on the ground and its top reached to the sky, and angels of God were going up and down on it. And the LORD was standing beside him and He said, ‘I am the LORD, the God of your father Abraham and the God of Isaac: the ground on which you are lying I will assign to you and to your offspring. Your descendants shall be as the dust of the earth; you shall spread out to the west and to the east, to the north and to the south. All the families of the earth shall bless themselves by you and your descendants. Remember, I am with you: I will protect you wherever you go and will bring you back to this land. I will not leave you until I have done what I have promised you’” (Bereishis 28:12-15).

There’s a lot that’s begging to be unpacked in the totality of Yaakov’s dream, but the Kedushat Levi’s commentary on the world “vayachalom” (He had a dream) is particularly interesting. Comparing the word with its usage in Sefer Yeshaya, the Kedushat Levi says that it signals Yaakov becoming strengthened by Hashem.

He explains that at this point in Yaakov’s story, he was in need of strengthening, and this dream implanted within him the zeal of a young Jew beginning their individual journey of avodas Hashem (service to Hashem). When anyone begins their “career” in avodas Hashem, the Kedushat Levi explains, they become empowered with enthusiasm and optimism of the impact they can have on the world; Hashem becomes the focus of all their thinking, and with continued commitment and growth, they become a merkavah (chariot) for Hashem in this world, meaning they bring Hashem’s presence to the world, so to speak, through their interaction with the world. For Yaakov, this dream was a deep moment of spiritual awakening, realizing the potential that awaited him as he would become the third of our Avot.

The Tur HaAroch adds another dimension to that same pasuk, explaining that the angels and the ladder signified that angels are constantly carrying our Hashem’s will in this world, that Hashem is interested in the unraveling and development of the world. As such, Hashem was ready, willing, and able to come to Yaakov’s aid, reassuring him that he would not succumb to the dangers of his journey. In this vein, perhaps Yaakov’s empowerment from Hashem, as explained by the Kedushat Levi, can be linked to the Tur’s commentary.

When one realizes the active presence of Hashem in our world, everything takes on newfound significance. In Yaakov’s case, he was revitalized with the illuminating optimism of his potential, recognizing that Hashem was alongside him every step of the way. His dream, then, showed him the Endless Light peeking over the horizon, awaking him to the vision of who he could become: a merkavah for Hashem in this world. Yaakov was emboldened by the overflowing presence of Hashem in his life, and thus, he was propelled to become his best.