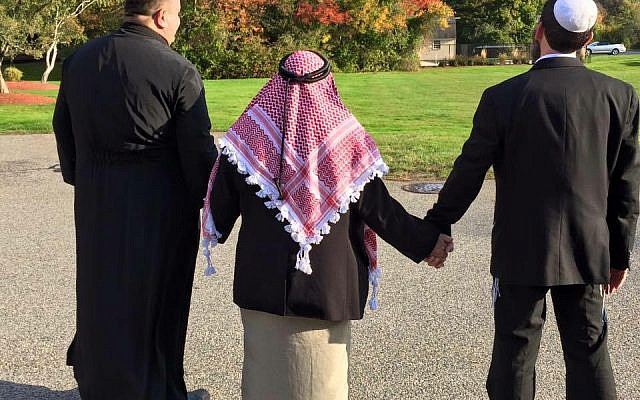 Monotheism Was Not Abraham’s Unique Contribution

“The Lord said to Abram.… in you, all the families of the earth shall be blessed” (Genesis 12:3).

From the time of the patriarchs to prophetic visions of the future, God has repeatedly declared that the mission of the Jewish people is to bring blessing and light to all of humanity. What is the nature of that blessing, and what is its underlying message?

The common answer is that Abraham originated and taught monotheism and battled idolatry. But this explanation is based entirely on midrash and other teachings of the sages. For example, the stories of Abraham breaking the idols or discerning God by gazing at the heavens appear only in midrash; they are absent from the biblical account. Conversely, the book of Genesis barely mentions any campaign against idolatry but does attest to additional monotheistic figures from Abraham’s time, like Melchizedek, king of Shalem, who “was a priest of God the Most High” (Genesis 14:18). What, then, was Abraham’s novel contribution to the world?

Connecting the Human to the Divine

But if we look beneath the surface, we see the point is the link between the human and the divine. “To do righteousness and justice” takes place on the human plane, but it constitutes the essence of “the way of the Lord.” It is this very connection that I believe is the message Abraham and the Jewish people are to share with the world.

This idea appears in an early kabbalistic work:

Why did the Holy One blessed be He add [the letter] heh to Abraham’s name, above all other letters? It was in order that all of the limbs of a person [adam] will merit the World to Come… as it is written, “For in the image of God He made man” (Genesis 9:6). And Abraham in gematria is 248, the number of a person’s limbs. (Sefer HaBahir 6)

The numerical value of the term “in God’s image” [betzelem Elokim] matches that of “Abraham” – 248. This number is identified with the number of a person’s limbs. Abraham promulgated the profound Jewish principle that human beings are created in the image of God. He taught the world about the link between humanity and the Creator, and that it is this link between Heaven and earth that will promote blessing and redemption in the world.

Rav Kook opens his book, For the Perplexed of the Generation, with this insight: “That humanity was created in the image of God is the foundation of the Torah.” Many of  Rav Kook’s central teachings were deeply connected to the idea of the image of God; perhaps it is no coincidence that his first name was Abraham.

Belief in God can lead to different possible outcomes in relations across humanity: alienation or connection. Alienation results from an approach that sees God as a particularist entity that belongs to a single nation and no other. But an approach that believes God is present in each and every person, and that every individual is a branch on a single holy tree, becomes the foundation for connection among humanity. Judaism spreads the idea of monotheism but goes beyond it to the truly revolutionary concept that the single God is present in everyone. This belief will lead – soon, we hope – to fulfillment of biblical prophecies of peace and fellowship among all of humanity.

Rav Lichtenstein explains[i] that religious humanism is based on the belief that every person was created in God’s image. We can say, therefore, that by connecting the human and the Divine, Abraham pioneered religious humanism.

The sages also developed these ideas. Rabbi Akiva, for example, famously posited that the biblical command to “love your neighbor as yourself” is the central tenet of Judaism. Nevertheless, if religion addresses our relationship with God, how can a dictum that ignores this issue, and addresses only our relationship with other people, be a central religious tenet? Pirke Avot (3:14) provides an answer, that man “deserves great love, as he was created in God’s image.” We are commanded to love our neighbor because they have a divine dimension. By loving our neighbor, we love God.

Manifesting Our Divine Dimension Through Loving Others

. As we saw above in Sefer HaBahir, a central theme of kabbala is that humans are created in the image of God. The prominent twentieth-century kabbalist Rabbi Yehuda Leib Ashlag provides an additional perspective regarding the question of how “loving your neighbor as yourself” pertains to God. In his article “Matan Torah,” he explains that the most fundamental quality we can discern in God is generosity: God provides without expecting anything in return. Loving another “as ourselves” is love that is not motivated by ego or an agenda; rather, it places the other person at the center. It is loving them as God loves us. By giving without any consideration for our own benefit, we follow in God’s footsteps and thus draw near to Him and cling to Him.

God’s Image in Me and in You

We have seen two explanations for the religious significance of the command to “love your neighbor as yourself.” The first, which is based on Rabbi Akiva’s dictum in Pirke Avot, asserts that in loving another we love God, since that other person was created in God’s image. Whereas, according to Rabbi Ashlag, we develop our own divine spark and our connection to God when we love another as God loves us.

I believe it is important to integrate these two approaches since each one alone can breed harmful attitudes when taken to an extreme. When we emphasize our own resemblance to God, it can lead to developing feelings of exaggerated self-importance and egocentrism. On the other hand, the approach that highlights God’s image in others can give rise to self-abnegation, as though we ourselves are worthless. We must balance these tendencies in order to empower the other and give them their due, without effacing ourselves.

For thousands of years, Kabbala has been a vehicle for Jews to explore ways of connecting Heaven and earth, and in fact, this inquiry has formed the core of Kabbala study. Sefer Yetzira, an ancient kabbalistic work, describes God’s creative powers and the parallel creative powers in human beings. Similarly, Rabbi Moshe Cordovero (known as the Remak) devoted his book Tomer Devora to translating God’s thirteen attributes of mercy into practical guidance in interpersonal relations. And the Zohar is replete with teachings about how the divine presence in every individual sanctifies interpersonal relations, especially those between husband and wife.

Everywhere in the world, there is a Chabad House, to serve every single Jew. It is moving to know that in any far-flung corner of the globe a Chabad House will take you in and give you a place to stay, to eat, to pray, to explore. My dream is for Jews to add “Abraham Tents” everywhere, to serve the needs of all people, Jew and non-Jew alike. Just as Abraham welcomed guests to his tent and fulfilled their spiritual and material needs, the goal of such “Abraham Tents” would be to disseminate blessing and light from Judaism’s riches. We can and should share our traditions, not to try to change people’s identity, but simply to propagate good in the world.

Who will take up the challenge?