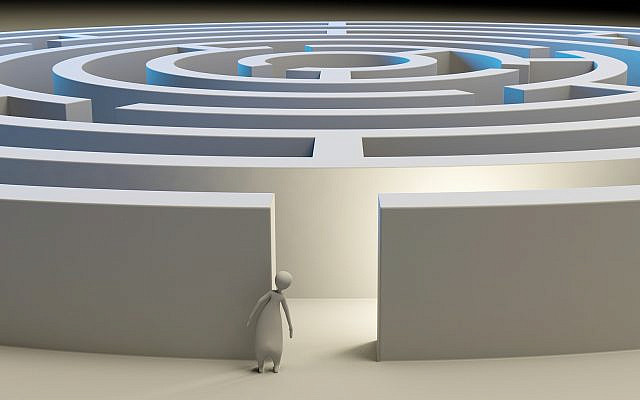 We all know people who don’t like making decisions. Whether it’s as minuscule as what to eat for dinner or as important as accepting the right job offer, these choices come with consequences, and with those consequences come responsibility. In many ways, it’s much easier to release control and deal with reality, instead of knowing that your actions can change that reality and acting accordingly. One can even say that we’re tested to make choices and face their effects, and it’s not a modern problem. In fact, Avraham Avinu was tested with this first.

Parshat Vayera features the famous moment of Akeidat Yitzchak, when Avraham, at the command of Hashem, nearly sacrificed his most beloved son, Yitzchak. This scene, filled with suspense, angst, dramatic overtones, and moral difficulties, is commonly understood in that way: Hashem directed Avraham to sacrifice his favorite son to test his devotion, Avraham complied, and last minute, Hashem intervened, as he saw that Avraham was truly faithful to Him. Rabbi David Aaron introduced me to a completely new understanding on this.

Hashem’s instruction to Avraham is: “Take your son, your favored one, Yitzchak, whom you love, and go to the land of Moriah, and bring him there as a burnt offering on one of the heights that I will point out to you” (Bereishis 22:2). On its face, the command is clear: Sacrifice Yitzchak for me. Not quite.

Rashi says that Hashem very specifically did not say “slaughter him” because He did not Yitzchak killed. He did, however, want Yitzchak brought up as if he were a burnt offering, as the pasuk (verse) leaves some room for some ambiguity. Rabbeinu Bahya jumps aboard this reading, saying that Avraham misunderstood Hashem. The command to “bring him,” with the language of ascension, signaled something about a spiritual ascent. Avraham was tasked to elevate Yitzchak spiritually.

This reading of Hashem’s words is interesting, but not everyone finds it compelling. Many still opt to read the story as it’s usually understood. The point, though, is that it’s not obvious what Hashem wants from him. This is what demonstrates Rav Aaron’s explanation of what happens in these pesukim. Avraham was tested through this command, but it was not about his willingness to sacrifice Yitzchak, rather he was tested with the difficulty of choice: Did Hashem want Avraham to literally slaughter his son? Or did He just want this more symbolic act?

Rav Aaron says that Avraham had to face the doubt of decision-making. What, the question became, did Hashem want from him? A case could be made for either of the readings, and if Avraham chose one over the other, he could not know if he was overcompensating or cutting corners. Perhaps Hashem wanted Yitzchak killed, and Avraham doing otherwise would be putting his own interests before Hashem. On the other hand, maybe Avraham was meant to save Yitzchak, but his decision to sacrifice him was misguided.

This is the test of choice. Life is riddled with choices at every stage. Avraham faced a particularly important one, and it came with weighty consequences. That, however, is exactly what Hashem wants. He invites us to choose and to sometimes choose wrong. He knows that, and He expects that it will be the case; we cannot possibly always make the best decisions and face the best outcomes. The test Avraham faced is, in truth, something we all face, each and every day.