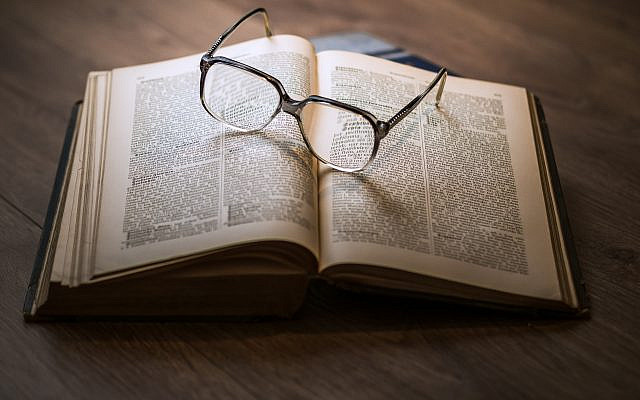 Watching TV comes with a certain level of comfort. In “E Unibus Pluram: Television and U.S. Fiction,” David Foster Wallace describes one of TV’s benefits as “an absolute godsend for a human subspecies that loves to watch people but hates to be watched itself.” In this way, TV affords people the opportunity to appropriate the thrills, risks, and successes of fictional characters without the real-world gamble of experiencing those emotions. “We can see Them; They can’t see Us,” Wallace writes. “We can relax, unobserved, as we ogle.”

In Pirkei Avot, Rabbi says: “Apply your mind to three things and you will not come into the clutches of sin: Know what there is above you: an eye that sees, an ear that hears, and all your deeds are written in a book” (2:1). There’s something very uncomfortable about this teaching. First, it frames Hashem as an impassive judge whose hypercritical watch can never be avoided. Second, it puts pressure on us, aiming the spotlight at all of our mistakes, no matter the size. Together, these problems place us on the other side of the TV experience Wallace describes; instead of enjoying the show, we become the show.

Seen through that lens, this teaching understandably generates an unhealthy angst and uneasiness. But that’s not the only way to view this. Through Parshat Vayeshev, we access an alternative perspective, one that is empowering and inspiring, not debilitating and discouraging.

In Parshat Vayeshev, Yosef, the second-to-youngest of Yaakov’s 12 sons, is targeted by his older brothers out of their brewing bad-blood. Initially, Yosef’s brothers plot to kill him, but Reuven, the oldest, intervenes. “But when Reuven heard [the brothers’ plan], he tried to save [Yosef] from them. He said, ‘Let us not take his life.’And Reuven went on, ‘Shed no blood! Cast him into that pit out in the wilderness, but do not touch him yourselves’— intending to save him from them and return him to his father” (Bereishis 37:21-22). Ultimately, even though Yosef is thrown into the pit, by the time Reuven returns to save him, Yosef is already sold into slavery.

At first glance, Reuven’s actions seem admirable. Faced against his crazed brothers, he found a way to deter Yosef’s demise and deescalate the situation. Yet, the Midrash offers a sharp critique of his actions. “If Reuven knew that the Holy One, Blessed be He, would write about him, ‘And Reuven heard it and tried to save him from them,’ on his shoulders, [Reuven] would have led [Yosef] to his father” (Rut Rabbah 5:6). The Midrash implies that Reuven sold himself short by jeopardizing Yosef’s life. Had he known that his actions would be recorded for all to read, that Hashem noted his next move, Reuven would have eagerly saved Yosef right there and then.

This scene with Reuven threads together the ideas of Wallace and Rabbi. While we tell ourselves that we want to “live a full life,” oftentimes, we opt for quite the opposite. In fear of making choices, facing consequences, encountering difficulty, and confronting failure, we find solace in the Wallace model: Why go through the hard things when you can watch others do them for you? With that mindset, we forfeit our role as the protagonist in the story of our lives. Rabbi’s teaching in Pirkei Avot tells us that Hashem considers our individual lives as bestsellers; that’s why He pays such close attention to our actions. Reuven, the Midrash tells us, failed to see this. If he only knew the role Hashem gave him, Reuven would have acted very differently. If we only knew the role Hashem gave to us, how would we act?