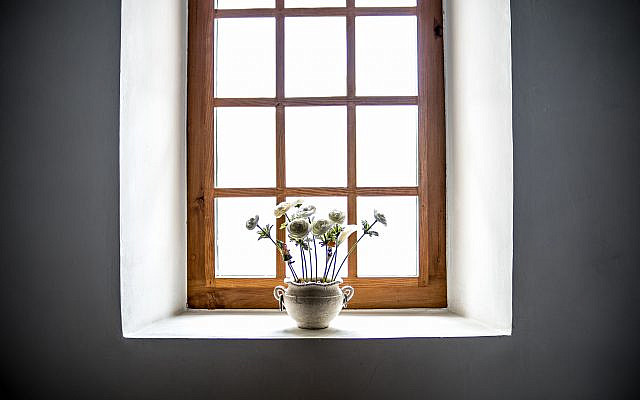 Photo by Noah Näf on Unsplash

Look closely. Behind the noise of Yosef and his brothers, behind the anguish of Yaakov, behind the puzzling dreams of the butler and the baker, behind the loud celebrations of Pharoe’s birthday party. Look into the shadows of this week’s parsha and you will see that they are full of women. Tamar. Potiphar’s wife. Rachel.

Tamar: Tamar marries Yehuda’s oldest son, Er. When he dies, his brother Onen performs yibum and marries Tamar. When he dies, Tamar is supposed to marry Yehuda’s third and youngest son, Shelah. Instead, Yehuda sends her back to live with her father, until Shelah grows up. Rashi comments that this was just an excuse – Yehuda never intended to let Shelah and Tamar get married (Rashi, Bereishit, 38:11). Tamar, unable to remarry and left trapped in her father’s house, takes matters into her own hands. She leaves the house, she arranges her own levirate marriage, she shows Yehuda that he is wrong – and he is left only able to say “she is more righteous than me” (Bereishit, 38:26). However, in order to do this, she has to “cover her face with a veil” (Bereishit, 38:14). It is from behind her veil that she gives Yehuda a message.

Potiphar’s wife: The story of Tamar is juxtaposed to the story of Yosef and Potiphar’s wife. Rashi, quoting the midrash, explains this is specifically to show that the intentions of both of these women were leshem shamayim (Rashi, Bereishit, 39:1). From the pesukim this seems to be anything but the case, Potiphar’s wife seems seductive and manipulative. But Chazal paint a very different picture of her – one in which she is comparable to Tamar. Just as Tamar acted for the sake of heaven, so did the wife of Potiphar – who saw through astrology that Yosef would have children through her, but did not know this meant he would marry her daughter. Maybe Potiphar’s wife goes too far – she ends up lying, accusing Yosef of sexual assault. But from behind the veil of her bad actions, there lies pure intent – as the midrash makes clear.

Rachel: Added into the narrative by the midrash – at the moment Yosef is about to sin with the wife of Potiphar, he looks up and sees his mother’s face through the window (Bereishit Rabbah, 98:20). In a parallel statement of Chazal, Yosef sees his father, Yaakov, who says to him “the names of your brothers are destined to be written on the stones of the ephod… do you want your name to be erased from amongst them?” (Sotah, 36b). But in this midrash, Rachel doesn’t say anything. She just appears, a face, an image floating behind a pane of glass. Yet from behind the glass, she gives Yosef a message.

From beneath the veil, from underneath misguided actions, from behind a window, these three women guide the storylines of Yaakov, Yosef, Yehuda – and ultimately the story of the Jewish people. Tamar becomes the mother of Moshiach. The actions of Potiphar’s wife and Rachel lead to Yosef’s imprisonment – but then his rise to power, the brothers coming down to Egypt, the exile of the Jewish people, and ultimately their redemption. There is a disconnect within the narrative of all of these three women – Tamar is covered up and Yehuda cannot see her face; the actions of Potiphar’s wife conceal her good intentions; Rachel appears only as an image. These three women exist behind glass and yet they are able to exert agency and have an impact on those around them.

This week I had the experience of being one of three women davening maariv at a minyan held in a Beit Midrash exclusively for men. We brought the mechitzah in with us, we carved out a space for ourselves, we davened. From behind the glass, we made sure our voices were heard. Whilst we continue working to carve out more spaces for women within halachic Orthodox Judaism, this week’s parsha gives us a clear message – even from behind the glass, from the other side of the mechitzah, women have the power to change the course of history, to send messages loud and clear, to act with agency and to have a lasting impact. The real question is – are you listening?