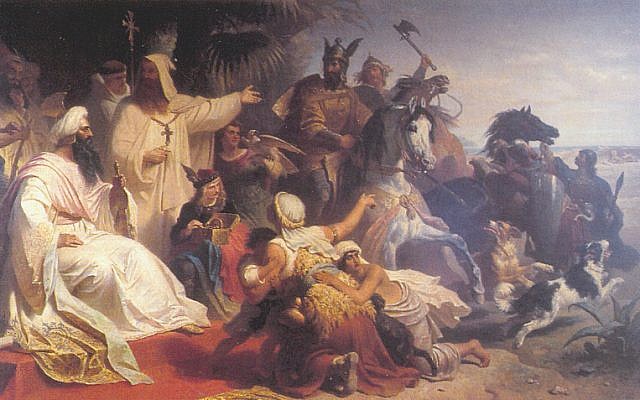 In the year 807, the Abbisad Caliph Harun al-Rashid sent the most amazing gift to Charlemagne, who was by that time emperor of the Holy Roman Empire. The Clepsydra was a water clock which astounded all who saw it. The emperor’s biographer described it as a “marvellous mechanical contraption.” Every hour, a brass ball fell through a hole, hitting a cymbal, while one of 12 mechanical horsemen came out of a small window and closed the window that had been opened the previous hour. The clock was part of a much larger gift (it had to be larger because it included an elephant named Abul-Abbas), which also included silks, a brass candelabra, perfume, chess pieces made of ivory, and an enormous tent. The gift showcased the scientific and cultural supremacy of the Muslim world at that time.

Harun was an awe-inspiring leader who built a great library in Baghdad and transformed the city into a center of knowledge and trade. He is immortalized in The Book of One Thousand and One Nights, a fictional story set in his court, which features him in several of its tales.

Many centuries later, Salman Rushdie wrote the book Haroun and the Sea of Dreams about the legendary caliph, about a hundred years after Henry Wadsworth Longfellow wrote of him:

One day, Haroun Al Raschid read
A book wherein the poet said:–
“Where are the kings, and where the rest
Of those who once the world possessed?
They’re gone with all their pomp and show,
They’re gone the way that thou shalt go.
O thou who choosest for thy share
The world, and what the world calls fair,
Take all that it can give or lend,
But know that death is at the end!”
Haroun Al Raschid bowed his head:
Tears fell upon the page he read.

The recipient of these gifts, the great Charlemagne, was no less impressive. He became King of the Franks after the death of his father Pepin the Short in 768 and ultimately united most of Western Europe to become the first emperor of the west, since the fall of the Roman Empire. His rule led to the Carolingian Renaissance, when Christian Europe, emerging from the Dark Ages, began a cultural and intellectual revolution.

So the gifts Harun sent Charlemagne symbolized the meeting of the Christian and Muslim worlds, and began the Abbasid–Carolingian alliance, which for almost 200 years ended the territorial hostilities between the two cultures. 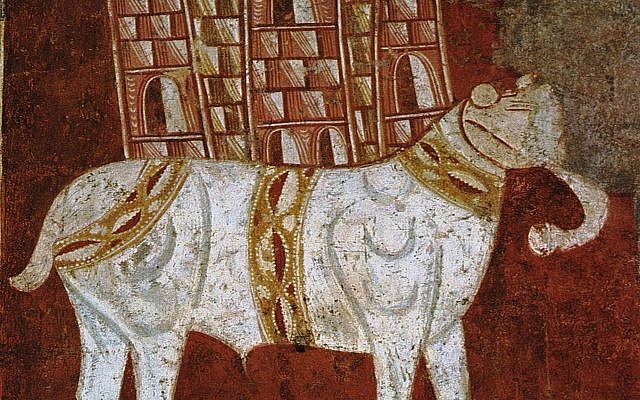 The alliance, however, only came about following Charles Martel’s defeat of the attempted Muslim invasion of France and Germany less than 100 years earlier. In only two decades, the Umayyad Caliphate had conquered Spain and Portugal and parts of Gaul. In 732, Abdul Rahman Al Ghafiqi wanted to extend the Muslim grip on Europe and led his troops to France.

According to some historians, the Battle of Tours (also known as the Battle of Poitiers or the Battle of the Highway of the Martyrs) was a crucial turning point in the struggle between Islam and Christianity. According to Edward Gibbon, if the French had not won that battle, “Perhaps the interpretation of the Koran would now be taught in the schools of Oxford, and her pulpits might demonstrate to a circumcised people the sanctity and truth of the revelation of Mahomet,” (“The Decline and Fall of the Roman Empire” chapter 52).

Ghafiqi was killed in battle, the Umayyads were replaced by the Abbasids, and for a few centuries, an uneasy peace held between Christians and Muslims. But the two competing worldviews continued and the war between the cultures continues to this day.

This week’s Torah reading opens with the confrontation of the two brothers, Joseph and Judah. Each represented a different worldview and they and their descendants have struggled to dominate the Jewish world for the past three millennia. Though the brothers reconciled and entered into an uneasy truce in this week’s Torah reading, the competing visions of Judaism continue to this day. 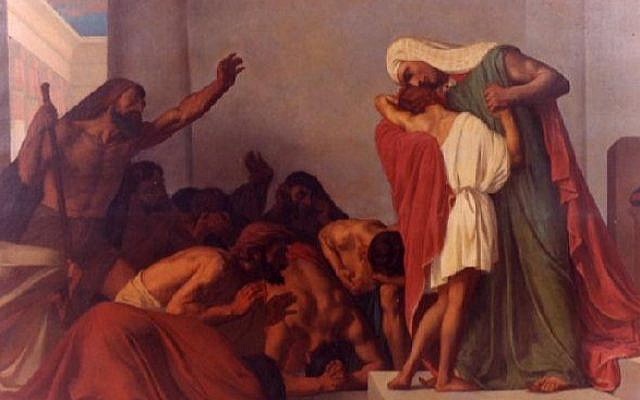 Joseph, seated on Pharaoh’s throne, had overcome the suffering at the hands of his family to rise to the top of Egyptian power, while yet remaining committed to his family and their traditions. Judah, standing proudly to defend his youngest brother, remained the leader of his brothers despite having been the one who sold Joseph into slavery in the first place.

The Hasidic master Mordechai Yosef Leiner of Izbica (Mei Hashiloach parshat Vayeshev) wrote that the two tribes of Judah and Joseph are constantly in conflict with each other. He explained that Joseph and his children stand for justice and strict observance of Jewish law. Whereas the soul of Judah and his descendants know that sometimes the fairest application of the law is to bend the rules of justice and sometimes one has to act for God in a way that breaks out of the normal confines of halakha.

The differences between these two very different types of Jewish leaders are expressed throughout the stories of the Bible. But to take one example, Joseph flees from Potiphar’s wife because he has the inner strength to overpower his sexual drive and because he knows that a single failure is too many. Though he suffered in the short term for following the letter of the law, ultimately that is what led him to his exalted position in Egypt and in Judaism.

Judah, in contrast, sleeps with his daughter-in-law Tamar, later admitted his sin publicly, when he announced, “She is more righteous than I,” (Genesis 38:26). Yet from that union came kings and prophets, through the twin boys, Peretz and Zerach. Judah retains his position as the leader of the family, despite being responsible for the sale of Joseph. According to Mei Hashiloach Judah knows that sometimes strict observance of the law does not give the fairest result. His motto is “It is a time to act for God, to disregard Your Torah,“ (Psalms 119:126).

Even one sin is too many for Joseph. Judah stumbles and falls but proudly admits his wrongdoings.

And while Joseph ruled over Egypt, Jacob sent Judah ahead of the family to lead the way. “And he sent Judah before him to Joseph, to teach the way before him, to Goshen,” (Genesis 46:28).

These two leadership models continued throughout Jewish history with the descendants of Joseph and Judah.

Israel’s first king, Saul, was from the tribe of Benjamin, Joseph’s only full brother, both children of Rachel and thus sharing the same outlook. Saul is introduced to us in the Bible as “young and good, and there was no man among the Children of Israel more good than he,” (I Samuel 9:2). Yet his short reign ended the first time he sinned. God tells Samuel, “I regret that I appointed Saul to be king, for he turned away from Me and did not fulfil My word,” (I Samuel 15:11).

In contrast, King David, from the tribe of Judah, sinned many times, most famously with Bathsheba, yet following his public repentance, he and his children remained for all time as the kings of the Jewish people.

Today, we see many different kinds of Jewish leaders who espouse many different types of Judaism. Some advocate strict observance of the law, yet are remote from the reality of the world. Others see the need to sometimes deviate from a narrow reading of halakha, but sometimes have to confront the reality of their human failings. At times the verbal battles between them become as heated as the confrontation between Judah and Joseph in this week’s Torah reading.

The opposing worldviews of these Joseph and Judah will continue until the end of Jewish history.

Tradition says that prior to the arrival of the Davidic messiah there will first be a messiah who is a descendant of Joseph. Some say he will be killed in the battle of Armageddon but will pave the way for David’s son to rule.

Though these two colliding worlds encompass all of Jewish history, eventually the two will be reconciled. Joseph’s world is represented by his son Ephraim. The prophet tells us that not only will the wolf lie down with the lamb but also that “Ephraim shall not envy Judah and Judah shall not fight Ephraim” (Isaiah 11:13).