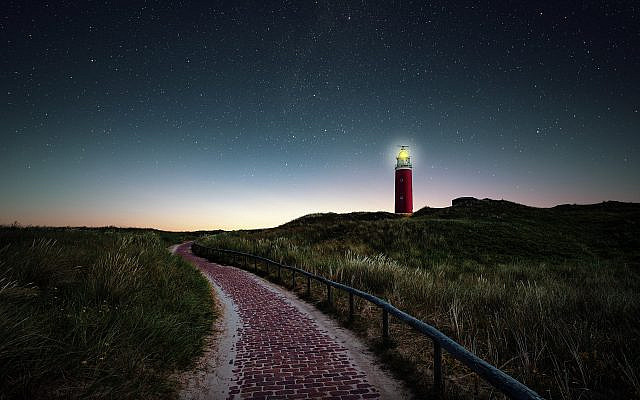 In each moment, we are the deciders of our fate, wielding the power of choice. Yet, often when reflecting on the past, we see our lives as if they were composed by a brilliant author, chance and luck woven into the greatest turning points in our development. However, it was once said that coincidence is just an 11-letter name of Hashem. This exemplifies the paradox of life that we can never comprehend — we are gifted with free choice that we experience in the present, but the past reads like a pre-determined story.

In Parshat Vayigash, the Torah relays the climax of Yosef’s encounter with his brothers as he finally reveals his identity to them. After Yehudah makes his emotional plea to Yosef, thinking he was only an Egyptian master, Yosef breaks and opens his floodgates. Naturally, his brothers are shocked into silence, so Yosef continues speaking and explains how he holds no ill will toward them. He says, “Now, it was not you that sent me here, but Elokim, and He has made me as a father to Pharaoh, and master of all his house, and ruler over all the land of Egypt” (Bereishis 45:8).

Yosef’s appeal that “It was not you … but Elokim” is striking. The decision to lob Yosef into a pit, sell him to passerby, and lie to Yaakov that he was killed was all the brothers. Surely, they cannot excuse their actions with the excuse that Hashem had actually sent Yosef to Egypt! Nehama Leibowitz notes a subtlety that adds a new layer to this discussion.

She explains that the verb “sold,” in Yosef’s language, is swapped with “sent.” What initially seemed like a criminal betrayal, Nehama Leibowitz explains, revealed itself to be a providential chapter in further the Jewish People’s national destiny. Perhaps, then, we can understand that while Hashem intended for Yosef to end up in Egypt, the brothers chose the immoral pathway of selling him into slavery. Still, this pecks at our minds with the obvious question: How can we have free choice, such as with the brothers choosing to sell Yosef, if it was all pre-ordained, as with Hashem sending Yosef to Egypt?

Rabbi David Aaron explains that the duality of our minds restricts such understanding. In an analogy, a dualistic mind can look at a coin and see “heads” and “tails,” but internalizing that, in truth, there really is only one coin, is not something we can register. Thus, with the paradox of free choice and determinism, our minds are unable to transcend the seemingly irreconcilable reality that both exist simultaneously. Experientially, we can understand this; our past can make us feel like things were bound to work out — we avoided that disastrous career choice, met the love of our life, and somehow made all the right choices. And we nevertheless make a ripe and blind decision every present moment. Knowing that both determinism and free choice operate in rich harmony places our lives in a new light.

Nothing in our lives is arbitrary. The future pulls us forward, and the past that trails behind us is following us toward our divine mission. Hashem is sending us somewhere, and internalizing that allows us to reinterpret every stone in our past as another step toward our greatness.

Yosef did not see himself as a victim of life, rather he was an active player in the story of life. Despite the immense hardships that befell him, he understood that everything was from Hashem. The light in each of us is drawn toward something great, something calling for us in the future. Anywhere we go, we are sent by Hashem, for there, something great is awaiting us.