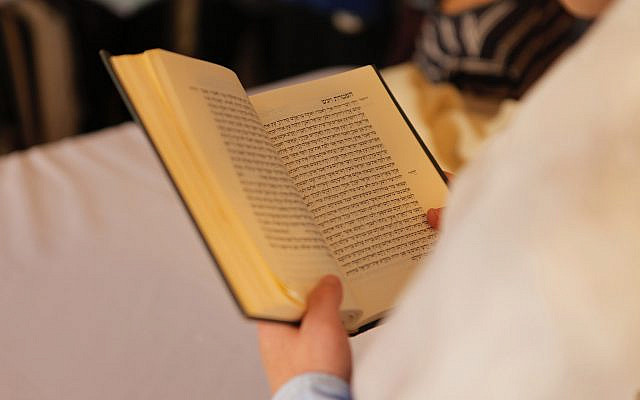 Photo by Eran Menashri on Unsplash

And so we begin the book of Vayikra. Leviticus. Pertaining to, concerning the priests. And reading through this week’s sedra, it seems clear that the focus is on the kohanim and their avodah in the Mishkan. Well, at least at first glance…

When one brings a korban, “the bull shall be slaughtered before G-d and the sons of Aharon, the kohanim, should offer the blood and they should sprinkle the blood on the sides of the Mizbeach” (Vayikra, 1:5). The emphasis of this pasuk seems to be the kohanim, the sons of Aharon, and their role in the offering of korbanot. However, Rashi shifts this emphasis. He comments that the pasuk addresses the sons of Aharon specifically in regards to the blood – but not in regards to the slaughtering of the animal. This teaches us that shechita is valid even if it is not performed by a Kohen (Rashi, Vayikra, 1:5). The Gemarah that Rashi quotes extends this also to women, to those who are impure and to slaves (Zevachim 32a). The Mishkan is not the exclusive realm of the sons of Aharon. Rather, there are ways in which everyone can be a part of the avodah. It was, after all, the entire Jewish nation who were charged by G-d with the mission of being a “kingdom of priests, a holy nation” (Shemot, 19:6). This book of Vayikra, referred to as “Torat Kohanim” – “the law of the priests” – is applicable to us all.

If we look closely, this message is relayed to us even earlier in the parsha. Moshe is told “speak to Bnei Yisrael and say to them: when a man (“adam”), one of you, brings a korban to Hashem – from the herd, from the cattle or from the flock you shall bring your offering” (Vayikra, 1:2). Rashi, quoting the Midrash, links the word “adam” in this pasuk to Adam HaRishon (Vayikra Rabbah, 2:7). Just as Adam didn’t bring a korban from anything that was stolen because everything belonged to him, so too one cannot bring a korban from anything that is stolen (Rashi, Vayikra, 1:2).

This Midrash is very strange. Not stealing is one of the ten commandments. Why would someone think that they could steal in order to bring a korban? Secondly, this is not a good parallel. As Rashi himself acknowledges, Adam COULD NOT steal because everything belonged to him! It was impossible for him to steal anything. In contrast, it was very possible for Bnei Yisrael to steal to bring a korban. So what is this Midrash trying to teach us?

The purpose of bringing a korban is to come close to Hashem. As the Alter Rebbe, quoted by Rabbi Sacks, explains, “the essence of sacrifice… is that we offer ourselves” (Rabbi Sacks, Essays on Ethics, p. 154). Bringing a korban is not just an external action, but a reflection of something much deeper –  of an internal commitment and dedication to G-d. Rabbi Sacks explains three ways to build this relationship, based on the three categories of animals mentioned in Vayikra 1:2. The first is “behema”, representing the domesticated animal struggling to survive. When we offer this, we acknowledge a higher purpose to life than basic survival, and show that we are searching for it. The second is “bakar”, representing stampeding cattle with no respect for boundaries. By offering this, we show that we recognise boundaries, between permitted and prohibited, between pure and impure. The third is “tzon”, representing the herd instinct. We offer this up and give ourselves the strength to be different, to be separate, to be “a holy nation” (Exodus, 19:6). The idea of a korban is to redirect our animal instincts, to rise up, to transform ourselves, to connect to Hashem and build a relationship with Him.

And with this in mind, we can return to the Midrash. If the concept of a korban is to connect to G-d, this means that – just like Adam – we CANNOT steal. We CANNOT copy someone else’s relationship with Hashem. We CANNOT mimic the way someone else serves G-d. This Midrash is not teaching us a halacha in korbanot or stealing. It is teaching us an attitude in the way we approach our relationship with Hashem. A korban needs a personal investment and each person, individually, invests and commits in their own way.

This Midrash ends with a pasuk from Tehillim: if korbanot are not stolen than “this will please Hashem more than oxen” (Tehillim, 69:32). If our relationship with Hashem is not stolen or mimicked but is unique and genuine, then it is more pleasing than any animal we could offer up. There is no single correct way to relate to Hashem and to Judaism. Each person in their own way – that is what G-d wants.

About the Author
Born and raised in London, Shoshana spent a year studying at Michlelet Mevaseret Yerushalayim (MMY) in Israel before moving to study English Literature at the University of Bristol, England.
Related Topics
Related Posts
Shoshana Cohen
Comments