The Blogs
Amalia Stodolsky Haas
Apply for a Blog
Advertisement
Please note that the posts on The Blogs are contributed by third parties. The opinions, facts and any media content in them are presented solely by the authors, and neither The Times of Israel nor its partners assume any responsibility for them. Please contact us in case of abuse. In case of abuse,
Report this post. 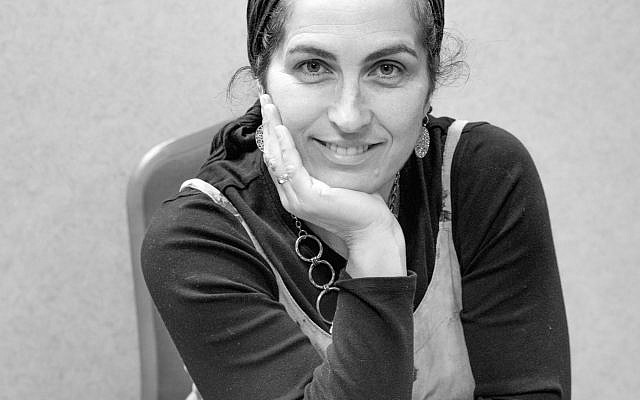 As I wash my hands inside the kitchen of the Amish farmers who are hosting the slaughter of chickens, ducks, and turkeys for my kosher poultry company, I notice the quiet.  There is no ambient background noise in the house. No furnace turning on in the morning cold, no refrigerators, no ice machine sounds in the freezer, no hum of electrical light fixtures, no reminder alarms, no coffee maker. And no phones – corded, portable or cell.   From outside there is no sound of power tools or engines. The house is so quiet that I hear the wind at the window, the inhale of breath; the scuff of my boot on the wood floor.

In contrast to many children in my neighborhood who are surprised that tomatoes grow on plants, these children are helping parents with the arrival of Amish buggies laden with poultry from other farms. Animal hooves, clucking hens, human voices, knife sharpening, men hefting 50 lb bags of kosher salt, pouring water, stoking fires: the sounds of preparation for kosher slaughter on a small Amish farm and in the Beit HaMikdash.

As my team drove through the darkness toward the farm, our conversation was focused on the  likelihood of getting rained out. How would we proceed in a downpour? But when we arrived, my farmer transported me back to biblical Israel, to what it once meant to be a Jew: “It will not rain.”

Was this hubris? Was he joking? Could anyone definitively call the weather? I looked him in the eyes for clarification. “It never rains on my land when there is a wind from the West.” His family had farmed and lived on this parcel of land for generations and knew it intimately.  It did not rain.

The cow walks from a holding pen through a chute designed by Dr. Temple Grandin for humane slaughter. It is cold; cold enough that a cloud of steam is visible from her beautiful nostrils as she exhales. Her massive body moves with quiet power; her eyes have beautiful long lashes. The gate clicks closed behind her and my pulse quickens at my neck. The shochet’s movements are smooth and graceful, the knife razor sharp. In a few seconds, I witness her collapse.  Had I been standing in the Beit HaMikdash bringing a Nedavah, a voluntary offering, I would have performed Smichah, resting my entire weight on the animal before the sacrifice. The Ramban says that in that act I would transfer my identity to the animal. As the animal’s body died its rising spirit would – like our broadband – carry my intentions heavenward.

And what is the kavanah behind a Korban Nedavah? According to Rabbi Menachem Leibtag in “The Korban Yachid: Nedava and Chova,” the sacrifices brought by individuals fall into two broad categories: the Chovah, obligatory or required offerings, due to a sin; and the Nedavah, voluntary, wherein the individual brings the Korban by choice. Of such a voluntary offering the Torah consistently states,  “le-Rayach nichoach isheh laHaShem” – it is a sweet scent before G-d (Shemot 29:41-42; Bamidbar 28:6).

As the shofar is blown in shul on Rosh HaShanah, the cattle are suddenly with me.  I smell their earthiness, sense the grace of their great bodies crossing in front of the bimah from the men’s section to the women’s section.  I hear their stomping, stampeding hooves, the snorting of the herd. Avraham kneels just behind, freeing a ram from the thicket, lifting it onto the altar in place of his son.

As a people, we consoled ourselves after the destruction of the Beit HaMikdash with the notion that prayer took the place of animal sacrifice.  How did animal sacrifice shape the spiritual experience of ancient Jews? What is its relevance to us today? The birth of an unblemished animal may have heightened our ancestors’ attention to gratitude as they sought opportunities to bring a korban. It is tempting as moderns to think that those who offered animal sacrifices were less sensitive to animals than we are.  But could our ancestors have been as or more deeply connected to animals, sensing the animal soul within themselves?

We are quite distant from a world in which most of us would say with surety, “It will not rain on my land when there is a wind from the West.” Parshat Vayikra invites us, however, to connect to those who do not speak, to animals, infants, those who are for other reasons without speech.  It beckons us to listen to our own breath, noticing a spirit that animates us from within and from beyond. May that Avodat HaLev be a portal for us to our ancestors who brought the Korban Nedavah. And may our avodah be received as a sweet scent before G-d.