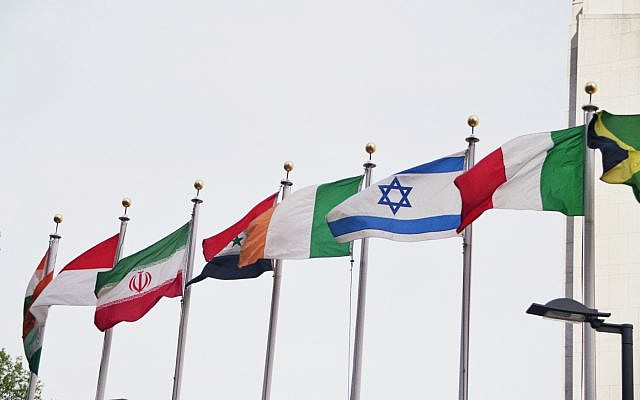 As Yaakov is preparing for the ultimate confrontation with Esav, who’s pursuing him with a death wish, Parshat Vayishlach picks up with the anticipation of fast-paced action. Esav believes Yaakov deceptively stole his birthright blessing from their father, and hoping to avoid conflict and war, Yaakov sends emissaries to make peace. After receiving reports from his messengers that things were not heading in a peaceful direction, Yaakov prepares for war. However, when the Torah recounts their encounter, it’s anything but violent.

After Yaakov has done all he can and sees Esav approaching with 400 men, the Torah says: “Esav ran to greet him. He embraced him and, falling on his neck, he kissed him; and they wept” (Bereishis 33:4). This is, perhaps, the greatest plot twist of the parsha. While there was a heavy focus on Yaakov’s anxiety, preparatory measures, and expectations of catastrophic conflict, it seems almost silly in this moment. It’s almost as if the worries were unfounded, the fears superstitious. And there is still a greater truth woven into this scene that begs attention.

In Haamek Davar, the Netziv describes the significance of the pasuk’s emotional climax, in that it was not only Esav who wept upon meeting Yaakov. Rather, they both wept, and a deep love for Esav awoke in Yaakov, too. In this particular moment, two brothers became enveloped in the strength of pure, familial love. However, the Netziv also explains that once Esav’s descendants will recognize the greatness of the Jewish People, they will both enjoy the reciprocity of brotherhood, a closeness that is deeply personal.

The Ibn Ezra echoes the genuine nature of this encounter, explaining the simple reading of the pasuk — and specifically its note that “they wept” — to mean that Esav did not have malicious intentions and this was, in fact, a heartfelt reunion.

The peace of humanity, an overwhelming, raw love for another person made in the image of Hashem, seems especially apparent from this scene. Transcending the narrow factions of ideology and religion, Yaakov and Esav created an especially holy peace.

Rav Kook’s words on the Jewish People’s relationship to other nations and religions frames this interaction between Yaakov and Esav in a new light. One of the most important things we see is that we can never divorce ourselves from envisioning a reality of reconciliation with those beyond ourselves. Yaakov braced himself for the worst — which was correct — but he was met with the loving embrace of his brother, the other “great nation,” as Hashem told Rivka.

Hashem created the world and humanity in such a way that we must learn from one another, and from there, we can learn to love one another. When Yaakov and Esav united, they achieved genuine peace, despite how unlikely it seemed. With Hashem’s help, we will achieve such experiences, striving for the ultimate peace and unity Rav Kook spoke about.

[1] As translated by Rabbi Ari Ze’ev Schwartz in “The Spiritual Revolution of Rav Kook,” p. 178