The day arrives in which the two brothers meet after 20 years, and the opposite forces both represent are again face to face: “And Jacob sent (vayishlach) messengers before him to Esau his brother to the land of Seir, the field of Edom.” (Genesis 32:4). 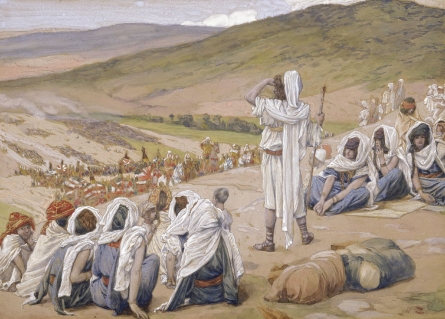 It is evident that the man of peace who Jacob is chooses peace with his brother at any cost in order to avoid bloodshed. At this point there is a lot of debate among our Sages with the obvious questions. If Jacob has the reiterated blessing and protection from God’s love, why does he apparently doubt them? Why not colliding with his nemesis and destroy him once and for all, considering that Jacob has God’s reaffirmed protection?

These questions must be directed to ourselves, not with the purpose of justifying Jacob’s decision in this case but to understand the complexities of living in the realm of darkness with the mission to bring light to it, and making sure to reveal the light concealed in darkness. This is the disjunctive that Adam, Noah, and others could not resolve and failed in their endeavors.

Entering in the realm of ego’s illusions is similar to penetrating a dark labyrinth with no light, and illusions are the only available references to deal with such mirage. In practical terms, it is like being trapped in desires that demand immediate satisfaction, and it seems to be no way to escape from them except by appeasing them with what they demand.

Jacob knows that goats, camels, donkeys and cattle, which represent our lower emotions and passions, are the main demands of ego’s desires: “and took of that which he had with him a present for Esau his brother: two hundred she-goats and twenty he-goats, two hundred ewes and twenty rams, thirty milk camels and their colts, forty kine and ten bulls, twenty she-asses and ten foals. (32:14-16).

What if Esau’s desires are from a different nature? What if in his innermost thoughts and feelings Esau yearns for his own redemption? After all, the prophecy is quite clear: “And redeemers will come up on the mount of Zion to judge [do justice to] the mount of Esau, and the kingdom [sovereignty] shall be the Lord’s.” (Obadiah 1:21).


The Torah’s account of events gives us the answers when we read that Jacob calls his brother “my master” and presents himself as his “servant”. Our Sages debate these definitions and conclude that Jacob would be punished for bowing to one who desecrates the Name of God with his contemptuous wickedness. Sages say that the eight times that Jacob called Esau “my master” represent eight kingdoms that later would subjugate the Land of Israel and the Israelites.

From this episode we learn that we must confront negativity in every way as the only resort to make love prevail always. Jacob’s attitude towards Esau is even more ironic after defeating the angel (of Esau) in a nightlong wrestling (Genesis 32:25-30). Jacob (Israel) proved in his long fight with the angel his total awareness and commitment to remove the barriers of darkness that don’t allow the complete revelation of the Divine Presence in the material world. 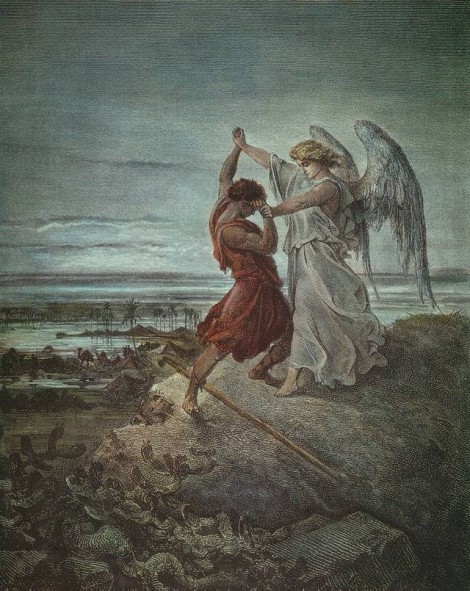 As we have said many times, this is the mission of Israel: to create a place for God to dwell in this world, and that place is love that created us and love we must reveal by removing the negative aspects of consciousness. These are the traits represented by Esau and his descendants, the “nations” that Israel must conquer and subdue in order to settle in the Promised Land.

This conquest and its wars are waged when Israel is in complete unity with the Creator through the unity of love, because God’s ways and attributes are the means to clear ego’s negative illusions. Loving actions and good deeds are “redeemers that come up on the mount of Zion to do justice to the mount of Esau”, in order to fully proclaim the sovereignty of God in all dimensions of His Creation.

When we embrace God’s ways and attributes as the only rulers and guides of all the levels, traits, aspects and facets (as the “nations”) of our consciousness, we fulfill His will as it is written: “Because the kingdom is the Lord’s, and He rules over the nations.” (Psalms 22:28).

God’s love is waiting for us to claim His ways as our true redeemers: “And when they cried to You in the time of their distress, You heard from Heaven, and according to Your great compassion You gave them redeemers who delivered them from the hand of their oppressors.” (Nehemiah 9:27), and when we realize this we will be completely aware that “The whole Earth is filled with His glory!” (Isaiah 6:3).

In this sense Jacob knows that he is not ready to confront Esau because he needs more time to elevate his character in order to become the truth that he and his heirs represent: love and light to create a place in this world as the will of the Creator of all. Hence Jacob tells Esau: “(…) and I will move [at] my own slow pace, according to the pace of the work that is before me and according to the pace of the children [Jacob’s descendants], until I come to my master, to Seir.” (Genesis 33:14), in order to fulfill the prophecy (Obadiah 1:21) as a Commandment.

In this context we can understand why Jacob called Esau his “master” because ultimately it is Israel’s mission to redeem the “nations” (Esau and his descendants), so they all can recognize and praise God’s love as the true sovereign of His Creation: “That Your way may be known upon Earth, Your Redemption among all nations.” (Psalms 67:3). 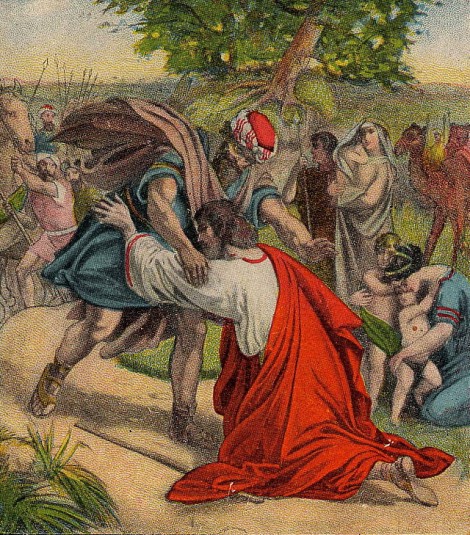 Israel’s confrontation with the perils and dangers of darkness continues in the parshah: “Jacob’s two sons, Shimon and Levi, Dinah’s brothers, each took his sword, and they came upon the city with confidence, and they slew every male.”, “Jacob’s sons came upon the slain and plundered the city that had defiled their sister.” (Genesis 34:25, 27).

This time Israel’s sons reacted with the radical approach their father didn’t have with Esau. Even when dealing with idolaters who are slaves of their lower passions, the danger to become like them is always present: “Then Jacob said unto his household, and to all that were with him: ‘Put away the strange gods that are among you, and purify yourselves, and change your garments’.” (35:2).

Other sad events mentioned in this portion are the deaths of Rachel and Isaac.

The portion ends mentioning the generations of the descendants of Esau as a reminder that they represent not only the obstacles to fulfill Israel’s mission but the chastisers always ready to strike when we dismiss love’s ways and attributes, and rather choose to follow ego’s fantasies and illusions. If Jacob’s decisions were indeed difficult in his times, it is also difficult for us to make the right choices now.

In every moment we have to make choices, and the main lesson the Torah teaches is to make them not only for our own individual benefit and convenience, but taking into consideration the collective benefit and well being of all concerned. That is one of the main attributes of love, and also is one of its ways.