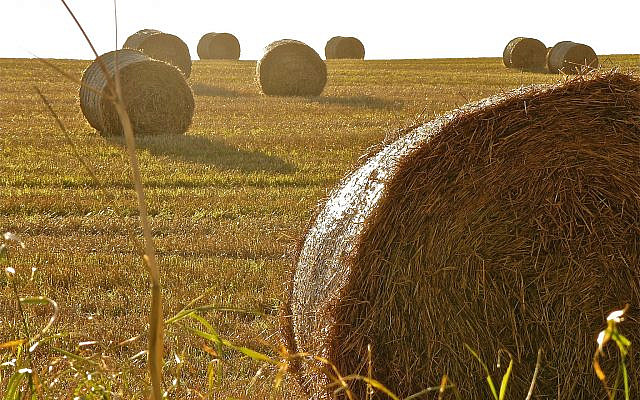 Photo by James Qualtrough on Unsplash

And finally… after an entire year, an entire cycle of reading the Torah, we come to VeZot HaBracha. The end. The final parsha, the Torah’s final words. Unsurprisingly, the theme of finality is a thread which runs heavily through this parsha, crimson and unmistakeable. Not only is it the end of the Torah, but it is also the end of Moshe’s life, and the end of the forty year journey undertaken by the Jewish people, from Egypt through the desert. Their travels end here and now, as they stand on the border of Eretz Yisrael. They have reached their destination. They have reached the promised land.

This parsha is read on Simchat Torah, the culmination of Sukkot – a chag which also is very much connected to the theme of finality and endings. Sukkot is the culmination of a process we began on Rosh Chodesh Elul: a process of introspection, reflection and teshuva, a process which took us through Elul to Rosh Hashanah to the Aseret Yemei Teshuva to Yom Kippur to Sukkot. Sukkot is also linked to the end of the agricultural cycle, it is referred to as Chag HaAsif (Shemot, 34:22), the festival of the farmer’s gathering in their harvests.

The root of the word “haAsif” means “to gather”, and is used in the Torah as a euphemism for death. For example, just before Aharon dies, Hashem tells Moshe: “let Aharon be gathered (using the root asaf) to his people” (Bamidbar, 20:24). Endings are times of gathering – gathering the fruits of our labour, gathering with our loved ones, gathering our thoughts and reflecting. Rashi explains that it was Moshe’s approaching death which motivated him to gather the people, and his thoughts, and bless them in this parsha (Rashi, Devarim, 33:1).

As we come to the end of a cycle, the end of a year, and the end of the process of Elul and Tishrei, it is a time for us to gather our thoughts and reflect. What have we gained from this year? What have we gained and learned from reading the entire Torah again? What have we gained from the teshuva process of Elul and Tishrei? And how are we going to take these with us as we head into the long months of winter ahead? Because whilst this parsha represents an ending, it represents a beginning too. We immediately start reading the Torah again – we begin a new cycle, a new year, a new process. And it is the things we have learnt, experienced, seen and been taught in the previous year that will propel us forward – forever onwards and upwards.