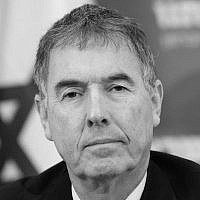 The Blogs
Yossi Shain
Apply for a Blog
Advertisement
Please note that the posts on The Blogs are contributed by third parties. The opinions, facts and any media content in them are presented solely by the authors, and neither The Times of Israel nor its partners assume any responsibility for them. Please contact us in case of abuse. In case of abuse,
Report this post. 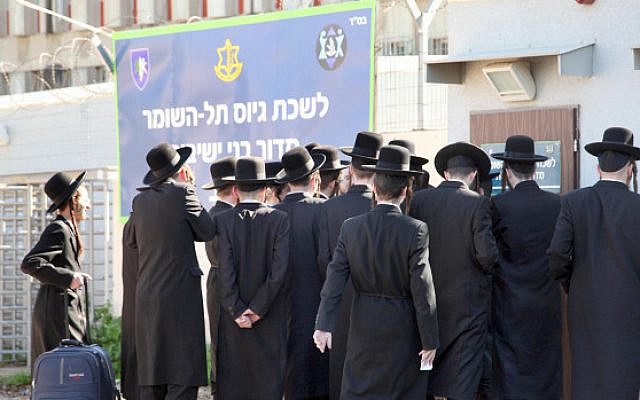 During a debate over the proposed ‘draft law’, MK Yisrael Eichler (United Torah Judaism) announced that the ultra-Orthodox would emigrate en masse should the bill pass. Emigration instead of integration.

For the last twenty years, Israel’s three branches of government have been tangled in a legislative web surrounding the issue of mandatory conscription for the ultra-Orthodox.

The gap between those who serve their country and those who are exempt from serving their country is only growing, and without a suitable solution to the unequal division of national responsibility, Israel is bound to find itself in economic and social turmoil that will be hard to reverse.

This gap stems from a clause in the original Security Service Law (1949) that granted a deferral from mandatory conscription for religious Jews who claimed that studying Torah was their way to defend the homeland.

Israel’s first Prime Minister, David Ben-Gurion, recognized the tremendous damage caused to the world of Torah study during the Holocaust and was thus inclined to compromise on the issue. Likewise, he needed the tacit support of the Haredi leadership in the quest for statehood.

When the 1949 the law was ratified – and with an understanding that the clause would be temporary – there were roughly 400 young men who opted to use the exemption; today the number stands at a staggering number of more than 60,000. Yeshiva students have the option of deferring their service every six months until the age of 24, at which point, they are exempt from military service.

What was intended to be a temporary statute morphed into a morally, problematic political arrangement and that created a bleeding wound in our national discourse regarding the ‘burden of responsibility’ for defending the Jewish state.

This arrangement not only tramples upon Jewish-Israelis’ collective duty to safeguard the state’s sovereignty but has also enabled yeshiva students to continue studying after reaching the exemption-age. Ostensibly, this is due to their dependence on state subsidies which inhibit their training, education and acquisition of practical skills that are essential for the workforce.

In reality, those who serve their country are therefore absorbing both the burden of defense and the economic burden of carrying the ultra-Orthodox on their shoulders.

Today the ultra-Orthodox comprise about 13% of the population, and by 2050 – according to most estimates – will reach close-to 25%. The state will not be able to sustain itself economically if we as lawmakers cannot come to a plausible arrangement that will end this morally corrupt saga.

But now, due to the makeup of the governing coalition, we finally have a unique opportunity to change course. Hence, the government is pushing legislation which I believe will extricate Israel from a distorted reality that discriminates against those who serve their country.

The proposed law (The Security Services Law – Integration of Yeshiva Students) –  a flagship component of the coalition agreement – comprises two key elements that will have a lasting impact on Israel’s future.

First, there will be a yearly enlistment quota according to the needs of the IDF. This number will start at 2,123 and increase incrementally through 2036.

The IDF has already started to build a specialized network to improve integration. It is essential for the army to provide the necessary structural elements in order to capitalize on the strengths of these young men while allowing them to maintain their religious lifestyle.

Second, the law stipulates that the exemption age will be lowered from 24 to 21 in order to encourage young Haredi men to enter the workforce without fear of being conscripted. After two years, the exemption age will rise to 22 and then 23; however, students can still apply for the exemption at 21 on the condition they commit to undergoing some form of civil training or specialized vocational training.

In lowering the exemption age, our goal is to encourage ultra-Orthodox men to leave the yeshiva after a few years and enter the labor market at a younger age.

The more Haredi men enter the workforce and the military, the more they will see themselves as part of the greater Israeli fabric and will be less fearful of the backlash they may receive from within their respective communities.

Such changes should help mitigate the polarization between different segments of the Israeli population and will minimize the bitterness held by those who believe they are shouldering most of the load.

My Haredi colleagues in the Knesset are shouting gevalt and also have the audacity to assert that the new legislation runs counter to the wishes of Ben-Gurion when he initiated the antiquated clause.

Yet, they forget that Ben Gurion himself already recognized the trap when in 1958 he penned a letter to the Chief Ashkenazic Rabbi, Rabbi Dr. Isaac Halevy Herzog, in which he questioned the law’s ethical implications.

“First and foremost, this is a moral question as to whether or not it’s appropriate for one mother’s son to be killed while another mother’s son will sit and study securely as the majority of young Israelis are willing to donate their soul in defending the country.”

The State of Israel was created as the national homeland for the Jewish people, and the IDF is a part of all of us whether we like it or not. There is no greater honor than serving one’s country and absolutely no reason why Torah study should come at the expense of protecting the homeland. The two are not mutually exclusive.

Like I said in my speech to the Knesset assembly last week: ‘As Jews, we are all Torah students, and this law is by no means an obituary for the world of Torah study as my colleagues would have you believe’

We cannot let the obtuse motivations of ultra-Orthodox politicians and rabbis continue to obstruct our national character by claiming that serving in the army will destroy the world of Torah. This is false.

It’s time to make a change. We must act now.

About the Author
Prof. Yossi Shain is a Knesset member from Yisrael Beytenu and chairman of the Subcommittee for Higher Education. He head's the Knesset's Delegation for Relations with the European Parliament and sits on the Foreign Affairs and Defense Committee. Prior to entering the Knesset, was the head of Tel Aviv University's School of Political Science.
Related Topics
Related Posts
Comments