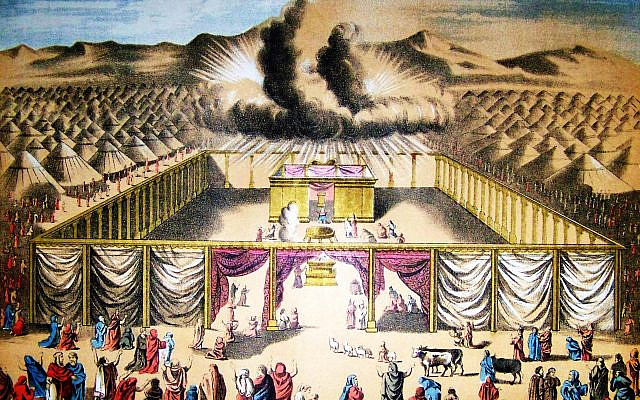 Thirteen of the last sixteen chapters of Exodus deal with the construction and fitting-out of the Tabernacle in the wilderness. It is a remarkably lengthy passage, in contrast to the economical treatment of every other topic in the Torah. The attention paid to the construction of the Tabernacle shows just how important sanctuaries and temples were in the ancient world.

Exodus is explicit that the Tabernacle was to be a place in which God would dwell. The Book of Kings, discussing the Temple that Solomon built in Jerusalem, says much the same. In the ancient world every people had its god, or gods, and placed their images in sacred dwellings dedicated to them. Even though the God of the Israelites was not to be portrayed as a physical representation, the possibility of him dwelling among them was not an alien idea.

Temples were still common centuries later, in the rabbinic period, roughly 100-500 CE. But the Jewish temple had been destroyed by the Romans, and even though the Jews yearned for its rebuilding, they no longer believed that their ineffable God required a physical dwelling. But nor did they see temples as we do, as a well endowed cultic centre. They were caught between the ancient and modern worlds, developing their own rationale for why a Temple was necessary, and why they should yearn for one.

One daring Midrash explains the need for a Temple by introducing an erotic verse from the Song of Songs. “I was asleep but my heart was awake, (hearing) the voice of my beloved knocking: ‘open up to me my sister, my darling, my perfect dove…’” (5,2). The Midrash interprets this as Israel, sleeping and disengaged from the world, being buffeted by events, while God stands wakeful, protecting them. Eventually God grows dissatisfied at being kept at a distance from them. He knocks, asking them to let him in. “Make me a house’ he requests, ‘so that I will no longer be outside.’ God request a physical symbol of his love for Israel and theirs for him.

Rabbi Akiva promoted the idea that the Song of Songs, the epitome of holiness, was a graphic metaphor for the relationship between God and Israel. Using this metaphor the Midrash transforms the Tabernacle from a physical dwelling place for God, into an erotic symbol of divine love. God has no physical form, but nor he is solely transcendent. For the authors of this Midrash, God’s imminence can be described in terms of the physical passion of his love. But this is too extreme and dangerous an idea. Therefore he requires a physical building, a symbol to bring this passion down to earth. A tabernacle, to ensure is ‘no longer outside’.