Many Christian denominations (including Anglicans, Lutherans, Methodists, Presbyterians, and Roman Catholics) observe the washing of the feet on Maundy Thursday of Holy Week. Thousands who make a pilgrimage to the Holy Land for Easter observe this as the first ritual of their visit. It is a beautiful ceremony, during which pilgrims wash each other’s feet. As I observed pilgrims joyfully fulfilling this obligation, I was very moved. 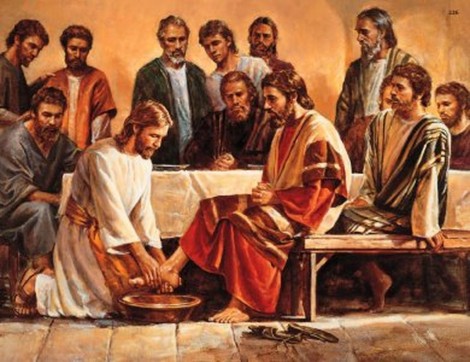 Washing another’s feet is putting yourself below them both physically and symbolically. The principle behind the ritual is that it represents an act of deep humility. For Christians, this particular ceremony is an imitation of Jesus, who washed the feet of his disciples on the eve of Passover.  As it says in the Gospel of John:

For I have given thee an example, that ye should do as I have done to ye. Verily, verily, I say unto ye, the servant is not greater than his lord; neither he that is sent greater than he that sent him. If ye know these things, happy are ye if ye do them.”

The act needs to be understood in connection with the concept of “kenosis,” whereby Jesus emptied himself of his own will and took on only God’s will. He demonstrated his willingness to endure great suffering in the process. Washing the feet is a sign of this humility. But it is a humility grounded in, and leading to love. Jesus is willing to offer his life in love and humility.

The English word Maundy in the name for the day (Maundy Thursday) is from the Latin mandatum, the first word of the phrase “Mandatum novum do vobis ut diligatis invicem sicut dilexi vos” “A new commandment I give unto you, That ye love one another; as I have loved you”, the statement by Jesus in the Gospel of John  by which Jesus explained to the Apostles the significance of his action of washing their feet.

I find this nexus of humility and love very powerful, and it has allowed me to revisit the Passover story. Obviously, we were taken out of Egypt by the messenger of whom God said there was no one more humble and who shepherded us, and continues to shepherd us, in love. And obviously our own humility and lowly state in Egypt made room for God’s redeeming grace and love.

In a more particular way, I noted the introductory declaration to the Passover Seder. The first thing we say is:

This is the bread of poverty that our forefathers ate in the Land of Egypt. Let whoever is hungry come and eat. 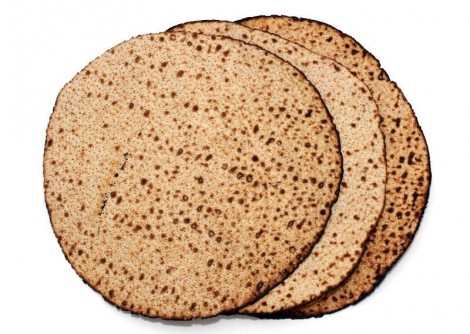 The matza is a the symbol of humility, unleavened bread that does not rise, constituting a sign of no ego. The state of poverty, lowliness and humility is not turned inwards but rather outwards, into an invitation to others to join, an invitation that is based on a love that recognizes the unity of us all.

And so, once again, the deeper spiritual realities to which our traditions point are ultimately one, making their way into our hearts through parallel narratives that reveal one fundamental reality, grounded in love and humility.