Monday night was Passover seder (in Israel we have only one — unlike outside Israel, where there are two). A few hours before seder-time, two rockets were shot from the Sinai into the southern part of my Eshkol Region — about 20 minutes south of where I live. Nevertheless, people here celebrated the seder… maybe they were a bit more wary — more careful that their saferooms be uncluttered and able to absorb a sudden influx of guests if need be, but I doubt anyone changed their evening plans. I celebrated the seder with part of my beautiful family, in another kibbutz on the border. The food was plentiful, the atmosphere festive. The children gleefully searched every corner to find the Afikoman (a part of the main matzo that is hidden at some point — and in observant families, the evening celebration cannot be completed until the children find it — a playful solution for kids that are cooped up around the dinner table for hours, to keep them amused). We read the Passover story (with an occasional fast-forward ), and as our forefathers have done for thousands of years, we passed on the story of our release from bondage, to our children and grandchildren.

The next day, while relaxing and sharing my Passover photos, relishing in my bounty and good fortune, this was going on just a few kilometers away from where we were:

Monday, a young man, with whom I am in contact on Facebook whom I will refer to as “M,” wrote this on his wall: “I would like to wish all friends Happy Passover.” Maybe not all that unusual to see — except for the fact that M lives in Gaza. The following morning, again, as I was working on my photos, he wrote an upbeat post — wishing everyone a good morning on this beautiful spring day. He wished everyone “peace love and harmony for the world.”

So when a few hours later, I saw him post — writing that he “felt broken,” I asked him what was wrong.

What broke his spirit was the sudden notification that his 63-year-old father would be losing his unemployment benefits. His is one of the 630 families who will no longer be receiving the benefits they have gotten every three months from the Palestinian government; money that comes from the European Union. Mahmoud Abbas notified them that due to a financial crisis, they will no longer transfer the money that countries of Europe are providing in order to help the poor of Gaza. Nine souls in his family will be without the stipend they need in order to eat.

Have you heard about this? Have you read about it anyplace? Neither had I……

I’ve known for a long time that unemployment is rife in Gaza. Even those who do have work, do not have job security and can be fired at any time. His father used to earn a steady living – he used to travel to Tel Aviv to work, to feed and clothe his family. But since the “closure”, he cannot get work. In the words of M., “Abbas and Hamas steal the aid of the Palestinian people…The people are the victims of Hamas and Abbas…..We live a very bad life”, he says. “Here the work is not permanent you may work 1 month, lose your job for 3 months. The unemployment rate here is very high.”

“What is the solution?” I ask him.

“The solution is a lasting peace with Israel. War brings us poverty and bad life.”

So when people say that the Gazans do not want peace, please think of my friend M. On this holiday, when we on our side of the border celebrate our exodus and release from bondage, we need to remember that we have neighbors — cousins, in fact, by DNA — who are, right this minute, enslaved. And for those of us unable to empathize with their pain, please remember at least this: a hungry neighbor is a dangerous neighbor. Until the people on the other side of our border can be gainfully employed, building their own ports and homes and hospitals and institutions of learning; until they are able to feed and clothe their families, our lives here on this side of the border will not be safe and secure. I can only hope that someday soon my neighbors will be able to celebrate their own release from bondage from the modern day pharaohs from within their own leaders. 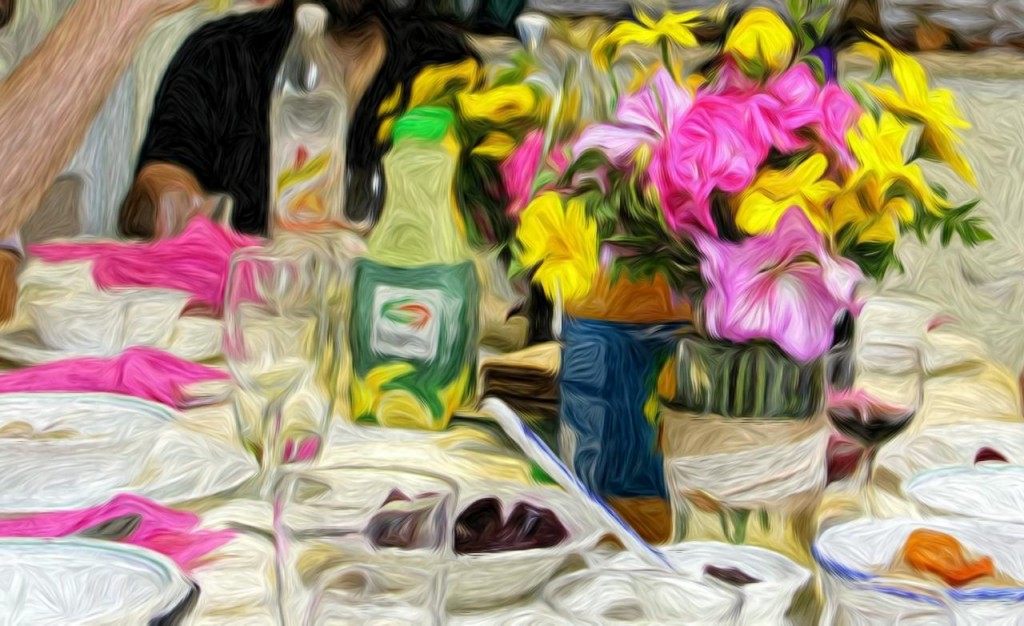