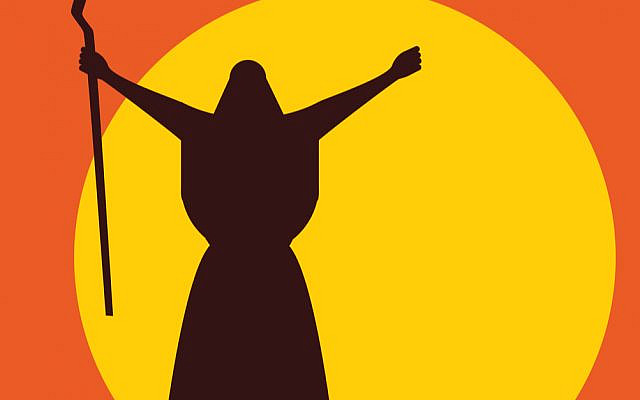 There is hardly a Jewish holiday more widely celebrated than Passover (Pesach). Jews of all denominations, affiliations, and levels of religious observance, if any at all, gather at the Passover Seder to tell the story of the Exodus from Egypt. What is often lost amid all of the beautiful rituals, not least among them the singing of Had Gadia and other Seder songs, is the deep meaning of this holiday, which is far more profound than a mere recollection of historical events, no matter how important they may be. What is, then, the deeper meaning of the Passover that transcends its historical significance?

On the morrow of Shabbat

One obscure and little-known (outside of the observant Jewish community) commandment (“mitzvah“) may lead us to a deeper understanding of the meaning of the Passover – this is the commandment to count the Omer, i.e., to count 49 days between the Passover and the next holiday, Shavuot. The Torah states:

And ye shall count unto you from the morrow after Shabbat…” (Leviticus 23:15)

In six days God created Heaven and Earth; and on the seventh day, He rested.” (Genesis 20:11)

What does it really mean that God rested after creating Heaven and Earth? Did He get “tired”? Can the Omnipotent God get tired? The Midrash says that it was as easy for God to create the world as it is for us to pronounce the letter Heh, the fifth letter of alefbet (the Hebrew alphabet) which is pronounced merely by exhaling. The Sages are telling us that creation was effortless for God. (Bereshit Rabba 3:2, 10:12) If God cannot get tired, then what does the divine rest mean?


We shall approach this question by asking an easier and more general one: what is the meaning of rest? Let us look at physics. The cardinal principle of physics is “the principle of least action,” a.k.a. “the principle of stationary action,” which roughly states that any system evolves in time so that its action (a physical quantity closely related to energy) is stationary. In other words, the system always chooses a path so that its action remains “at rest” – stationery – as if being at rest is the ultimate goal of the physical system. Simply put, every system gravitates and evolves towards the state of rest.


One of the first scientists to formulate the principle of least action was Pierre Louis Maupertuis, who felt that “Nature is thrifty in all its actions.”

In the 17th century, Pierre de Fermat postulated that “Light travels between two given points along the path of shortest time.” Known as the “principle of least time” or Fermat’s Principle, this was one of the first formulations of the principle of least action.

The laws of movement and of rest deduced from this principle being precisely the same as those observed in nature, we can admire the application of it to all phenomena. The movement of animals, the vegetative growth of plants …. are only its consequences; and the spectacle of the universe becomes so much the grander, so much more beautiful, the worthier of its Author, when one knows that a small number of laws, most wisely established, suffice for all movements.” (Chris Davis. Idle theory)


This teleological behavior of a physical system aiming at achieving a certain goal—the state of rest—has profound philosophical ramifications. If rest is the teleological goal of evolution of every system in physics, perhaps we can generalize this notion and define a broader concept of rest as the state of achieving a goal—the system rests having achieved its goal, or one rests having achieved one’s goal.

Alternatively, the last phrase can be translated as “…and I will guide thee [to the Holy Land], where thee finds rest.”


The other word that shares the same tow-letter root—נ (nun) ח (chet)—is the word נחת (nachat), which can be translated as satisfaction, gratification, contentment, or rest. One experiences all these emotions—satisfaction, gratification, and contentment—having reached one’s goal, i.e., one is at rest having achieved the state of psychological equilibrium, called in Hebrew menuchat hanefesh, i.e., the “rest of the soul.”


Now we can understand the meaning of the divine rest. God set out to create the world. He toiled six days creating Heaven and Earth and, having completed His creation, He rested on the seventh day, Shabbat, having achieved His goal of creation. Our required rest on Shabbat is a way to connect ourselves with the Divine purpose of creation and proclaim a purposefulness of being. When we celebrate Shabbat, we recognize our Creator as Purposeful Being and celebrate His Purpose in the creation.

The Zohar states that there are two Sabbaths—the higher Shabbat and the lower Shabbat.


It is difficult to imagine that the whole purpose of Creation was merely the creation of the material world, as beautiful as it was. As our Sages teach, God created this world for the sake of man, the only being in the universe, endowed with freedom of choice and the ability to serve the Creator out of free will. This is why we celebrate Jewish New Year—Rosh HaShanah—not on the 25th day of Elul, when, according to Tradition, the physical world was first created, but five days later—on the first day of Tishrei—when Adam and Eve (Chavah) were created. It is no accident, therefore, only after God created man, the “crown of creation,” on the sixth day, God was able to rest on the seventh.

Originally, this mission of serving the Creator was given to all mankind, but Adam and Eve disobeyed the will of the Creator, thereby missing the opportunity to realize the purpose of creation. …Then Kain killed Havel and humanity went downhill from there. Regrettably, humanity as a whole failed its mission.

The Exodus from Egypt

By taking the people of Israel out of Egypt, God chose His people and sanctified them, and gave them the mission to fulfill His will—to bring Godly light into the world. The Exodus from Egypt marks the birth of the Jewish people as a nation. It also marks the covenant between God and His people. Thus, at the moment of the Exodus, the original plan of creation was finally realized. At last, the Creator had a nation that committed itself to carrying out and realizing His goal of creation. In this light, the Exodus takes on a cosmic significance, comparable to the creation of the world. That is precisely why the Torah calls Pesach “Shabbat.” Just as the first Shabbat celebrated the completion of the creation of the physical world, the Exodus from Egypt signified the realization of the spiritual purpose of Creation.

Originally published on QuantumTorah.com on Mar 31, 2013.