It was around mile 75 of an 88-mile bike ride from Plymouth to Provincetown called the P2P this past Wednesday when Lester Blumberg, our Temple Emunah past president and one of our informal team captains of the Emunah cyclists, the Minutemenschen, caught up to me. 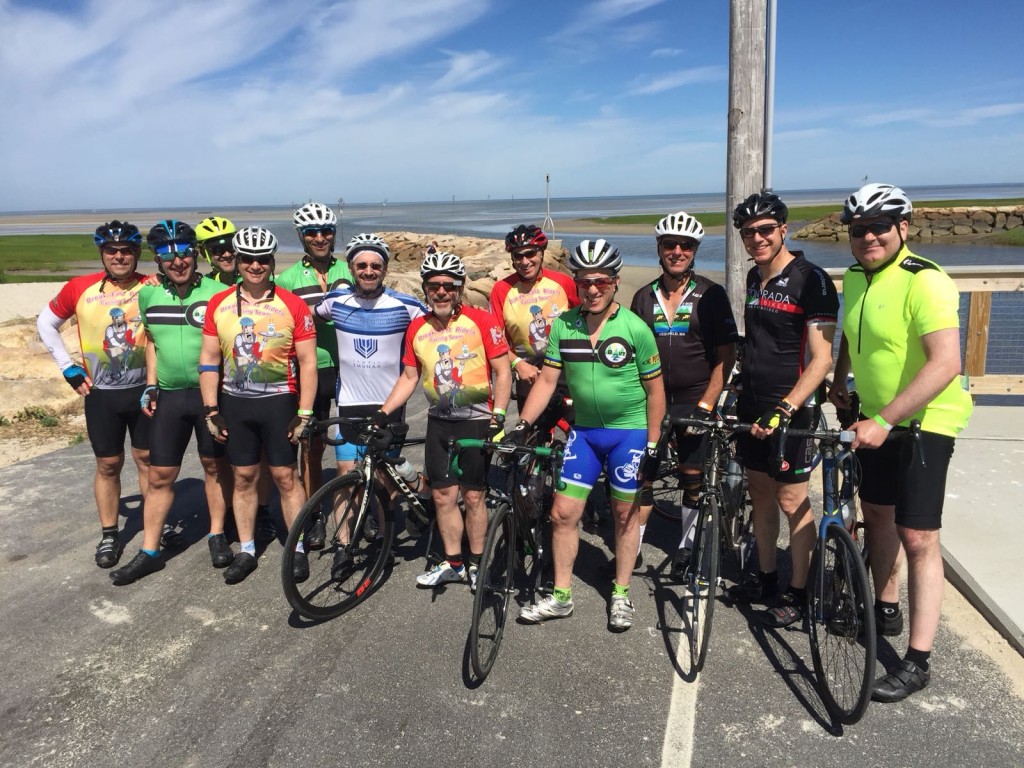 After we had been riding for five hours across Cape Cod, we were climbing a hill and he told me that I had made a wrong turn and we were now off course. I had been leading a small group of riders through Truro, trying to use the markings that had been painted in the road for the bike route.

I told him “I was following the green markings.”

He replied: “We were supposed to follow the orange ones.”

I felt like a failed Moses, trying to lead the people, but instead leading them astray. Perhaps Moses felt similarly as he led the Israelites through forty years of wandering.

Things have not been going smoothly. The people have been constantly complaining; and there was the incident of the Golden Calf and last week we read of the mutiny of Korah, which tore the people apart.

All of this is building up to this parashah where Moshe Rabbeinu, where Moses, our beloved teacher, falters. He hits the rock instead of speaking to it; surely, a minor difference, but one which carries with it a terrible cost. 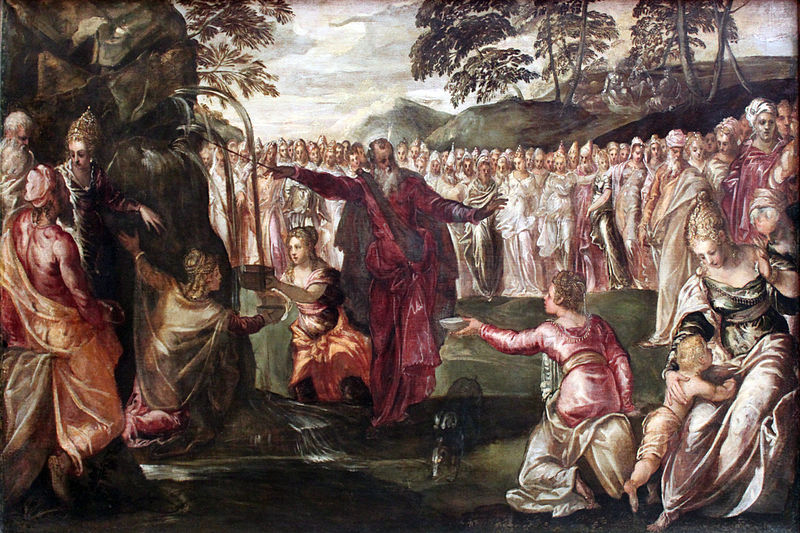 Perhaps he is overwhelmed with sadness at the death of his sister, Miriam; after all, it was she who protected him when he was just an infant.

Perhaps he hits the rock because of all the frustration of leading an am k’she oref – a stiff necked, stubborn people, has worn him down. As he yells before hitting the rock: “Shimu na ha-morim – listen you rebels!” (Num. 20:10)

The damage is done.

He is given a most harsh penalty for his seemingly minor infraction; he will not be allowed to enter the Promised Land.

Focussing on his words as the true error, Maimonides claims that Moses was punished for losing his temper with the people, calling them a name: “rebels” and striking the rock a second time.

As Rabbi Harold Kushner points us to in our Etz Hayim Humash, the Talmud teaches that “when a prophet loses his temper, his gift of prophecy abandons him.” (BT Pesahim 66b)

Reading this narrative, I have always been struck by the punishment not meeting the crime.

The Torah teaches that consequences should be commensurate with the action committed and this does not appear to follow that approach. Moses’ sentence seems far too harsh, given all that he has done – time after time defending the people and leading them through the travails of the Exodus and the forty-year journey.

So, how can we understand this? How can our greatest leader be given such a harsh punishment?

To explore these questions, I like to widen the scope and examine the larger picture. What could the Torah be trying to teach us here?

Perhaps it is a lesson for our lives. If our greatest leader and teacher, Moshe, did not achieve his life-long dream of entering the Promised Land, perhaps we can understand that neither will most of us. Most of us do not achieve all of our dreams, our goals, our bucket-lists. We will not be able to be the people that we want to be – we will make mistakes, we will misspeak, we will hit the rock, even when we really do not want to do so.

It is interesting to note that Moses does not respond when he learns of the consequences of his actions.

He continues right on leading the people through their encounter with Edom, the death of his brother Aaron, the attack of the serpents and the wars with Sihon and Og. He does not complain. He accepts his fate.

Moses’ response is so challenging and inspiring. Challenging – since one would expect him to try to negotiate a lower penalty; after all, he has such a close relationship with the Divine, one might expect some leniency or compromise.

But that is because I see Moses is teaching us something more profound about our lives. He invites us to view life as not merely about ourselves and our accomplishments; he inspires with a different approach: taking a larger view, looking at a much bigger picture.

Moses is teaching us to see the human experience from the vantage point of huge swaths of time. Generations, events and ideas preceded Moses and they will exceed him. He paints a picture of a chain in time – human beings will not accomplish everything in their lives – as even Moses does not enter the land, but when we see ourselves working as part of generations, generations that build on each other, part of a larger chain, then we do not feel as if we have failed, since we have not accomplished all we have set out to achieve.

Human beings have a unique gift to build on memories and past knowledge to transmit ideas into the future.

This has been one of the calling cards of Judaism – to see ourselves as part of a people who moves through history, hopefully, deepening our awareness and wonder of God and the universe and moving ourselves and the world toward a more just and peaceful world.

Moses offers us a picture of not letting the disappointments in life overwhelm us. It is as if he is calling out to us: “Remember, that you are part of something larger.”

There is another salient point to be made from this narrative: hitting the rock and calling the people a name is not a good thing. The Torah is telling us to pause when we get frustrated, as we try to remain centered in our reactions.

Imagine if Moses had said to the people: “I know you are thirsty and frustrated; this journey has not been easy for you or for me. And we are all mourning the loss of my sister. I myself am feeling both sad and disappointed in everyone’s behavior. Let’s regroup and reboot.”

That might have created a very different scenario for Moses and the people. Not easy to do, but a real game-changer.

When we realized we were off course on Wednesday in Truro, we experienced some momentary shock and I was embarrassed that I had led us off course.

But, we were able to pause and thanks to Google Maps and GPS, chart our way to the finish.

In this case, we got back on course and made it to the proverbial Promised Land in Provincetown. In fact, we realized that the course markings we had followed actually avoided a big hill, taking us on a slightly more pleasant route.

Pausing and looking at the big picture can be helpful in a bike ride or in fact any day, as we live our lives.