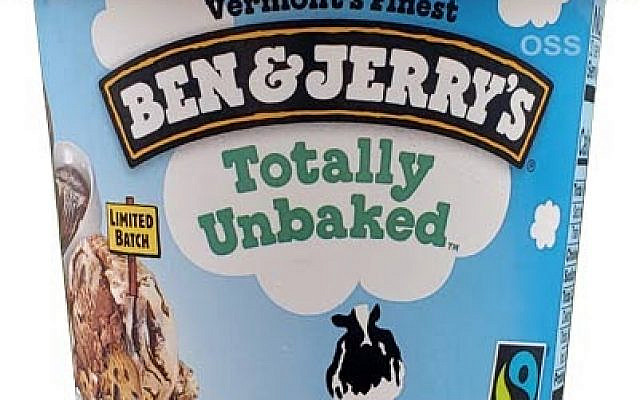 
Amid tremendous blowback, Ben and Jerry have rushed to the defense of their namesake company’s decision to pull out of Israel in the perhaps most natural if not the most fit place to fight an anti-boycott movement—the editorial pages of the New York Times.

They argue that the company’s actions are right and proper in light of its long-standing Northern Stars, “peace” and “social justice.” For good measure, they also suggest that it is a Jewishy thing to do. Both claims are meshuga, a (mostly) polite Yiddish way of saying “nutty.”

Luxury capitalism—even do-good luxury capitalism—is not social justice. Ben and Jerry’s ice cream pioneered a model of capitalism: premium products at premium prices, the cherry on top being a commitment to advance “peace” and “social justice.” A pint of Ben & Jerry’s costs over $9 in my neighborhood, but Aldi has a comparable ultra-premium ice cream for $2.14 a pint. Ben and Jerry’s seems uninterested in bringing the delights of their ice cream passion to the masses; this is blatantly a brand for the “haves.”

Keeping the best for yourself is not social justice. Ben & Jerry’s chooses to franchise its stores (think Miami Beach, Coral Gables, Fort Lauderdale), rather than keeping them inhouse so that store employees might earn the same wages and generous perks as the “key talent” in headquarters (think three free pints of ice cream—daily!, dogs at work, free unconscious bias training with a local university, and on).

Selling out to social injustice is not social justice. In business, if not life, you sometimes do get to choose your parents. The company affectionately referred to as “Ben & Jerry’s” is not a small, independently owned passion project—those days are long, long gone. It is “Ben and Jerry’s Homemade Holdings Inc.,” a division of Unilever. Which is to say that Ben & Jerry’s parent company is the one responsible for “the world’s most sexist advertising”—doozies for its Axe deodorant include one in which a good-looking woman spanks herself with the arm of a mannequin she just sprayed with Axe, and the one where a guy made of chocolate gets licked by a bunch of women.

Social justice is not opaque. Social justice actions should be characterized by transparency, not opacity. Ben & Jerry’s has kept surprisingly quiet about how it actually decides what is and is not “socially just.” Israel is the only country the company has ever pulled out of for “ethical” reasons. Selling in Iran, Syria, China, and Cuba apparently pose no such ethical challenge—whatever that ethical challenge actually is, as they define it. The real work of social justice requires coalition-building, but by all accounts Ben & Jerry’s made not one effort to bridge the divide, to work with people who disagreed, to forge common ground. Slogans are not policymaking. The company claims to pursue “social justice” on behalf of its customers, but without transparency about what that means and when it will or will not be carried out.

Social justice is seldom, if ever, a cause of obesity. Ben and Jerry’s ice cream is “packed with more fat and sugar than most of its competitors.” Selling it is certainly permissible in a free society, but it’s about as socially just as selling cigarettes. Ben and Jerry’s finally introduced a line of “light” premium ice creams because it was getting beat in the market by Halo, which pioneered a way to make a light ice cream that actually tastes good. With a decades-old epidemic of obesity in the United States (and in many other countries), selling super-rich, super-sweet ice cream was never on the same menu with social justice.

Perhaps sensing that their social justice argument would not be as persuasive as they might hope, Ben and Jerry themselves offer a second explanation in their defense of the company; namely, that pulling out of Israel is the Jewishy thing to do. Here, their arguments are both clichéd and invalid. “We’re not anti-Semites,” they write. Of course not, but your namesake company does now reveal an anti-Israel prejudice and use a misguided claim of social justice imperative to defend it. “We are Jewish,” they write. Of course you are, but that doesn’t guarantee that your actions—or those you defend—are motivated by “Jewish values” and advance “core tenets of Judaism.” “It’s not BDS,” they, and defenders of the actions, write. Actually, if it smells like BDS, sounds like BDS, and does what BDS does, then yes, it’s BDS. In fact, the official Boycott, Divestment and Sanctions organization applauded Ben & Jerry’s actions and called on Unilever to do more, as “there can be no business as usual with apartheid Israel.” But let’s agree to disagree and call it BDS-ish.

Perhaps the most “not kosher” thing about their defense of the company as following through on its social justice imperative, is the arbitrary way whatever social justice formula they use to decide when to, and when not to act, is applied. That is not Jewishy—in fact, Judaism (like many other religions and ethical systems) teaches that sins of omission can be as sinful as sins of commission. Ben & Jerry’s declares that “Silence Is NOT an Option.” Except, as I’ve raised, in the case of Iran. And Syria. And China. And Cuba. And so on.

Ben & Jerry’s is a company that champions select causes. It is not a company guided in a deep way by a social justice imperative. To argue so is meshuga at best. No one says it has to be guided by a social justice imperative of course, but no one should say it is. Its pullout from Israel, no matter how many Jews were involved in initiating it or come to its defense, does not reflect Jewish values. No one says it has to—but no one should say it does.