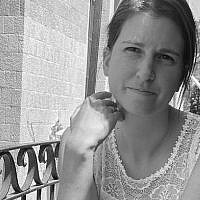 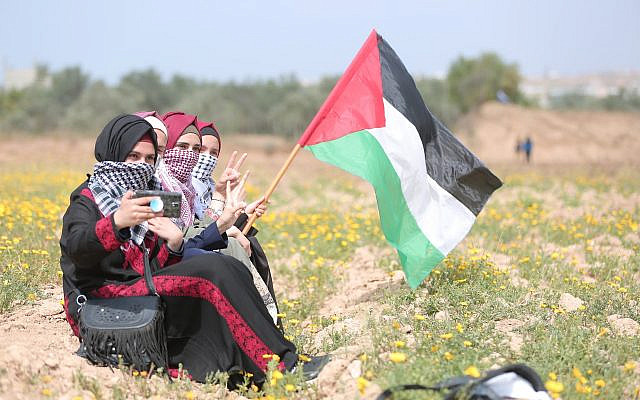 I have a theory that War and Peace would be a better book at half the length. Not because it’s ponderous — it isn’t (on the contrary, it really is a literary tour de force from beginning to end, making its length one of its charms), but because everyone always talks about how long it is, and no one ever talks about the point Tolstoy was trying to make in the telling of the tale. A pity, as the message he was trying to convey is perhaps more relevant to us today than ever before.

The thrust of his argument is that events are not driven by the will-to-power of certain individuals. Rather, everyone, from the lowest in society all the way up to Napoleon himself, is being carried along on a tide of circumstances. All they can do, all any of us can do, is play out our scene as it comes to us.

In a week or so in which Hamas has fired more than 3000 rockets at Israeli civilians, and the IDF has responded by hitting over 1000 targets in Gaza, every man and his dog has a solution to the conflict. Peace is so easy to broker from behind a laptop camera live on YouTube; all you need is a few New York Times headlines and some badly constructed opinions.

Or: “It’s obvious! Israel simply needs to go into Gaza and take out Hamas. Free the Palestinians from Hamas! Then we’ll have peace.”

I like to call these ‘click your fingers’ solutions: if only we could click our fingers to make the bad people go away, the problem would be solved. But these solutions depend upon the will-to-power model of world affairs being correct; they assume that events are being driven by a very few people who are (pun unintended) calling all the shots.

On Monday Sky News tweeted out an interview with a Palestinian lad named Osama. Over images of Palestinian youths burning tyres, throwing stones and causing general mayhem, Osama spoke in English to tell the West: “What you see here is a normal view of Palestinians living their life with the existence of the Israeli occupation. Those people are not having any sort of weapons, any sort of arms. All what they have is the grass and the stones of Palestine. And if you look at this, you will see that most of the people here are young people. Why? Because…

“And plus they haven’t witnessed any kind of intifada before. They are really young, like 17, 16 years old. So basically, those people will never forget their rights. Its been 70 years, and even if it takes another 70 years, nobody is going to leave. We have no other option. This is our only option.”

This is Tolstoy’s tide of affairs model playing out in real time.

Osama is young. He began the interview by explaining that his face was covered not because he was afraid of being seen on camera, but because he didn’t want his mum to find out he was at the border throwing stones.

He wasn’t around when Israel was created, he has not been displaced. The West Bank has schools run by UNWRA, and universities. He speaks English. Yet he believes that his has no other options in life than to cause mayhem and engage in violence. Why?

Whether there ever was a Palestinian people before Israel came along has, over the last 70 years or so, become a moot point. There is one now, and they have a national narrative which runs as follows: The Arab inhabitants of what is now Israel are the rightful heirs and owners of this land. 74 years ago, Jewish colonialists, aided and abetted by the Europeans because of Holocaust guilt, forced the Arabs off the land to take it for themselves, displacing the native population. It is therefore their national duty to reclaim the whole of Israel, to correct the injustice that was wrought upon them.

Far from being sparked by the legal evictions of squatters in Sheikh Jarrah, the root cause of current round of violence is in essence a power struggle between Hamas and the equally radical Fatah, both of whom hold power by claiming to be the most robust upholders of the Palestinian national cause.

Both are open, within Palestinian society, about their desire to see Israel wiped from the map. Both propagate the myth that one day the Palestinian people will reclaim the whole of Israel for themselves. Neither pays even lip service to the idea of a two-state solution in which Jews and Arabs live side by side, nor to a one-state solution in which the whole land of Israel is home to both Arab and Jewish populations living side by side in peace.

Along with their internecine rivals Palestinian Islamic Jihad and the Popular Front for the Liberation of Palestine, plus a rag-tag bunch of others, Hamas and Fatah thrive on the victimhood narrative. As long as they keep pointing the finger at Israel, convincing generation after generation of young Palestinians that the Zionist Occupation is the cause of their dissatisfaction with life, Mahmoud Abbas, Ismail Haniyeh, and various other high ranking officials can continue to siphon international aid money into their own pockets.

It’s a lucrative business. Abbas’s net worth is said to be $100 million, according to an aide. A 2014 article put Haniyeh’s net worth at $4 million at the time, although the same article noted that other senior Hamas officials had fortunes in the billions of dollars.

In the same year, Col. (res.) Dr. Moshe Elad, a lecturer in the Middle East Department of the Western Galilee Academic College told Globes: “What has united the Palestinian leaders all throughout the years is the saying, ‘We have to get rich quick.’ This is how the regime sees it. Their leaders have no shame.

“Shortly after they got power, they took control of fuel, communications, and any other profitable sectors in the country. … Among the Palestinians, they tell you straight out, ‘I want to get rich.'”

But in creating this victimhood nationalist narrative to keep themselves in power and the money rolling in, the radicals in Ramallah and Gaza City have radicalized a whole population. Even among moderate Palestinians who want nothing more than to live quietly in peace, there is still a sense that something was taken from them that ought rightly to be returned, because it has been inculcated in them from a young age. Palestine is the land of the Nakba, every bit as much as France is the birthplace of Liberté, Egalité, Fraternité, or America is the Land of the Free and the Home of the Brave.

Clicking our fingers won’t make Hamas disappear, but even if it could, it wouldn’t matter. We know from our experience with nationalist groups in the West that it is far easier to point young, disaffected men in particular at a perceived enemy who can be blamed for all of their problems, than it is to deradicalize those same young men. And while there are young Palestinians who believe their national myth that their land was stolen from them, Hamas and Fatah must keep serving up nationalist radical policies to win their continued support.

In short, this conflict will never be solved by taking out these or those bad guys. We will never reach peace through pointing fingers. Instead, a new Palestinian national narrative is needed, one which affords them the dignity of living peacefully in this shared land without casting them as perpetual victims.