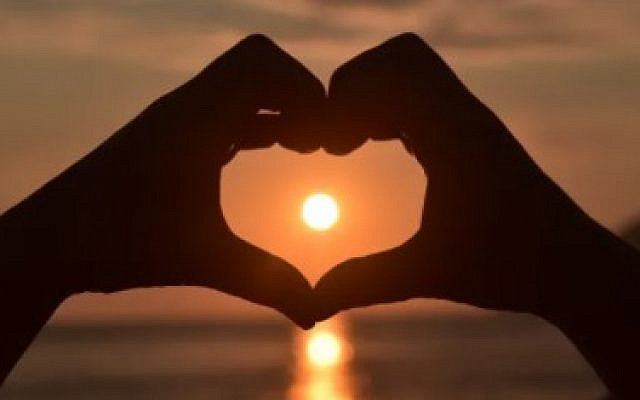 The book of Exodus ends with a long-awaited reunion between God and Israel. On the first day of the first month of the second year of the journey in the wilderness, the Tabernacle is finally erected and adorned with all of the internal vessels, tapestries and furnishings. In one room is a table with bread and a lamp of light, along with an altar offering sweet incense. Then, behind a dividing curtain, is the more ‘private residence’, in which the ark is placed, the place where God is said to reside. When Moses completes the work, the cloud descends upon the Tabernacle, and the ‘glory of God’ fills the room. Even Moses cannot enter. The book of God begins with a God that seems to be absent, but the book ends with God who is front and center in the camp. Just as every Israelite has their own tent and home, now God has a figurative home among the people. While God’s home is ornate, it is at the same time just a tent, just like the home of every person. God is one among the people.

Yet, is this image not patently absurd? The creator of heaven and earth, the One who is beyond space and time is said to reside in a structure that was ten cubits wide and thirty cubits across! This is not my question: King Solomon asked this very question 480 years later. King Solomon gathers the people to bless them after building the First Temple in Jerusalem. He turns to the people, stating that all the heavens cannot contain God, ‘how much less this house I have built’ (I Kings 8:27).  How are we to understand the paradoxical idea of an infinite God residing in finite space, and how are we to apply the lessons of building a Tabernacle in our life?

To answer this question, I would like to share a parable given in a midrash. There was a king, and one of his subjects- a dear friend- was informed the king was coming to town and asked to stay with him. Excited, the subject wanted to honor him, so he prepared a small room in his house, with a bed, a table, and a lamp. He felt great pride that he was afforded the opportunity to host the king and prepared best he could. As he stood from his balcony window, he saw in the distance the king and his entourage approaching. As he watched the pageantry, the sound of the trumpets and the pomp, the friend began to doubt himself, and even felt embarrassed and ashamed. How could this small room suffice? A king who requires much, much more than a table, a lamp, and a bed. (Indeed, we all know of people who will only stay at the most luxurious of places, even if only for a night!) Feeling increasingly despondent and anxious, he quickly cleared the room, deciding to convince the king to stay elsewhere.

Upon arriving, the king seemed disappointed, almost dejected. “Why haven’t you made arrangements for me?” His friend replied that he was in fact ashamed, unable to honor the king in the way he deserved. The king responded, “Don’t you understand? Your very presence is dearer to me than any palace in the world!”

It is interesting that there are many literary parallels between our parashah and the creation narrative at the beginning of Genesis.[1] Both stories are ‘building’ projects. In the creation narrative, the infinite God creates an amazing palace in the form of our world, and we are its inhabitants. In this act of kindness and giving, God places us in a beautiful garden under a canopy of stars. In building the Tabernacle in turn, we create a palace for God. We take from the beautiful things in this world and arrange them in such a way as to create a place for the Divine to dwell.

True, it is not the same as an infinite universe- a universe that is still revealing its myriads of mysteries. Yet, the Torah informs us that the people that contributed and built this structure were nedivei lev, contributing from the heart, completely dedicated to this project. In fact, so much material was contributed, that Moses needed to instruct the people to stop giving! Thus, the Tabernacle in essence was not merely a palace or a building, but an expression of the reciprocal love we have for God. It was our attempt to give God a home, just as God had given us a home. For this reason, even if makeshift and simple, limited and finite in design, the Tabernacle can contain the infinite, for there are no limits to gestures of love. In the act of building a Tabernacle, humanity has found a way to bring holiness into this mundane world, and it achieved it through this very gesture of love. Like the friend of the king, the very gesture of preparing the room is the very gesture most meaningful for the king, because that small room reflects the infinite love of the friend to give that of which he has.

Rav Chaim of Volozhin in his book Nefesh HaChaim understands the entire Tabernacle as a microcosm for the human being. In essence then, the Divine therefore can reside with each of us, if we dedicate our actions to inviting spirituality and meaning into our own lives.

Just like the people built a physical structure predicated on love, and that structure was able to bring the Divine presence in this world, each of us are a Temple, and depending upon how we choose to live, we too can bring holiness into this world. Our finite lives can house infinite ideals.

However, to bring the Divine into this world is not without challenges, and we often fail. After Moses supervises the building of the Temple, the initiation of the priests/cohanim and the building of the Tabernacle, he blesses them. The rabbis consider the nature of that blessing. In one tradition, Moses turns towards the people and simply states, “May it be the will of God that the Divine presence rest in the product of your labors.” The people respond, invoking the 90th Psalm: May the favor of the Lord, our God, be upon us; let the work of our hands prosper, O prosper the work of our hands! (Tosefta Menachot 7:8 and parallel sources; the Pslamist ascribes authorship of this Psalm to Moses.)

This Psalm is said every shabbat in the special introductory Psalms, the pesukei d’zimara, as we look back on our own week. Perhaps the rabbis in invoking this Psalm were not only speaking to a generation long gone but to us. Just like the people responded in prayer that they hoped their labor bring favor and success from God, we also respond to Moses’ prayer, hoping our own efforts in our world also bear fruit. May the work of our hands create a world in which holiness and Divinity can dwell.