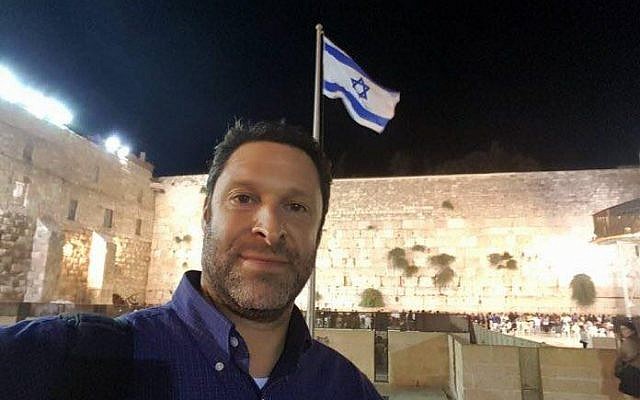 People of Hashem, be Strong and let us strengthen each other and call out loudly to God.

I did not make up these words. These words are from the 1st of the Selichot today – 5th day of Repentance (Selichah 76).

I could think of no more appropriate words to express our feelings on the day after another tragedy in Israel, where a person was killed for no other reason than simply being a Jew.

In this case, the deceased Ari Fuld was an advocate and fighter (Lion) for Israel and the Truth.

On 13th September 2018, Rabbi Lord Sacks spoke in a House of Lords debate on antisemitism in Britain. Below is a video and transcript of his remarks.

My Lords I am grateful to Lord Popat for initiating this debate, and I want to explain why. The greatest danger any civilisation faces is when it suffers from collective amnesia. We forget how small beginnings lead to truly terrible endings. A thousand years of Jewish history in Europe added certain words to the human vocabulary: forced conversion, inquisition, expulsion, ghetto, pogrom, Holocaust. Once hate goes unchecked, the road to tragedy is short.

Antisemitism is the hardest of all hatreds to defeat because, like a virus, it mutates, but one thing stays the same. Jews, whether as a religion or a race or as the State of Israel, are made the scapegoat for problems for which all sides are responsible. That is how the road to tragedy begins.

Antisemitism, or any hate, become dangerous when three things happen. First: when it moves from the fringes of politics to a mainstream party and its leadership. Second: when the party sees that its popularity with the general public is not harmed thereby. And three: when those who stand up and protest are vilified and abused for doing so. All three factors exist in Britain now. I never thought I would see this in my lifetime. That is why I cannot stay silent. For it is not only Jews who are at risk. So too is our humanity.

I want to focus on the word Amnesia. As Rabbi Shlomo Carlebach related:

“All year long everyone in his their way is suffering from amnesia. We forgot what a Jew is, we forgot what a human being is, and we forgot who G-d is. Rosh Hashana when we blow the Shofar, we remember everything. On Yom Kippur, we wash up and on Sukkot we move back into our heavenly abode — to the palace we are meant to live in.

There are so many troubles and suffering in the world today. It is as if G-d is reminding us that if true humanity, true belief in G-d has no home in the world yet. Sukkos we are building a new home for G-d, for all of Israel and via Israel for the whole world. Let the New Year be the year we have been waiting for.”

It is time to stand up and continue Ari’s Legacy and spread the Truth of the legitimate right of the Jewish People to have a Jewish State in their homeland –  Israel and allow all inhabitants to live in peace and prosperity. We need to pray for and share the beauty of Judaism and Israel both to our Jewish Brothers and Sisters and the people of the world.