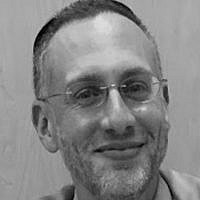 There they were in Moshe’s hands, arguably the single holiest object provided to humanity: luchot ha’even, the tablets of stone, created and inscribed directly by God…

We first learned that Moshe would receive these tablets in the Torah portion Ve’Eileh Ha’Mishpatim (“These are the Laws”):

The Lord said to Moshe, “Come up to me at the mountain, and be there. I will give you tablets of stone, with the Torah and the commandment that I have written, so you may teach them.” Moshe rose up, and Joshua his minister. Moshe went up into the mount of God. (Ex. 24:12-13)

We read about the Tablets again this week in Parashat Ki Tisa after God instructs Moshe regarding the Tabernacle and Shabbat:

He gave to Moshe, when He finished talking with him upon Mount Sinai, two tablets of Testimony, tablets of stone, written by the finger of God. (Ex. 31:18)

Thus we see Moshe ascend on the mountain and receive the word of God, written directly by God. Unfortunately, while Moshe is with God, Bnei Yisrael  have Aaron construct egel ha’zahav, the Golden Calf. Upon seeing this, God informs Moshe of their sin, and says they therefore must all die. Moshe pleads with God to spare them, and God relents (though they will not be spared from harsh punishment altogether). Moshe then descends:

Moshe’s descent is fraught with symbolism. He is taking the presumably perfect product of God’s work – an ideal – and bringing it “down to earth,” to the reality of a nascent nation that has already compromised its newfound sanctity.

At this moment, is it possible that the ideal that Moshe carries in his hands, this divine creation, is powerful enough to overcome and negate the corrupted reality below? Moshe seems to answer this question for us; he is overcome by the corrupt reality, and negates God’s Tablets:

It was, as soon as he approached the camp, that he saw the calf and the dancing. Moshe’s anger burned hot; he threw the tablets from his hands and broke them beneath the mount. (Ex. 32:19)

Pause for a moment to consider what a loss this was for our world. The holiest single object ever introduced into the world, lost in a flash of anger. What if we could have that moment back? Would the world be a different place with the original luchot still in it?

It is worth noting that the language describing the anger that Moshe succumbs to – “va’yichar af Moshe / Moshe’s anger flared” – is the same language describing the wrath of God that Moshe assuaged, “va’yichar api / let my anger flare”. Assuming that the ideal is to not act on one’s anger, Moshe articulates to God a standard that he himself does not meet.

The positive lesson in this, it seems to me, is that we can sometimes influence others to achieve something what we ourselves cannot. Of course, in this case it might help that God is the One that Moshe influences, and an omnipotent Being is likely to have an advantage when trying to achieve something. On the other hand, if even an omnipotent God – One who need not answer to anybody – responds positively to implorations, how much more can we hope for positive results when trying to influence people.

However, there is also a cautionary note here, regarding self awareness. When an occasion arises where we can influence someone to strive for an ideal, we must be mindful of our own limitations, both with regard to how we approach that person and whether we judge someone for falling short of what we consider the ideal.

Here, Moshe seems to fall short of the ideal that he himself asked of God only moments earlier, and we pay dearly. And although we receive a replacement set of Tablets later in this week’s portion, which are still undeniably holy, they differ fundamentally from the first:

These Tablets, unlike the first, are cut by Moshe, not God; it is up to Moshe to make them “like the first.” It will still be God’s words, written by God, but the basic raw material, the writing surface, is provided by Moshe. And these second Tablets, although inscribed by God, are not inscribed by “the finger of God,” as were the first; a vivid image of direct authorship is missing.

It is worth dwelling on the precise language describing Moshe’s act of preparing the second Tablets: “p’sol lecha, cut for yourself.” The first word is striking, reminiscent as it is of the dibrah that prohibits making idols:

It is this very Commandment, this prohibition against making a pesel – a hewn image – that the Israelites seem to violate with egel hazahav, the Golden Calf, causing Moshe to smash the original Tablets! Yet, when it comes time to replace those Tablets, Moshe is told to do the very thing – p’sol lecha – that got us into trouble in the first place!

Thus while on the one hand God determines that we must be punished for the pesel we made, the Golden Calf, God on the other hand validates our need for p’sol lecha, for cutting and creating something for ourselves. Hence Moshe is told “lecha, for you,” rather than simply “p’sol, cut.” This cutting is for us, for our benefit; with our active involvement and investment, we are far more likely to learn what is being taught.

This is a significant value with regard to education, of course. As Israel Scheffler writes:

“Education…implies caring, but caring cannot be coerced or brought about by formula. We can, however, at least make it possible for caring to emerge by providing favorable conditions, respecting all the while the independent student’s autonomy in directing his or her own life’s path. To provide favorable circumstances for caring to emerge is to enable the subject matter to become the property of the pupil. By this I mean that it is no longer to be seen as the alien possession of the teacher or other adults or authorities. When a pupil can say ‘It’s mine,’ s/he has acquired ownership.” The Concept of the Educated Person, excerpted in Visions of Jewish Education, Supplement: Israel Scheffler, eds. Seymour Fox, Daniel Marom and Israel Scheffler (Cambridge Univ. Press, 2003), at 229.

Yes, having ideals and striving for perfection are important. But when the time comes to put those ideals into actions, to share and to teach them – to bring them alive – a top-down approach is unlikely to succeed, even, it seems, when the One at the top is God.

As discussed above, God informs Moshe up on the mountain what the Israelites are doing below, and Moshe manages to calm God down. Yet when Moshe himself descends and sees what is happening, he becomes enraged and smashes the Tablets. Was this a spontaneous fit of rage? Didn’t Moshe already know what was happening and have time to prepare himself? There are several commentaries regarding this moment of Moshe’s anger, which occurs in Chapter 32 verse19. Which of the following makes the most sense to you, or resonates the most? Which depicts Moshe and/or the Israelites favorably, which not as much?