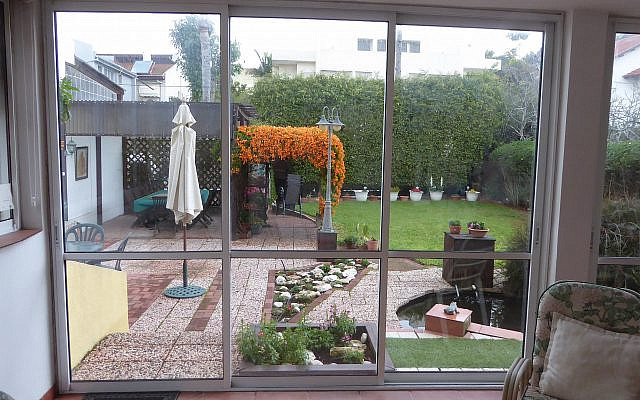 A UK history textbook, currently in use by high schools in the country, asks students to show how the September 11 al-Qaeda terrorist attacks could be connected to the establishment of the State of Israel.

This question appears in Understanding History: Key Stage 3, published by Hodder Education. The section covers the War of Independence and the Israeli-Palestinian conflict in general.

The issue was taken up by IMPACT-se (Institute for Monitoring Peace and Cultural Tolerance in School Education). Its CEO, Marcus Sheff, said that Hodder Education had “dropped the ball in the most embarrassing way possible, putting Jews in the UK at risk in the process.”

He went on to say, “This is the kind of conspiratorial nonsense and delegitimization of Israel we are used to seeing in Middle East textbooks, not in British educational materials”.

Perhaps it is time to look at our own textbooks. Do they help Israeli schoolchildren “Understand History”?

The new history textbooks in Israel’s schools should certainly contain questions about Perfidious Albion. A glance at the dictionary will show that Perfidious means one who does not keep his word and Albion is an ancient name for Great Britain.

So, why was Great Britain known as Perfidious Albion? Because of its many acts of duplicity, and treachery by kings and governments of the UK. We can see many examples of English perfidy, from 1691 when they reneged on the Treaty of Limerick to their behaviour towards the Jews of Palestine during the illegal British occupation of our homeland.

But, let us set some questions for our schoolchildren to investigate. We start with the UK’s responsibility for starting World War II.

Question 1.
Show the direct connection between the 1933 Oxford Union debate, “This House will under no circumstances fight for its King and country” and Germany invading France.

Shortly after the infamous motion was passed, Randolph Churchill tried to bring a new motion to expunge it from the Union’s records, calling it “abject, squalid, shameless”. But his motion was defeated by 750 to 138 votes. Churchill was loudly booed, narrowly escaping being debagged and thrown in the river.

On the morning of December 3, 1944, the British Army killed 28 civilians, mostly young boys and girls. British troops opened fire on demonstrators showing their support for the partisans who had counted Britain as an ally. The crowd, carrying Greek, American, British and Soviet flags, was shouting: ‘Viva Churchill, Viva Roosevelt, Viva Stalin’, but this didn’t save them from British bullets. The British even provided arms to Greeks who had collaborated with the Nazis, to help them with their task.

Britain’s action was the very definition of perfidy. Prime Minister Winston Churchill was worried about the growing strength of the Greek Communist Party. He was planning to return the Greek king to power and weaken the communists. To this end, he dropped his own allies and backed Hitler’s supporters.

If we want our schoolchildren to have an understanding of today’s Perfidious Albion, we need look no further than Brexit.  Britain has backed out of so many agreements that the man in the street cannot keep up.

Question 3.
Show the connection between the start of the evening Brexit news and the power surge as millions of televisions are turned off.

Perhaps the British education system should try learning some of the old proverbs. The one about throwing stones in glasshouses comes to mind.