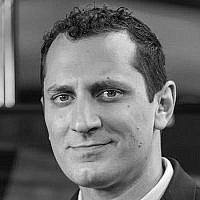 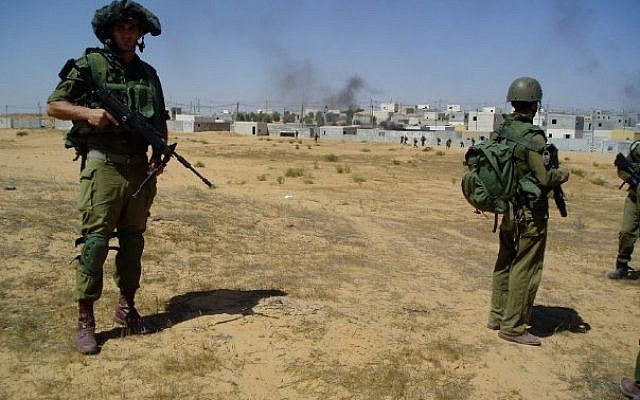 This week an Israeli district court delivered a verdict, barring the film Jenin Jenin from being screened in Israel, and ordering the film’s maker, the Israeli actor and director Mohammad Bakri, to pay reparations to an IDF officer slandered in his 2002 documentary. The false claims that Israel perpetrated a deliberate massacre during Operation Defensive Shield, propagated by his film, were highly damaging to Israel in those fraught years of the Second Intifada. The film was held up by many in the international community, so ready to condemn the IDF in those days. But that operation represented Israel’s long resisted decision to go on the offensive against the terror onslaught, and produced a turning point in the bloody conflict.

The court order unexpectedly brought that year back to me in full force, suddenly reliving some of the horror and hardship of that time. 2002 was a dark year for the State of Israel. It was a scary time, under the heavy shadow of constant terror attacks; massive, deadly, and insidious bombings, shootings, and stabbings. The week of Passover saw a major attack every day, after years of steady blows to Israel’s homefront, and finally pushed the country to send its sons into the darkest hearts of the West Bank’s established terror strongholds. These were areas that no Israeli had entered in years.

That Spring of 2002, I was living on Kibbutz Kfar Giladi, working a variety of jobs to pull my weight in the community as a “volunteer.” It was still a very traditional kibbutz in those years, albeit at the end of an era. After scrubbing endless pots and pans, harvesting avocados, and so many other jobs, my close friend and I worked our way into the commercial fish ponds, providing for the entire area. It was heavenly, hard outdoor work, and we got into it. The multi-acre system of large ponds was managed by two young guys, Dotan and Barak, who took us under their wing, and taught us how to run the place. When Defensive Shield was launched at the end of March, over 20,000 IDF combat reservists were rapidly mobilized, and both Dotan and Barak were suddenly called to war. My friend and I immediately and seamlessly found ourselves in the position to carry on the fish pond operations in their absence. It felt good to do our part.

I clearly recall the day, during the operation, when I walked into the communal dining hall at lunch, just feeling that something happened. The collective energy of a kibbutz is tangible at times. That room was abuzz with the news that a battalion of reservists were engaged in a battle that would become the most notorious of the campaign. As they maneuvered in the tight alleyways of the dense refugee camp embedded in Jenin, the reconnaissance troops tripped a large improvised explosive, while simultaneously pummeled by withering mortar fire. 13 men left their families at home, and died in the battle; a major blow for a single day in Israel. Jenin’s terror strongholds proved a tough adversary and the IDF deployed heavy armor and many troops to take the city. The Palestinians were quick to claim that the IDF’s actions equaled a massacre, spurring investigations. Eventually a UN report in August, 2002 exonerated Israel from any such action in Jenin, while also condemning the Palestinian Authority for using human shields against the IDF. Eventually Israel’s daring incursion uncovered massive quantities of weapons and explosives, including 23 bomb-making labs.

After my kibbutz experience in 2002, I became an Israeli citizen and joined the IDF, where my connection to the events in Jenin deepened. By the time I finished my regular service and entered the IDF’s combat reserves in late 2006, there was another, much more recent war incorporated into the legacy, training regimen, and campfire tales of the IDF. But my new unit turned out to be one of those mobilized to fight Defensive Shield as well. And by sheer chance, during my first week of training with the battalion, I ran into Dotan, who 4 years prior was teaching me to drag nets full of carp, and cook shakshuka in the farmhouse kitchen. A massive and unexpected pride overtook me to know that I was in the unit that I watched Dotan join for the operation in 2002. Rarely in life does the circle complete itself in such a way.

Operation Defensive Shield broke the back of the terror regime arrayed against Israel at the height of the Second Intifada. And while I wasn’t there in Jenin that time, it affected my life greatly. My knowledge of those battles comes from the ones who were there, who risked it all to claw into the dangerous stronghold, and did it honorably. They saved us, quite literally, with their efforts and sacrifice to defeat the terror. The lies of Jenin Jenin and its peddlers, intend only to grandly divert the narrative from the evils of that terror campaign against Israel.  And while that film inevitably has a place in our collective memory of the time, we cannot let it be the leading narrative.