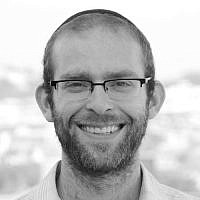 The Blogs
Tzvi Goldstein
Apply for a Blog
Please note that the posts on The Blogs are contributed by third parties. The opinions, facts and any media content in them are presented solely by the authors, and neither The Times of Israel nor its partners assume any responsibility for them. Please contact us in case of abuse. In case of abuse,
Report this post. 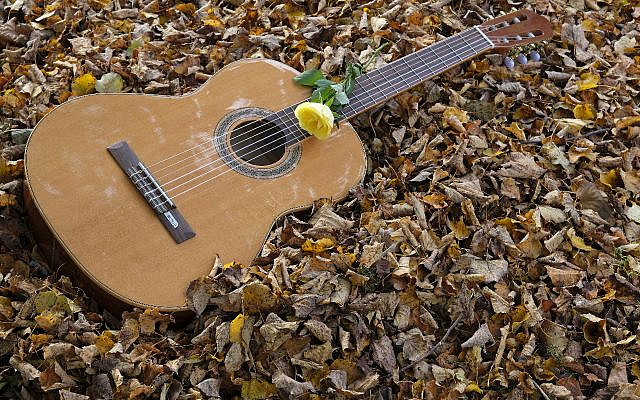 A few years ago, a group of boisterous campers were walking to a set of wooden bleachers overlooking a beautiful lake late on Shabbos afternoon. Every week, the camp closed out Shabbos in that scenic setting, singing a mix of classic and unique “Shaleshudis” songs and finishing with a story and message to take into the next week. As the campers approached the spot, anticipating another inspiring end to Shabbos, one of the campers stopped short. “What’s that, under the tree?” he asked disbelievingly, and started walking closer. As his friends looked on curiously, one blanched and turned white. In seconds, a yell echoed across the lake. “What is my guitar doing here?!” The friend approached, trembling, and explained:

A few nights ago, he and a few friends wanted an impromptu kumzitz. He “borrowed” the guitar without asking, assuming he’d have it back within the hour with no harm done. Unfortunately, they were having such a good time that he forgot the guitar on the side and there it remained, through hot days and cold nights, until it was discovered on Shabbos afternoon. Needless to say, that is not good for a guitar’s health. The owner was shocked; over and over, he kept repeating, “This can’t be happening…this can’t be happening…”

Take a step back. What went wrong here? What was the impact of the friend’s lapse in judgement? First of all, he damaged his friend’s property; the guitar will likely never play as well. It’s also highly likely that borrowing from this friend is off-limits for the foreseeable future. But more importantly, the guitar wasn’t the only thing broken in that encounter – when the guitar was found, the friendship splintered into an explosion of shards. Will they ever be friends again? Can such a wrong be righted?

One of the main themes of the current period, the month of Elul leading into the first half of Tishrei, is Teshuva. The concept of Teshuva, literally, “return,” offers the possibility of fixing, and maybe even erasing, past wrongs. It holds out the promise that with regret and recommitment to the future, God will give us a new lease on life. Rabbeinu Yonah of Gerondi (1200-1264) opens his work Shaarei Teshuva with a broad range of Pesukim directing and encouraging us to repent and improve, no matter how far gone we might think we are.

In fact, the Ramban (Rabbi Moshe b. Nachman, 1194-1270) thinks that Teshuva is the ambiguous Mitzva referenced in Devarim 30:11-14. In context of warning the Jewish people about a national descent into sin and idolatry, leading to being thrown out of Israel, Moshe describes how the nation will realize that they must return to God. However, what will encourage them to exert themselves to the extent necessary for a full Teshuva? In response, Moshe rhapsodizes about the accessibility of a real return:

“It is not in the heavens, that you should say, “Who among us can go up to the heavens and get it for us and impart it to us, that we may observe it?

Neither is it beyond the sea, that you should say, “Who among us can cross to the other side of the sea and get it for us and impart it to us, that we may observe it?

No, the thing is very close to you, in your mouth and in your heart, to observe it.”

The Rambam (Rabbi Moshe b. Maimon, 1137-1204) points to a different source for the Mitzva of Teshuva. In Bamidbar 5:6-7, the Torah describes someone who steals from a convert. Without any natural family and a latecomer to the community, he is one of the most vulnerable members of the nation. For just such a case, God declares that the offender has not only done wrong against the victim, but has rebelled against God as well, and must confess and return the stolen goods (While there is a discussion whether the Rambam believes Teshuva itself is a Mitzva, or simply the act of confession is mandated but Teshuva is left optional, he at least introduces Hilchot Teshuva listing repentance together with confession. For example, see Minchat Chinuch 364:1). Rather than locating Teshuva as part of the destiny of the Jewish people, the Rambam focuses in on the individual sin that needs to be addressed.

A third possible source returns us to Rabbeinu Yonah’s Shaarei Teshuva. There, he writes that Teshuva on Yom Kippur is mandated from Hashem’s description of the effects of the day:

“For on this day atonement shall be made for you to cleanse you of all your sins; you shall be clean before the LORD.” (Vayikra 16:30)

While the simple read of the verse sounds like a redemptive promise, Rabbeinu Yonah reads it as an imperative: do what must be done to clean the slate and repair the relationship. Rather than focusing on an individual sin, as the Rambam did, Rabbeinu Yonah discusses, in Rav Aharon Lichtenstein’s term, “majestic” Teshuva. The goal is not expiating a single sin, but rather a sweeping reform of one’s personality, renewing one’s relationship with God.

Thus far, we have seen three perspectives on the source of Teshuva in the Torah: as part of our national destiny, as a response to a single sin, and the way for an individual to repair his entire relationship with God.  But what exactly is Teshuva? Throughout the ages, thinkers have described Teshuva in different, thought-provoking ways. Here’s a small sampling of those perspectives:

Teshuva is more than simply apologizing and making up for a sin. It’s more than just a Mitzva. Teshuva is an opportunity, and an obligation, to take our relationships with God to the next level, through any of the perspectives mentioned above. In the story above, the friend messed up badly. By taking ownership of his mistake and committing to being more careful and respectful in the future, and then painstakingly demonstrating that to his friend whenever possible, he can communicate a new level of consideration that wasn’t present in the relationship beforehand. While it takes time and conscious effort to fully heal such scars, beneath the surface lies the potential for an even stronger, tighter bond.

About the Author
Tzvi grew up in Chicago and made Aliya in 2019. He has taught/teaches in a number of formal and informal contexts, including Har Sinai NCSY, Shul Youth Director, and Yeshivat HaKotel. He credits his years of experience in Camp Yagilu, a unique Orthodox wilderness summer program, for his leadership style, teambuilding experience, and unbelievable stories.
Related Topics
Related Posts
Comments