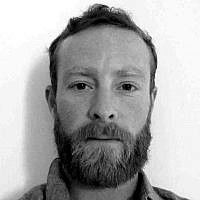 The Blogs
Nathan Hersh
Apply for a Blog
Advertisement
Please note that the posts on The Blogs are contributed by third parties. The opinions, facts and any media content in them are presented solely by the authors, and neither The Times of Israel nor its partners assume any responsibility for them. Please contact us in case of abuse. In case of abuse,
Report this post.

After the kidnapping and murder of Naftali Frenkel, Gilad Shaar and Eyal Yifrach, the Jewish nation mourns.  Israel is angry, and rightfully so; can our children not even hitchhike without the possibility of abduction and murder?  Do our neighbors hate us so much that they want to kill our children even if it serves no purpose?

The tragedy turns still uglier as we mourn.  Following protests in Jerusalem, with signs calling for revenge and chants denigrating Muslims and calling for death to Arabs, the body of sixteen year-old Muhammad Hussein Abu Khdeir was found murdered. Prior to the grisly discovery of Muhammad’s body, social media was filled with demands that the state institute the death penalty for terrorism, and for the Israel Defense Forces to exact revenge against Palestinians. Still uglier, following Muhammad’s murder, there were posts on facebook and demonstrations celebrating the killing.

Since that terrible night when the Israeli boys were kidnapped and murdered, the Israeli government has been condemning all Palestinians. Prime Minister Benjamin Netanyahu laid the blame on Palestinian Authority President Mahmoud Abbas, and even after the P.A. president called for the boys’ release and decried the kidnapping, Netanyahu continued to criticize his leadership and insinuate his culpability.

Following the kidnapping, the I.D.F. and Shin Bet arrested hundreds of Palestinians throughout the West Bank. Ahmad Arafat Samada (20), Mustafa Hosni Aslan (22), Mohammed Dudeen (15), Muhammad Ismail Atallah Tarifi (30) were killed during the raids. Fatima Ismail Issa Rushdi (78) died of a heart attack during an Israeli raid on the Arruba refugee camp. On the night of June 30, after the discovery of the bodies, sixteen year-old Yussef Abu Zaghah was killed during clashes in Jenin. Then there was the revenge killing.

Those Palestinian victims have families that will likely never mourn the death of another Israeli. Their friends and neighbors will forever see the brutal, senseless murder of Naftali, Gilad and Eyal through the lens of their own loved ones’ senseless deaths. And the Palestinians will always remember the events of June 2014 according to a completely different narrative, reinforcing this conflict for yet another generation.

The coalition in the Knesset offered no alternative to revenge, and did nothing to prevent the kidnapping from becoming another manifestation of tit-for-tat bloodshed. They set the standard of who should mourn and they punished those whose mourning didn’t meet that standard.  What’s worse: they ignored those Palestinians who had mourned with us. For example, Israeli and Palestinian members of the Shorashim/Judhur cooperative project met to grieve this tragedy together, as a community. Rabbi Michael Melchior and Sheikh Ibrahim Al-Hawa of Jerusalem led an interfaith prayer service with Jewish and Muslim participants. Yishai Frenkel, Naftali Frenkel’s uncle, spoke about the condolences and messages of support he had received from Palestinians.

But the government made it impossible for Palestinians to mourn these boys. They cursed all potentially sympathetic Palestinians as a part of the same community that allowed the tragedy to happen, and pushed them to hate us by bluntly punishing all of them. Those Palestinians who also wanted justice for Eyal, Gilad and Naftali were offered settlements and promises of revenge. This is coercion in its most cynical expression.

Jewish Home party leader Naftali Bennett has always been adamant about directing anger toward “the Arabs,” and he wanted revenge far more than he wanted to scrutinize the security situation that allowed the kidnapping to occur. Bennett is known for shrugging off the murder of Palestinians, and this incitement is responsible for the revenge killing and the death that will ensue from it.

Defense Minister Moshe Yaalon suggested that building new settlements in memory of the three boys is a just response. The right now targets the left in their coercion, offering only their perverted justice, and manipulating a nation’s anger into political gains.

Justice is not killing Palestinian children, and it isn’t building more illegal settlements.  Justice is doing everything necessary to make sure that no family—Jewish or not—will have to experience this again. But until the government internalizes its failure—that this happened because military occupation cannot protect Israel—instead of deflecting responsibility to the Palestinians, don’t expect it to do anything to prevent the next tragedy. Don’t expect Naftali Bennett or Benjamin Netanyahu to take one step toward ending the cycle of violence, steps such as ending Israeli incitement and denouncing calls for Arab blood from the beginning. It is up to the government to turn the nation’s grief into justice, and it failed.

This article first appeared on the Partners for Progressive Israel Blog.

About the Author
Nathan Hersh is the Managing Director of Partners for Progressive Israel, a nonprofit devoted to civil rights and social justice in Israel and the Occupied Territories. He served in a combat unit of the IDF from 2009 to 2011, and holds an MA in Conflict Resolution and Mediation from Tel Aviv University.
Related Topics
Related Posts
Comments