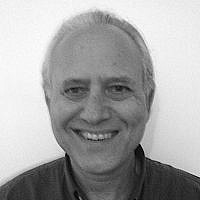 The Blogs
David Miron-Wapner
Apply for a Blog
Advertisement
Please note that the posts on The Blogs are contributed by third parties. The opinions, facts and any media content in them are presented solely by the authors, and neither The Times of Israel nor its partners assume any responsibility for them. Please contact us in case of abuse. In case of abuse,
Report this post.

In preparation for Pesach this year, I offer you an eco-spiritual message that the story of Pharaoh and our liberation from Egypt parallels the situation facing humanity today in confronting the climate crisis. Climate change, my friends, is not a distant threat. It is a current reality.

Humanity only recently has acquired the God-like power to disrupt the Earth’s natural systems which were set in motion as an integral part of creation. By burning fossil fuels we impact systems of interactive and mutually re-enforcing feedback loops, like the release of methane from the warming of long-frozen tundra. Earth’s systems evolved over the eons for a purpose – to support Life. Not just human life. Not just now. All life, for millennia to come, in all its glorious, wondrous, diverse and awesome forms.

Pharaoh, the human embodiment of divine power, repeatedly refused Moses’ entreaties in spite of mounting and devastating evidence of a greater power. God hardened Pharaoh’s heart. Like Pharaoh, we have heard the incontrovertible scientific evidence, the real facts. We are bringing Plagues upon ourselves with every particle, ounce and every ton of CO2 we emit; drought, wildfires, floods, melting ice sheets, acidification of oceans, massive coral reef bleaching, loss of biodiversity, scorching heat, intense hurricanes, species extinction. We are hardened, fearful, feeling powerless, when indeed liberation is in our own hands. People’s behavior will not change out of fear or guilt, but through faith and trust that together with others we can build a better future for our children and grandchildren.

While “hardened” is the popular English translation, in a revealing passage, Deuteronomy 10:15 uses the same Hebrew word in speaking of the heart as being covered, trapped and impenetrable, literally “uncircumcised.”

Today’s overwhelming scientific evidence has not fully penetrated humanity’s heart. Like Pharaoh, we have refused to heed the facts in front of our eyes that continuing our conveniently wasteful practices is perilous. Humanity today is enslaved by its addiction to fossil fuels. Though possessing knowledge of its harm to us and the Earth’s ability to maintain a comfortable climate, we continue to drill, frack, and extract every last drop of ancient sunlight trapped below the surface.

In my telling of the story, Pharaoh is the one addicted, both to the free labor of B’nei Israel slaves and to his own image as all-powerful. As with “Mitzrayim”, we hold fast to the constricting illusion of endless growth and development, that Earth’s ecological limits can be ignored with impunity.

The Haggadah instructs us to place ourselves in the narrative, to feel it as a living story for our times. We need to see both the Moses and the Pharaoh within. See ourselves as if we too are liberated from Mitzrayim, the narrow place, the place of constriction, the place of addiction. At the same time we need to look honestly and courageously at ourselves in the mirror and acknowledge that inside we too each carry the arrogant oppressor.

Today, ours are the hearts encased. Enslaved by an illusion of separateness, from one another, from other species, from the Earth itself. How do we remove the covering on our hearts and help others do so as well? Once opened, freed of its outer shell, how do we soften our hearts, especially men, and avoid reverting to old patterns of abusing our power?

The Haggadah tells the story of one people, B’nei Israel, a large clan at the western edge of the Fertile Crescent in the heart and cradle of the agricultural revolution.

The clan’s own agrarian economy is decimated by a persistent drought. Springs, streams and reservoirs are dry. Life in Canaan is no longer sustainable for B’nei Israel. They had not prepared. They did not see it coming. Maybe they were in denial.

As befits a powerful mythic story, Joseph a beloved son of the tribe’s patriarch, rises from the pit into which he is cast by jealous brothers. Stunningly he ascends to the pinnacle of power because his shepherding experience allows him alone to interpret the evidence hidden in Pharaoh’s dreams. With his unique abilities, he is put in charge of organizing resilience to the changing regional climatic conditions. Therefore Joseph is in a position to offer his refugee family asylum.

As a traditional people in an imperial backwater, B’nei Israel lived on a smaller scale than the far greater, urbanized civilization of Pharaoh’s Egypt. Their culture, in tune with the fragile ecology between the desert and the sea, revolved around the land and its seasons.

Similar dramas of drought and floods, are playing out today in front of our eyes. Strong evidence suggests that the chaos, brutality and refugee crises in Syria stem from a 2006-2010 drought of a magnitude not seen for over 900 years. Seeking refuge from the failed agrarian economy, first in the already overcrowded cities of a collapsing state; then, in Europe, where the iconic image of a lifeless boy on a Greek beach aroused universal compassion, but far too little action, too slowly delivered.

Initially, all was harmonious for B’nei Israel in Egypt. Everyone prospered. The economy grew, especially with a new source of productive labor and entrepreneurship. By the time the drought was over, the clan had re-settled amidst its hosts.

Long after Joseph, B’nei Israel became trapped in “Mitzrayim” exploited, oppressed and enslaved, yet still clinging to its original identity. They sought liberation from the bondage of constriction they themselves were building brick by brick, to celebrate wilderness wandering and get back to tending their own gardens as an integral part of the ecology of their own land.

We can learn a few practical lessons this Pesach to alleviate the climate crises. Symbolic blessings call upon us to deepen our awareness of the sources and real costs of what we consume; the carbon footprint of the production, transportation and delivery systems; the impact of pesticides and herbicides on human and environmental health; and the impacts of industrialized agri-business on soil and water. We can demand and purchase fresher, local food alternatives. We can reduce waste. We can consume less meat. We can compost, as individuals and as communities. Above all, we must seek to liberate ourselves from addiction to fossil fuels. All of it is in our power.

The Pesach story wisely teaches an inter-generational perspective. It is a story of hope, liberation and redemption. What we do matters, here and now, and to countless generations of our people to follow. Informed, concerted action offers hope and empowers our own redemption and renewal.

Let us resolve this Pesach to adopt new ways of living as an integral part of the ecology surrounding us. Let us seek new ways of being in harmony with the source of all life, “Shechinat makor chai’einu”, the feminine aspect of God; the source of liberation and nurturing.  May we be blessed this Pesach with the capacity to open ourselves, to soften, to repent, to become more receptive, turning towards a new balance in our relationship to others and to the only home we know.

About the Author
Bio: David Miron-Wapner has been Israel director of the US-Israel Science & Technology Foundation for 15 years. He also directs Sustainable Technology Projects for the Yoyah Group. He is an environmentalist and attorney licensed to practice in both California and Israel. David immigrated to Israel in 1980.
Comments