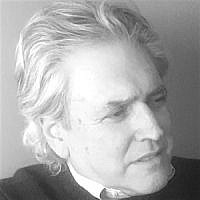 The Blogs
Joshua Resnek
Apply for a Blog
Advertisement
Please note that the posts on The Blogs are contributed by third parties. The opinions, facts and any media content in them are presented solely by the authors, and neither The Times of Israel nor its partners assume any responsibility for them. Please contact us in case of abuse. In case of abuse,
Report this post.

Is it back to yesterday because Adolf Hitler’s opus Mein Kampf is being sold again in Germany and being scooped up by the German reading public?

After being banned for 70 years, is a first day sell-out of Mein Kampf across Germany something we should note or would we as Jews be better off burying our heads in the sand and ignoring the return of a publication that predicted and outlined the Holocaust and the Nazi’s twisted ambitions to rule the world?

Any way we choose to look at this return of Mein Kampf, 70 years after Hitler committed suicide in his Berlin bunker, Germany is once again forced to confront its Nazi past.

Is Hitler coming back from the dead in all his terror and might to lead  another Holocaust? Or is it simply curiosity?

At the Jewish Journal we highlighted this event and tried to give some insight into the return of Mein Kampf. We used as our front cover, the book jacket from the 1925 edition, written while Hitler was in jail in Landsberg Prison in 1924 after being convicted of treason following his attempt to take over the German government in a failed coup in 1923.

That book cover front page caused a furor among many Jewish readers.

In general, there was a shared general sense of outrage that Hitler’s image should adorn the cover of a Jewish publication. Many of our privileged, educated, older as well as younger suburban readers expressed horror about the cover. Had the Journal gone mad, some of them wondered.

The Journal, to some, was guilty of perpetrating a worse crime than the promises Hitler made in Mein Kampf.

We distribute 20,000 Journals in Greater Boston. Many are delivered by mail. Many more are delivered to a variety of businesses and institutions, including synagogues, school departments, Jewish community centers and on and on.

Some of our local rabbis felt the need to remove the Jewish Journal with Hitler’s image on its cover from their vestibules so the congregants wouldn’t be made to suffer having to look at his image. Some rabbis believed such an image was inappropriate to be allowed inside a synagogue.

At a Greater Boston Jewish community center, copies of the Journal were removed by irate members who feared that their children would somehow be hurt by viewing Hitler’s image. The same was done at several Jewish days schools in Greater Boston.

I wondered what these same well meaning Jews would do when Schindler’s List came on the television or when the History Chanel showed clips of the extermination camps? Did they shut their televisions and then call the station to protest?

And what if children were watching Schindler’s List or learning about the Holocaust in their school textbooks. Would their parents demand that the schools remove the image of Hitler from their text books?

“One reader asked,”Why is Hitler on the front cover? ! Horrible!”

But the cover wasn’t about Hitler any more than the story about Mein Kampf was simply about the book being sold again in Germany.

The cover was about anti-Semitism – about the memory of the 6 million who died because of the Nazis and Hitler and why we should all worry that it could happen again.

The article was about the history of our people, about the extermination of our people in during the Second World War, about the erasure of Jewish society throughout all of Europe – and now Israel faces the same type threats from everyone surrounding the Jewish state and among JJN012116PgA1haters spewing their venom against the Jews all over the world.

A lawyer friend asked why Hitler was on the front page.

I replied: “As to Mein Kampf and its author Adolph HItler appearing on our front page, I leave you with the comments of Hans Frank. He was the murderer and slaughterer who was Hitler’s governor general in Poland.

“A thousand years will pass and the guilt of the German people will never be erased.”

American Jews are likely to continue their submissive nature and their inability to confront some of the harsh realities of history because such thoughts hurt – and images of Hitler are better left buried, they suppose.

To be afraid to look at Hitler’s image is one thing. To hide our children from viewing it is another.

History does repeat itself. Or in the profound words of the great George Santayana: “Those who do not remember the past are condemned to repeat it.”

About the Author
Joshua Resnek is the publisher of the Jewish Journal in Boston.
Comments