Trying to catch street atmosphere during the Coronavirus pandemic confirms the feeling we’re living in historic times.
Just next to my house I find 2 neighbors in an active dialogue but seating a few meters from each other, even in a more strict way than the rules require.
At the entrance to the Arab village of Isawiya I see a Magen David Adom ambulance with the medics wearing protection equipment called to evacuate a patient suspicious of being sick with the Coronavirus. They wait to the Border Police to escort them as they are not allowed to enter the village alone because of stone throwing atacks against Magen David Adom ambulances in the past.
Begin road that connects north and south of Jerusalem is quiet, in town some residents take a walk enjoying of nice weather, empty roads and total silence.
In the Old City I meet 2 men that the Coronavirus doesn’t prevent from them coming to the Jaffa Gate to feed the seeds even in the special circumstances.
A man and a child don’t waste a second of their sport activity and keep jumping on the spot as policemen check their ID to confirm they are allowed to enter under the movement limitation rules that permits entrance only to its residents.
Arab women wait on the line at the post office wearing the compulsive mask and combined with the traditional hijab only their eyes are visible.
After passing through the closed shops of the Arab Bazar I arrive at the Holy Sepulcre where I find a Catholic priest outside the closed church, observing the sky, may be looking for an answer. 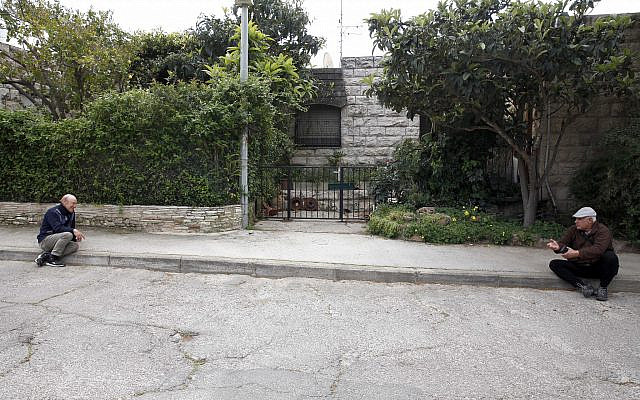 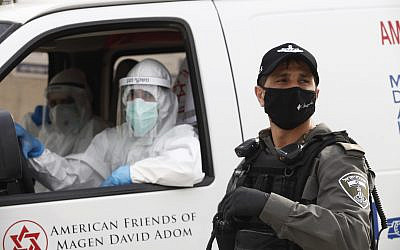 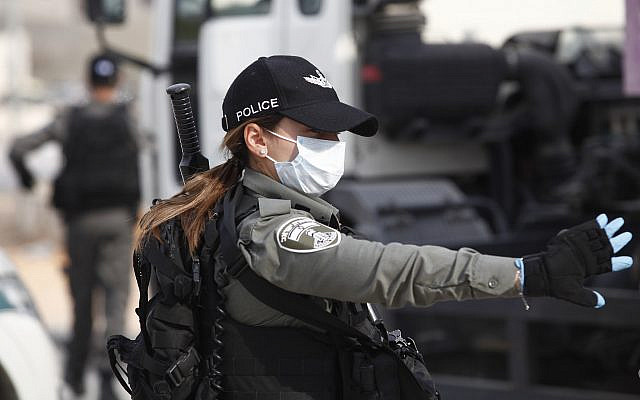 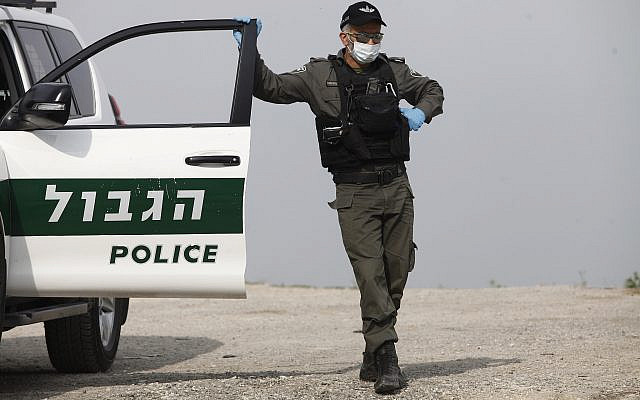 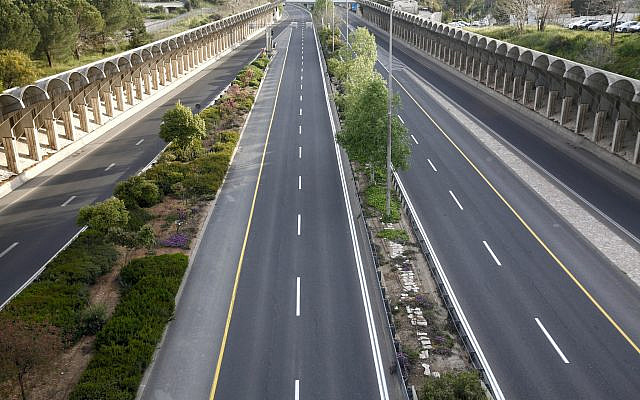 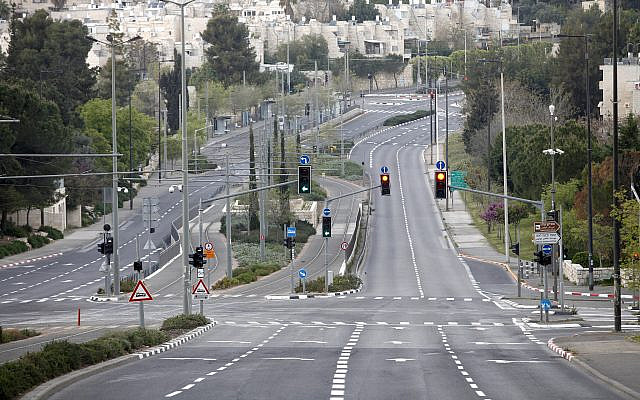 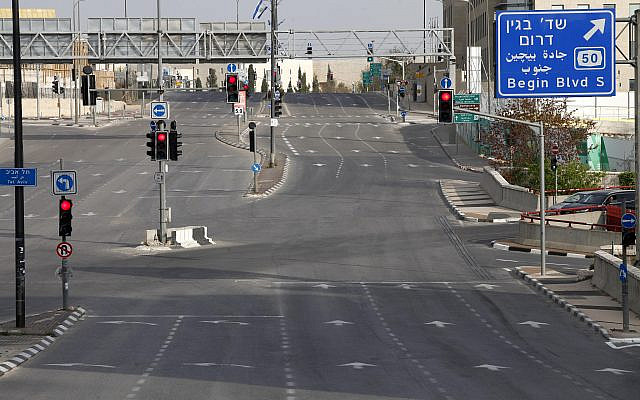 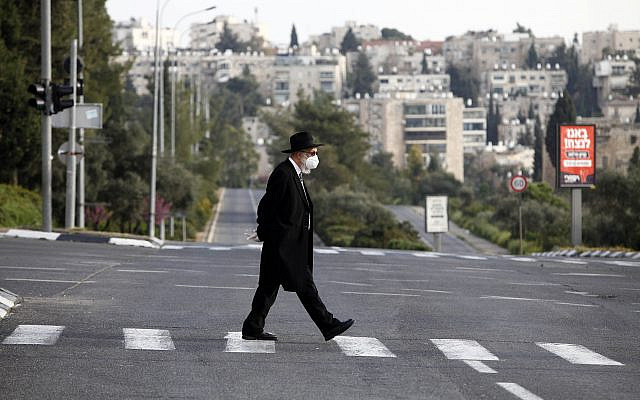 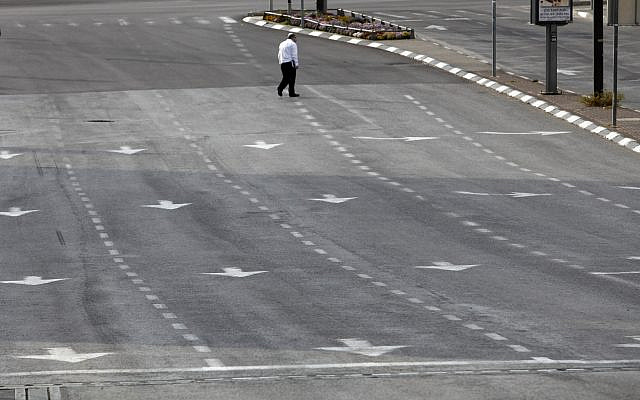 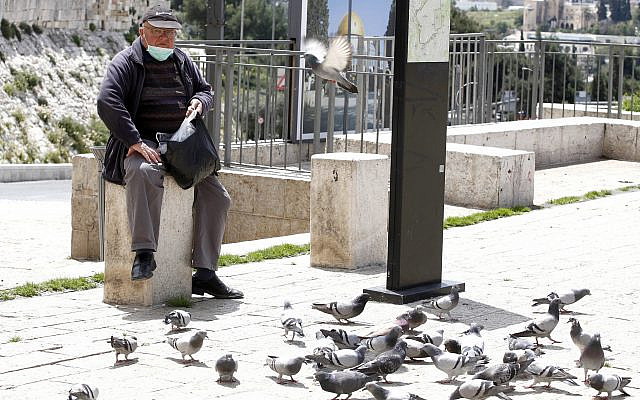 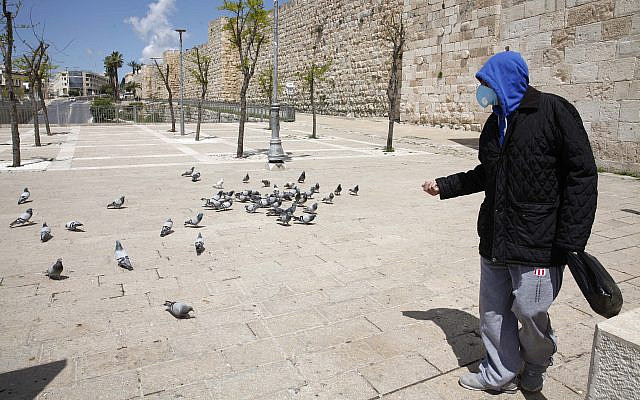 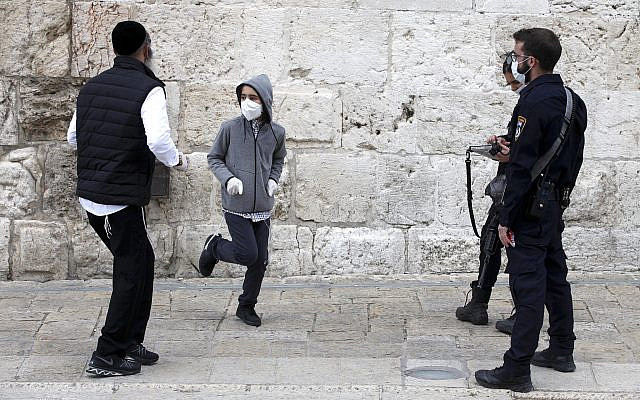 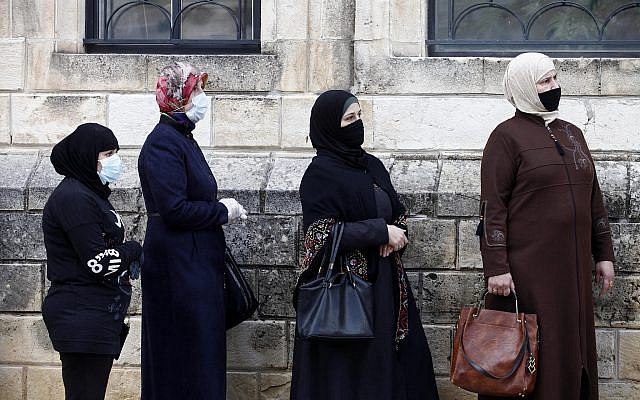 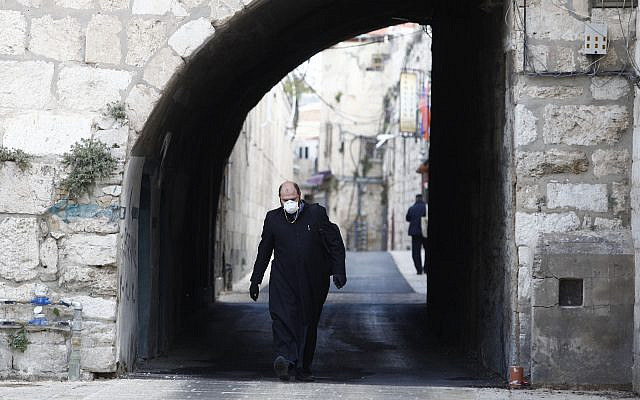 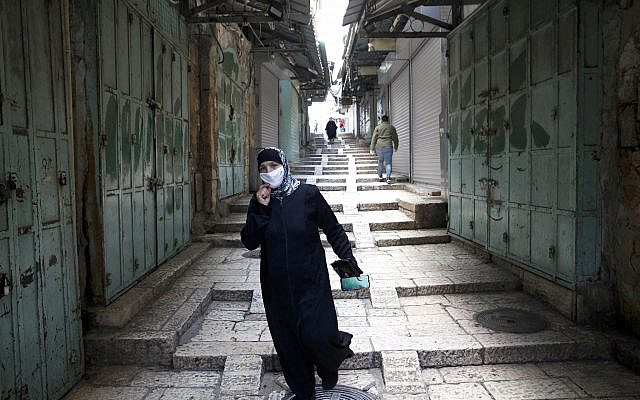 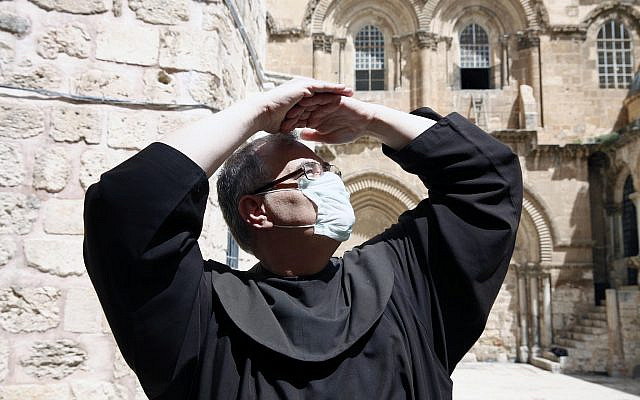